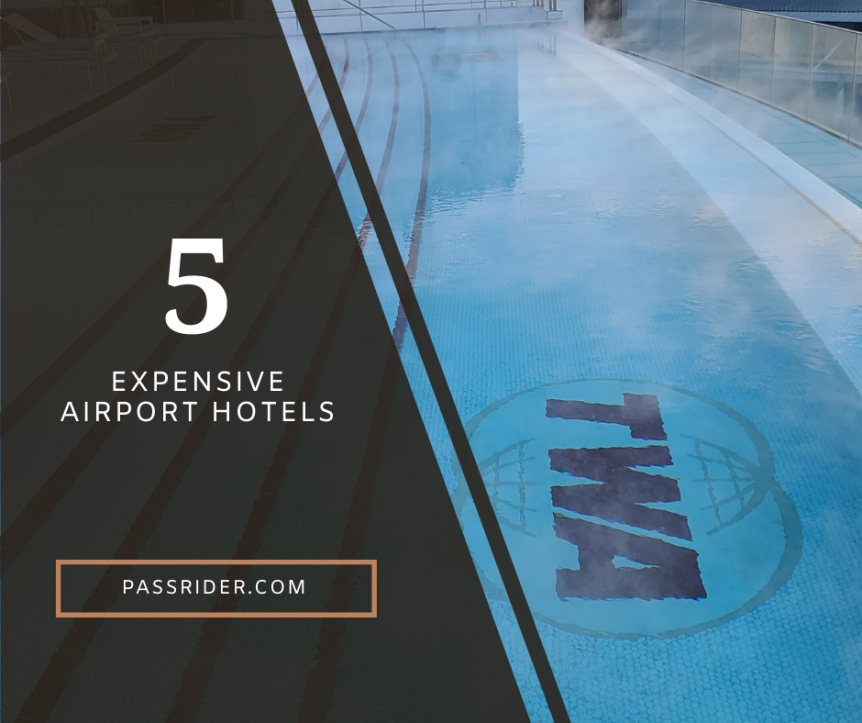 The most expensive hotel I’ve every stayed that I paid for is The Stanford Court in San Francisco, CA USA. there was some event in town apparently and the entire city was booked. I walked around for about two hours and if you know San Francisco, CA you know that takes a lot of effort with the hills. Flabbergasted, I paid $350/night and called it a day.

But, I digress; this post is about expensive airport hotels. Let’s take a look at some of the more expensive one, I’ve encountered, but didn’t stay.

I recently was looking for a place to stay one night in JFK. I had stayed here before a few months ago and paid $245, which is expensive, but as an aviation geek you have to stay at this hotel at least once. But on this night I was not feeling up to doing the AirTrain to Federal Circle and then wait in the cold for the hotel shuttle bus. So I checked on the rates; it was $450! I ended up staying at the Hampton Inn which was expensive at $178 plus taxes.

Now, while writing this article, I checked on the current rate tonight for the TWA Hotel and its $582! 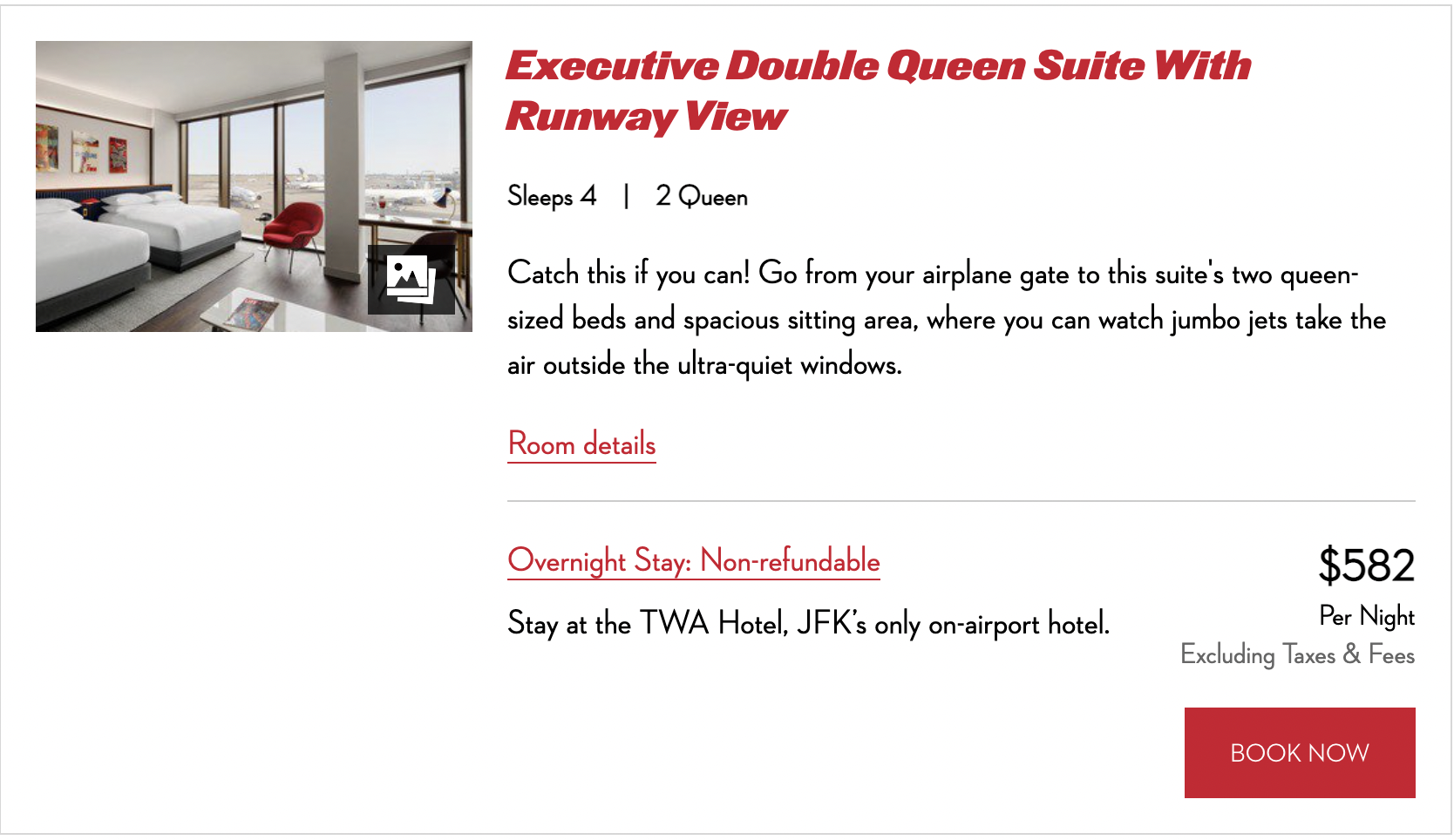 Now, this is a very nice room as you get to lie in bed and watch planes taxi, takeoff and land. I mean how cool is that?

I had an eight hour layover in Doha enroute back to Houston. I was really looking forward to staying at the Oryx Hotel as I’d heard so much about it. But silly me, didn’t book right away and even if I did I could not afford it as looks like the standard price is QAR 1,390 which is about $381.76! Good grief.

When I got to Doha, it was nuts and I really wanted a hotel room, so I checked and they actually had one room left and the front desk clerk said it was $525! I thanked him and made a beeline for the elevator to get back downstairs. I don’t even think I took any photos as I’d wanted to. 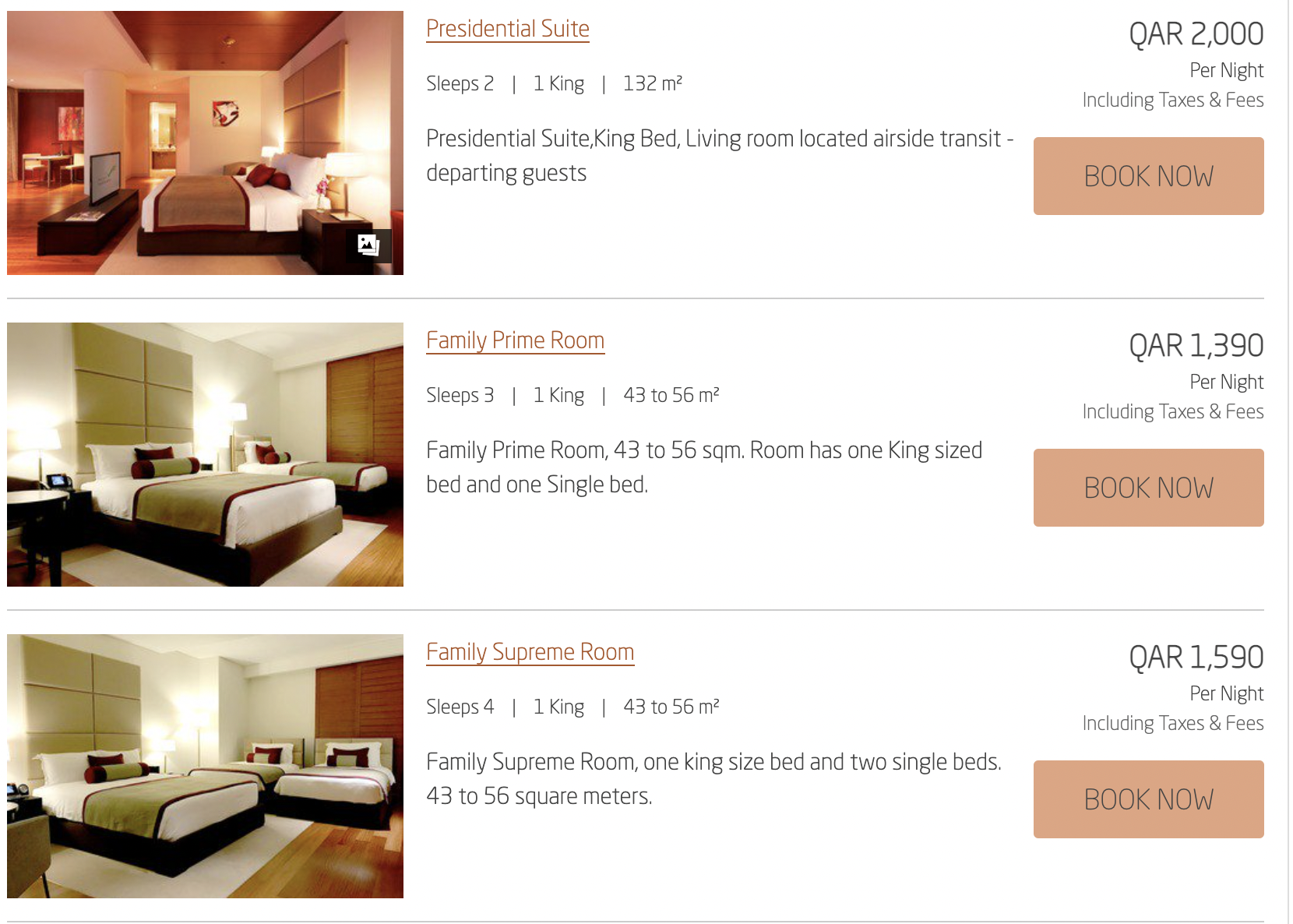 Looking for A Hotel?

I’ve stayed at this hotel twice I think. Once I had flown in from Sydney, Australia and I had an early connecting flight and was too tired to get on the train go into the city to sleep for a few hours and then head back to the airport. Don’t get me wrong, it was a nice room and I’m an IHG Spire Elite, so I scored the upgrade which gave me a huge suite where I could invite half of the airport to hang out and I’d still have room for more :-).

I’ve stayed in the Aerotel Transit Hotel in this airport before, but not the Ambassador one. Aerotel was a lot cheaper. The Ambassador maxes out at $417.00 for 24 hours. 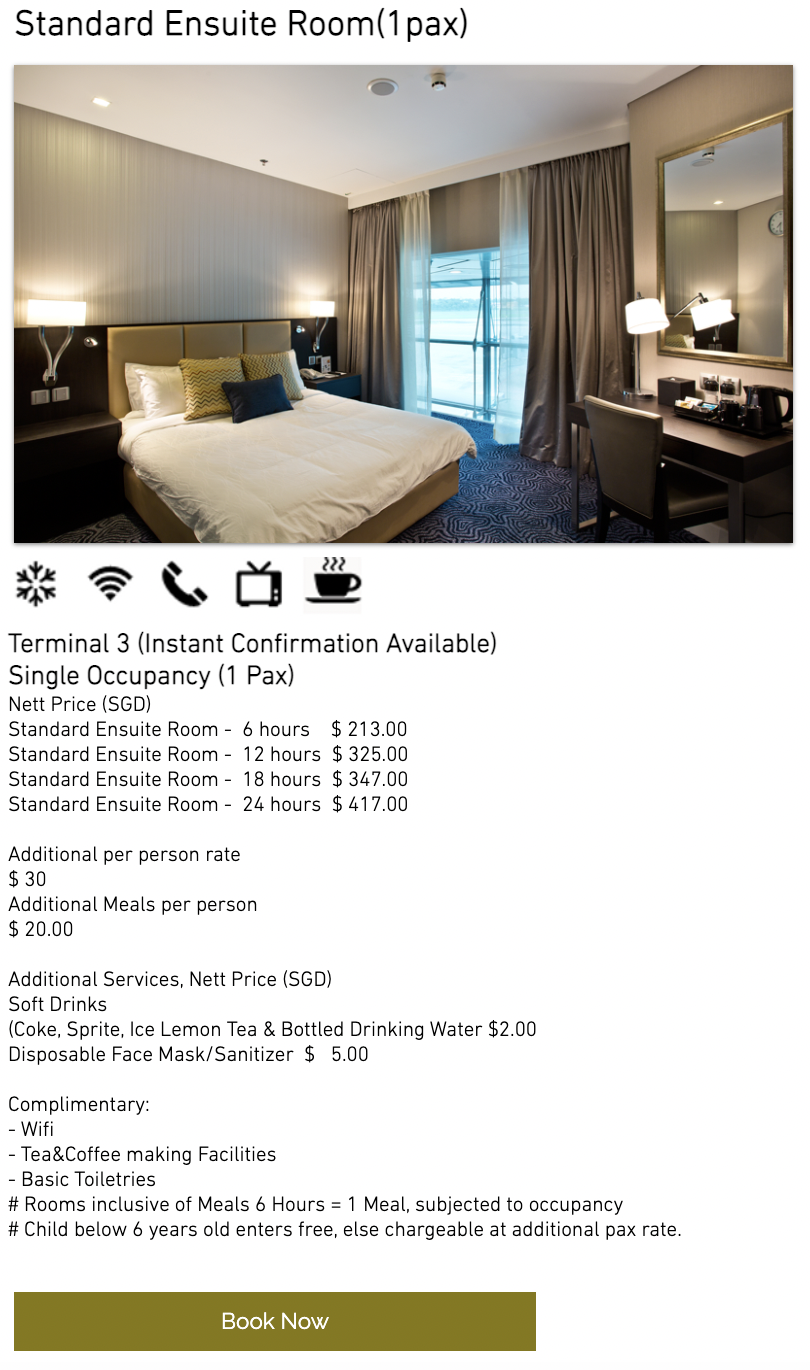 I’ve not stayed at this hotel as yet. Partly due to the fact that the rates are always so high at $340. It does have a fantastic room that allows you to keep an eye on the airplane at the gates though. Of course if you have Hyatt points, this may be a place to use it. 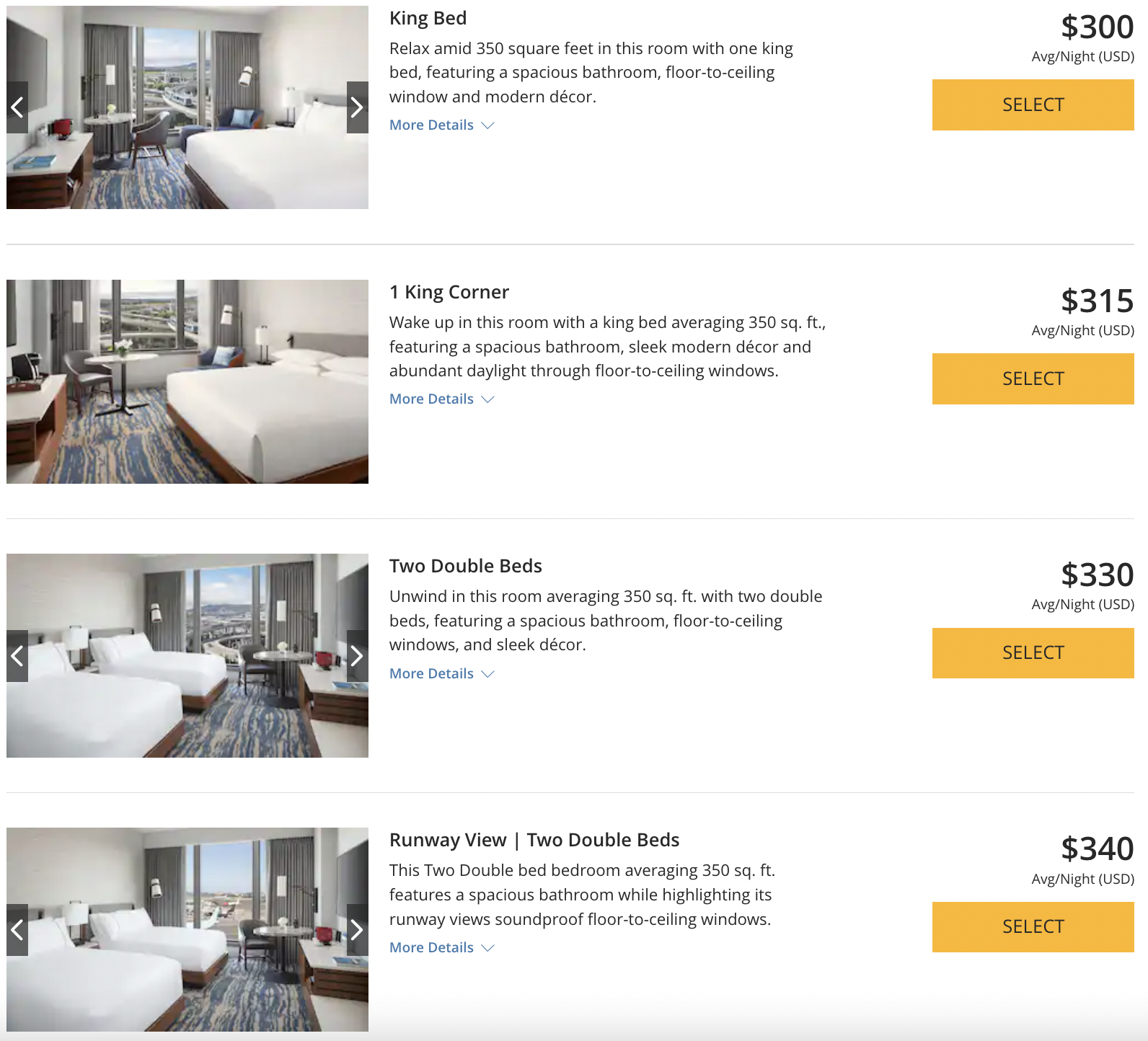 What have you found in your travels?

What’s the most expensive airport hotel you know of or have stayed in? Leave a comment below.