We hear a lot about how the airlines are terrible and how people ate them. But you rarely hear about the good news like this compassionate Air France flight attendant on my flight from Dubai to Paris on 19 November, 2021.
My flight departs at 3:30a from Dubai to Paris, France. These flight times from the Middle East are horrid, but necessary so that the flight connections are made to the rest of the world. I certainly wished they were better.

It didn’t help either that I was up early at about 6:30 a.m. So needless to say at 3:30a.m. today without sleep I was super tired.
I groggily boarded my flight and took my seat, saying hello to the crew as I boarded. We talked about the seats and she checked if the middle and/or the aisle was going to be empty. The middle was empty, but the aisle was taken. She did mention that the row across the way would be open and that she’d keep an eye out for me. But as it turns out, someone claimed it. Not to worry at least the middle seat is open. She even came back and gave me the update on the seat status and asked if I want to switch to the other side. I told her I was fine and she smiled and continued with her duties.

I could barely keep my eyes open after pushback and actually ended up falling asleep before we took off into the night skies. I did actually awoke when we lined up with the runway though, but fell asleep soon after we were airborne. So much so that I barely got some photos of the takeoff.

Dubai Airport on takeoff at night

I had dinner (a light snack) when they served it right after takeoff, but went right back to sleep. 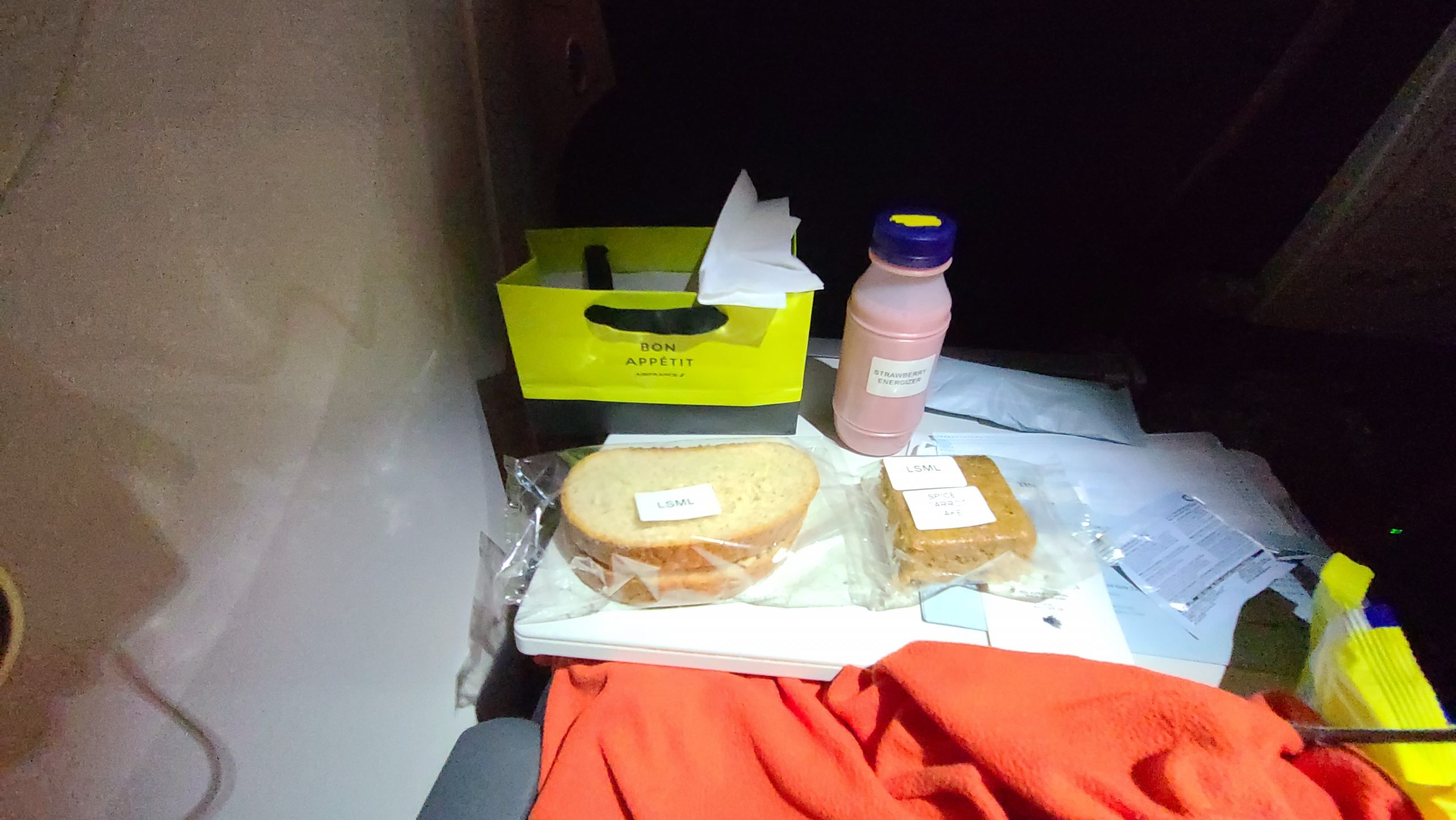 I manage to wake up for breakfast, but didn’t drink all of my sparkling water or my Black tea. As the flight attendant was picking up after breakfast, she noticed that my tea cup still had a lot of dark liquid in it. She politely inquired why.

I told her I had combined left over water and left over tea in one cup to make it easier to pick up. I didn’t drink it all as it would mean a trip to the lav and I was minimizing my lav visits on the plane. She then asked if I wanted some more tea as she would make it for me. I told her I was fine, thanks. She said o.k.
I kept thinking how thoughtful she was to do this.
So, I spoke with her later once we landed and was disembarking and she said she had noticed I was asleep for most of the flight, so she wanted to ensure that all was well. And wondered if the tea was cold, so I didn’t drink it.
Thank you very much for taking care of me; I sincerely appreciate it.
What have you experienced on your flight?
FacebookTweetPin