What Happens When An Airline Loses Your Luggage?

As you know, I fly on average about 150-175K miles per year, although in the last few years, this has been lower for obvious reasons, and usually, I do not check a bag.

I’ve checked a bag less than 10, maybe even less than five times since I’ve been flying, and it’s been lost twice. Here’s what happened this time around when an airline lost my luggage.

I had a trip to Lafayette, LA USA (LFT) for a travel conference at which I was speaking about of all things, “Everything you wanted to know about the airlines but was afraid to ask.” 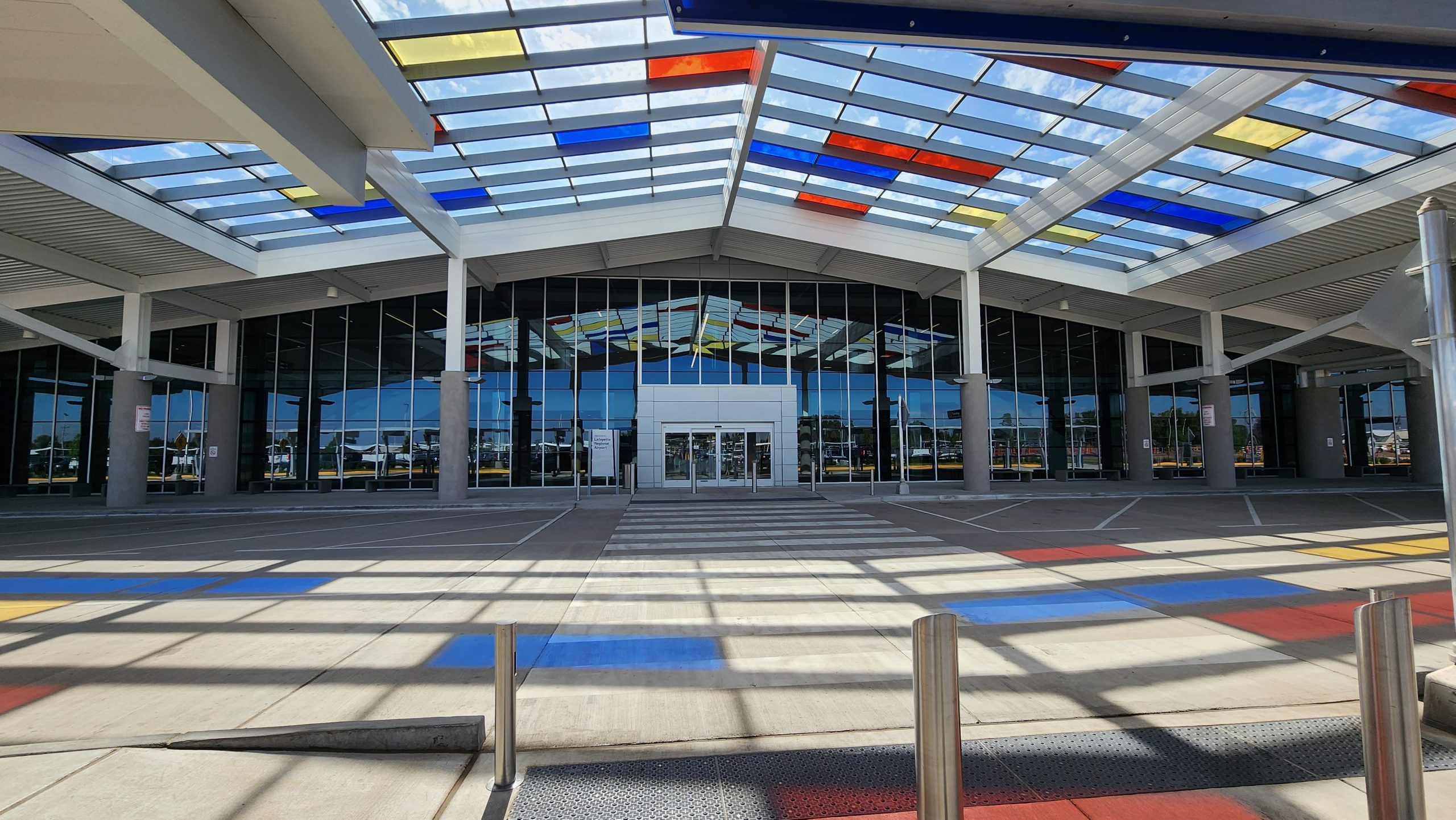 I checked in at 4:29a for the 6:07a flight. Based on the tracking in the American App, my luggage was “Awaiting Info” at 6a and was never loaded on the flight. So when I got to Lafayette, it wasn’t there.

Lafayette is small, so much so that the baggage belt said Delta, but the bags were from the American flight. The belt started, and within a minute, it stopped. My bag was not there.

I waited, thinking it would be on the next round, but a police officer came by and said that was it. I told him I didn’t see my bag, and he said I had to go to Baggage Claim. I asked where it was as I didn’t see a Baggage Claim office in the Baggage area. He mentioned that I had to go to the check-in counter. So I did. He even took a bag that was unclaimed and followed me.

At Lafayette Airport (LFT), American has only one person working that day; she did the ticket counter, the gate, and the baggage claim. Not sure why they had one person working all three positions. There were about five of us waiting for some sort of service.

Meanwhile, I had a ride into town and it had to leave without me as the driver had other customers to drop off. He would return for me later, he said. Eventually, the agent dispatched that flight and came to the counter to help us. There was even a Delta agent trying to figure out what we wanted and helped as much as she could, if only to tell us the agent was at the gate working the flight.

Once it was my turn, I sympathized with the agent that she was the only one working, and she just smiled as expected. I made a claim that she said could have been done online. The interesting thing is that I had contacted AA’s twitter folks while waiting to apprise them of the situation, and they said I have to talk to an agent. I also asked them for some sort of compensation, and the agent said Nope; all I got was an apology and the repeated message to talk to the agent.

So eventually, my claim was completed, which was easy, except the agent asked me for my details, which is already in my AAdvantage profile, but apparently, the systems don’t talk to each other. I also asked for them to have it delivered as I didn’t have any way to get back to the airport without it being at my expense; she said they would deliver it. So I gave her an address. They will actually deliver it to you if you ask. Here are the details of the Contract of Carriage.

The baggage eventually arrived at my hotel at about 6p or so; I was able to track the flights it took on the App. The company sent me an email before they delivered it. I had told the hotel to expect its arrival, so there were no issues when they arrived. This is a standard service for major airlines when they lose your bag. They do try to deliver it to you wherever you are. It’s why it’s essential to file a claim as soon as it happens. This claim also helps if you have to file an insurance claim.

I was able to choose the earlier flight, and then the App showed me that I was on the standby list. When I checked-in for the original flight, no standby boarding pass is issued for the standby flight.

I got to the airport at 4:30a or so along with some other friends who were also departing that morning; they were on American, Delta, and United.

I checked with the agent at the ticket counter (there were two agents) to see if I would be cleared, but she said there was only one unsold seat, so she would let me know at the gate.

I cleared TSA security which was pretty easy at LFT, and they were all very courteous. TSA Pre was open even at that early hour, which is always a very good thing.

I checked out the airport, which is nicely done with very bright lights and a modern look and feel; kudos Airport Authority folks. 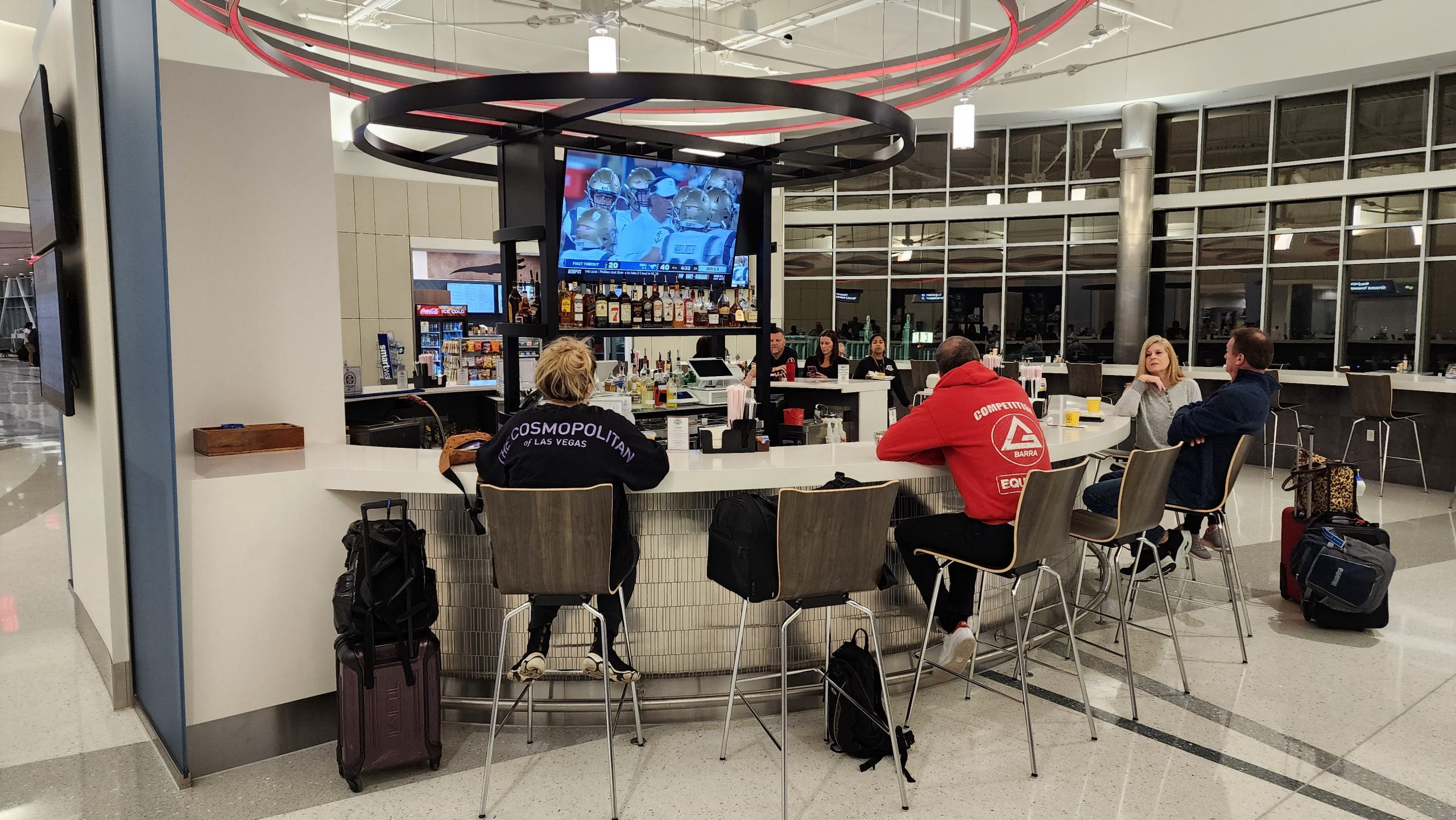 Eventually, at about maybe 5:30a or so, one of the agents from the check-in counter came to the gate. By now, the crew had already arrived and were waiting. Also, the airport Flight Information Display didn’t say which gate we would be leaving, but the Arrivals part of the display showed all the American flights coming to Gate 4, so all the passengers, including me, headed there.

I noticed on the App that my name had a checkmark. Then I looked at the screen at the counter, which had my name and a seat number next to it for the standbys. Yeah, I got a seat!

I did notice that I wasn’t on the standby list for First Class either, but I’m not sure of the rules on this for elite members when they are standing by. On eligible flights, you are automatically added to the First Class standby list as an Elite member and cleared according to the rules if a seat is available. As a matter of fact, I was cleated for First on my original flight on both legs, which is cool, although the flights are short.

I approached the gate and asked the agent for a boarding pass when I realized I wouldn’t get one. And by the way, the agent was non-revving on the flight and was helping out with the boarding as the other agent was busy doing something else inside the jetway; she may have been on the ramp. Kudos to him for helping out! He was the last person to board.

Also, the alert system does not give me any information about the flight on which I’m cleared. Instead, it continues to provide me with information on my original flight. As a result, when I got to Dallas, I didn’t get the gate change notification for the new flight.

Once in Dallas, I wanted to stop by the American Express Centurion Lounge, so things got interesting, here’s why. American Express has a rule that says you have to be within 3 hours of your departing flight to stay in the Lounge. I was within three hours of the flight on which I’m standing by, but my confirmed flight is like 7 hours away! This means I needed a boarding pass.

I made my way to the D terminal, which is where the Centurion Lounge is located. I passed the Lounge and kept looking for a Customer Service desk. I did find one eventually, about a five minutes walk away.

I approached the empty area and told the agent what I was up to, and he was actually able to give me a boarding pass with a seat assignment as the flight was wide open, he said. Yes! Now I can use the Lounge, so I headed there.

I was sure to check the board for my gate, and it was the same as on my boarding pass.

I had breakfast and then left the Lounge at 9:05a as boarding started at 9:40a at A37. I tried to look at the departure board in the Lounge, but it was taking forever to get to the H’s, so I left, thinking I’d see another one along the way. I didn’t!

I got to gate A37 at the boarding time of 9:40a, and the flight was leaving. Well, it was actually the flight before mine to Houston that was delayed. For a moment, I thought I’d missed my flight. Realizing there must be a gate change, I did flight Status in the App, revealing that the gate had indeed changed to A11.

Gate A11 is quite the hike from A37! I started to leg it, looking for a sign to the train but didn’t see one, so I kept walking at a hectic pace. I got to the gate when they were boarding Group 9; the last Group.

Slightly out of breath, I told the gate agent that I didn’t get a notification about the gate change, and she scoffed at me and said I should use the App! I tried to explain it all to her, but she didn’t care, which was sad. So I just boarded.

Also, the system does not put you on the First class standby list, only the Economy Class standby list. I’ll check how this works, or if you know, please place a comment below. As it turns out, First Class seats were open on the flight. I don’t really care, but it seems that the system should figure out a way to place you on the list in whatever position it thinks is correct since you are standing by.

In the case of the luggage delay, it could have been handled better if there had been communication along the way from American. They knew my bag didn’t make it to Lafayette as their tracking system had the information, but that information was never communicated to me until I checked the App. They do have push notification that tells you when your gate has changed, your flight is boarding, etc., but nothing that tells you your luggage did not make it with you on the same plane. Also, the position of the luggage tracking on the App is not exactly prominent. 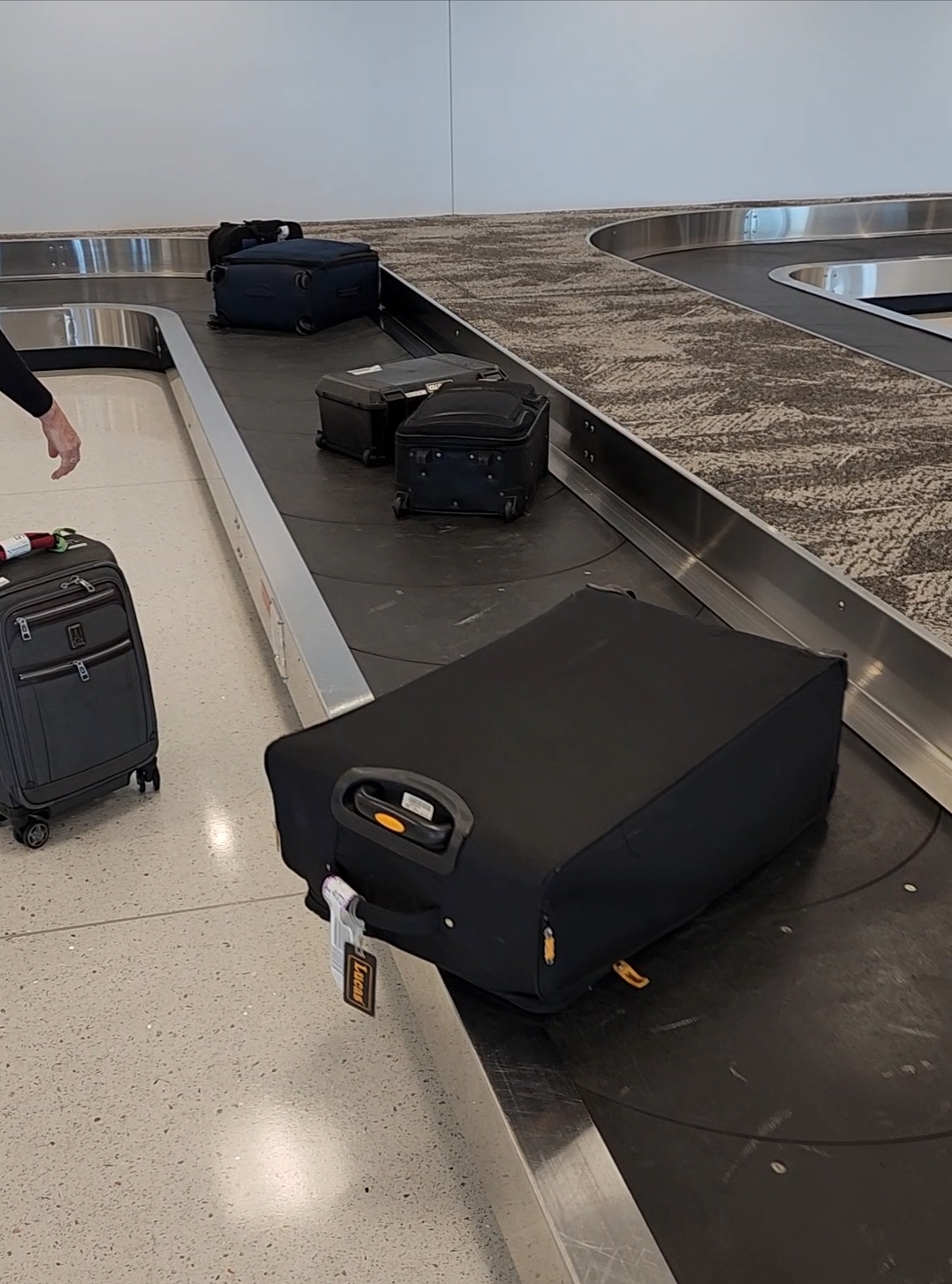 In addition, I shouldn’t have to stand in a queue to get a claim done; this could be done automatically as long as they send me a notification asking me where I’d like to have the luggage delivered or where I can pick it up.

This, combined with the fact that the airport only had one agent working three roles, is just crazy and extremely bad customer service. Not to mention how much work is now on that one agent.

The App should notify me and then update my boarding pass, but it did not. Also, I should receive notifications for this new flight, not my original flight, since I already have a seat on the new flight.

What have you found when you’ve lost your luggage and/or been cleared while on standby on American or other airlines?