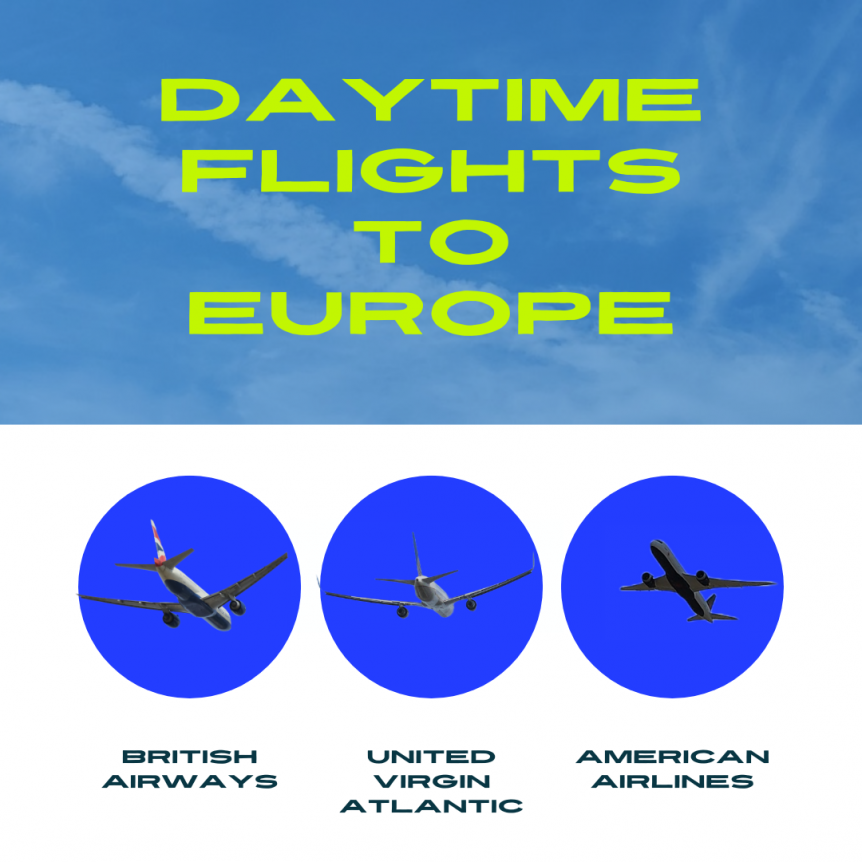 Daytime Flights To Europe From The U.S.

Most of the flights from the U.S. to Europe depart at night. However, there are some airlines that operate what are called daytime flights. Let me answer some questions about transatlantic flights and then we can take a look at these daytime flights.

Why Are Transatlantic Flights Always At Night? (Overnight Flights To Europe)

There are several reasons for this:

Having day flights to Europe limits the number of same day European connections you can have once you arrive in London-Heathrow. But if you overnight at the airport hotel, you can get onward flight connections first thing in the morning.

What time do I arrive?

As shown below, the day flights arrive late at night, usually between 7p and 11p. This gives you plenty of time to get a good night’s rest and be ready for the next morning’s meetings or activities. Unless you’re a night owl and want to go see London by night :-).

What cities have daytime flights to London?

What Time Is The Last Flight From London To The U.S.?

To make these daytime flights to London work, they have a paired flight that leaves London very late at night, since by the time it arrives, it would be too late to return. As a result, the airplane usually overnights; i.e. stays at the airport and leaves the next morning.

Let’s take a look at the return flights:

So how do you book these flights?

I suggest starting with Google Flights, this way you can see all the options. See the screenshot below.

You can sort by Departure Time so you can see the daytime flights first. Click on the one you want and then book on the airline’s website. remember to add you r frequent flyer number so you can get credit. 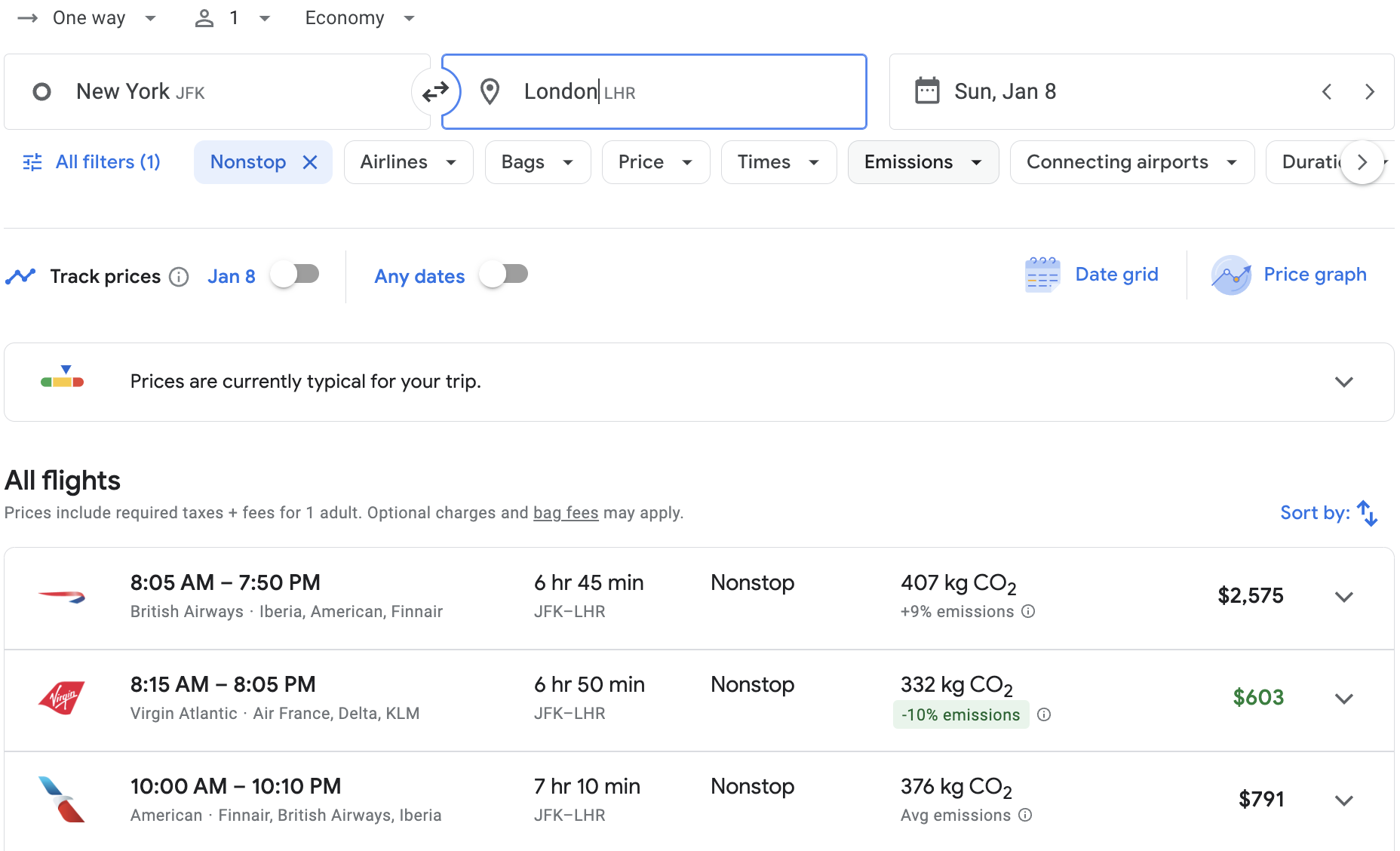 Have you flown any of these flights? Or another daytime transatlantic flight?