I’ve heard much about Lapland, but never experienced it until just recently. It is a vast area that sits about 64 degrees north latitude. To get to the area I visited, you first have to get to Stockholm which has four airports, Arlanda (ARN), the largest served by the major European airlines as well as Delta and United, Bromma (BMA) served by Braathens Regional (TF); British Airways (BA); brussels airlines (SN) and Finnair (AY), Skavsta (NYO) served by Ryanair and WizzAir and Västerås (VST) served by NextJet (2N), Ryanair (FR) and WowAir (WW).

Stockholm is a whole destination in and of itself and highly recommended. But let’s press on and head 1,000 km north and talk about my visit courtesy of Visit Sweden and the Tourist Board of Hemavan/Tarnaby to Hemavan. You can find information on Facebook as well as Instagram. 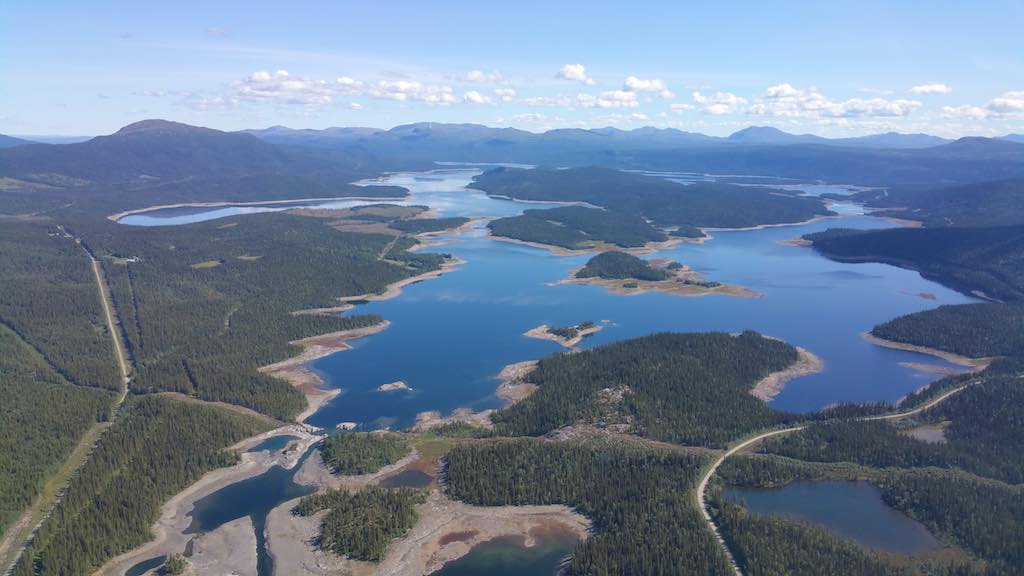 First, Sweden uses the Swedish Kroner and as one of the Scandinavian countries a visit will cost you a little more than normal for Europe, so be prepared. Also, no visa is required for U.S. citizens for tourists stays for up to 90 days. Check the U.S. State Department’s Web site for additional information. Ensure that your passport is valid for at least 30 days after the day you wish to exit. If you are a citizen from another country, check with your own consulate or the airline you will travel with for details. You may also check with The IATA Travel Centre as well. 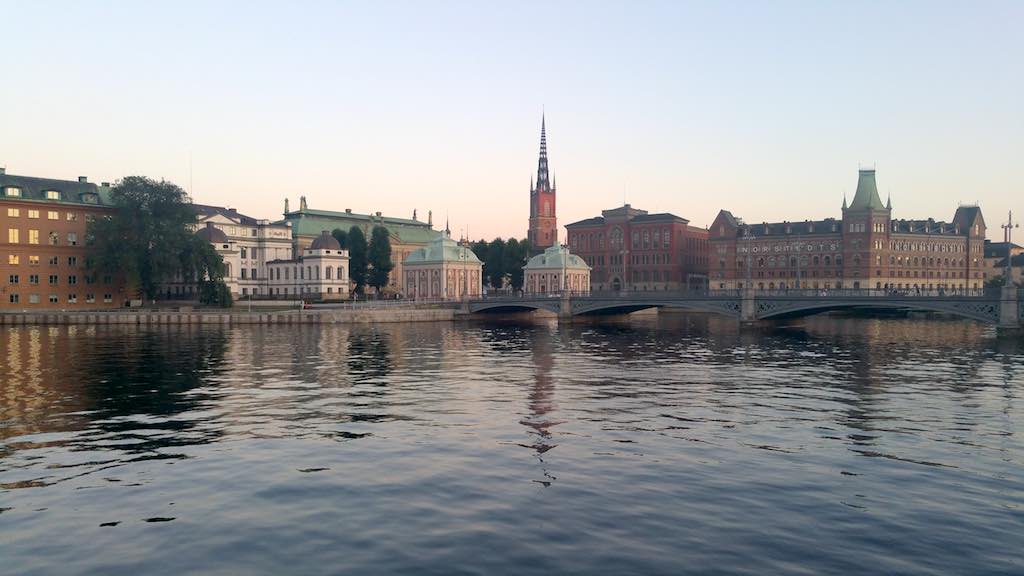 You can take a train; Swedish Rail from the Arlanda Airport or take a flight on NextJet (2N) to Hemavan-Tarnaby Airport (HMV). NextJet is the only airline that serves this tiny airport with a British Aerospace ATP which hold 68 passengers in a 2-2 configuration. Check with your Pass Bureau to see if you have any agreements with them otherwise, you will have to buy a ticket at www.nextjet.se.

You can also take a bus from Stockholm City Center as well as Swedish Rail to Vännäs, then take a bus to Hemavan. It’s quite the journey, but I assure its worth it. 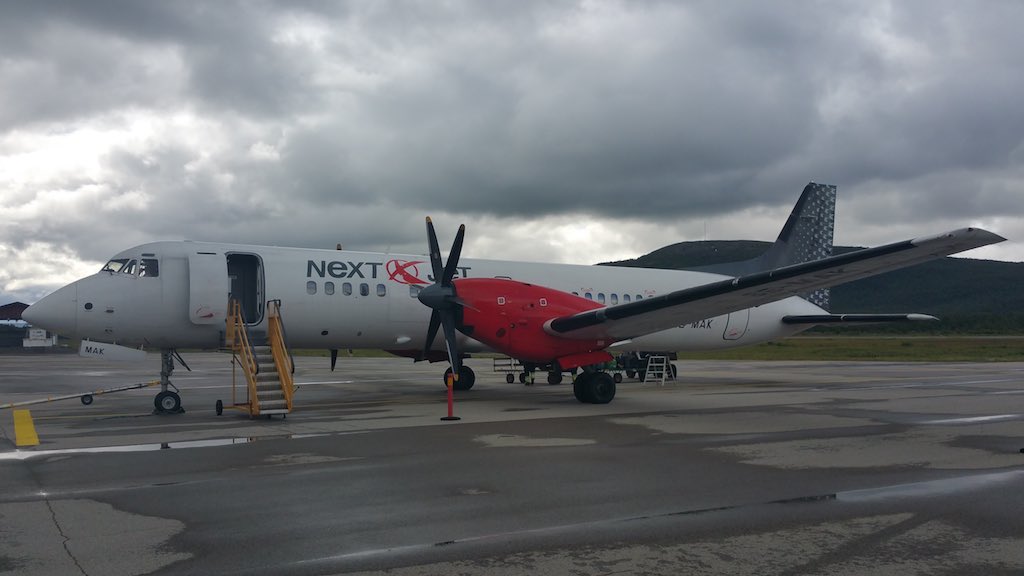 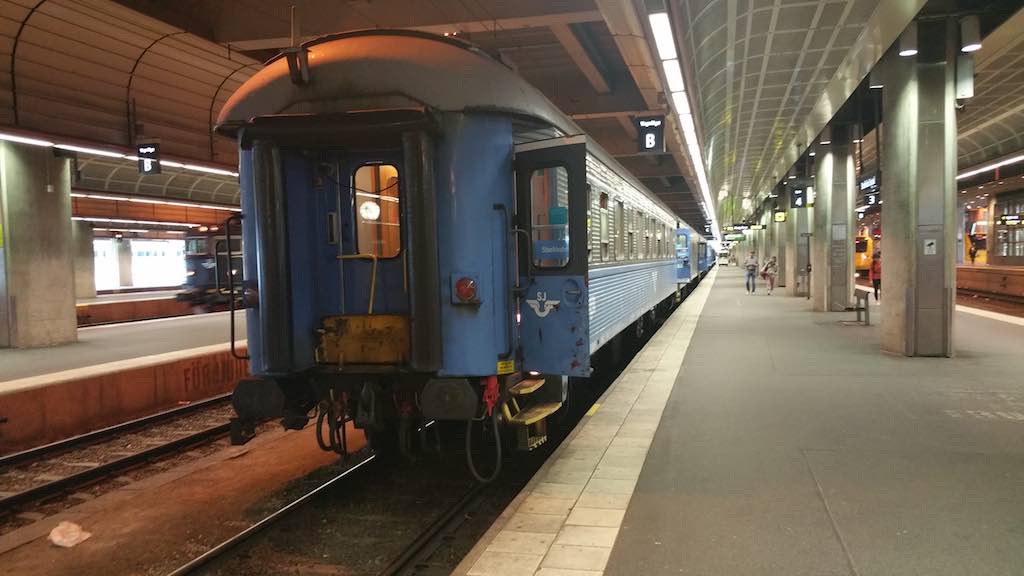 So what do you do when you get to Hemavan?

It’s a town of 150, however during the winter ski season, it gets to about 2,500! Visitors come from all over as this is a premier ski lodge. You can find more information about the skiing at www.hemavantarnaby.se/en/skiing-in-hemavan-tarnaby/. There are resorts in Hemavan and also in Tarnaby so take your pick.

In the summer, it’s a hikers Paradise as it’s the start of the longest trail in Sweden called the Kungsleden Trail which runs for 425KM. The air along these trails is amazingly fresh as well as the pure mountain water coming from the streams along the way. And its all drinkable. As I write this, I really want to go back very soon. 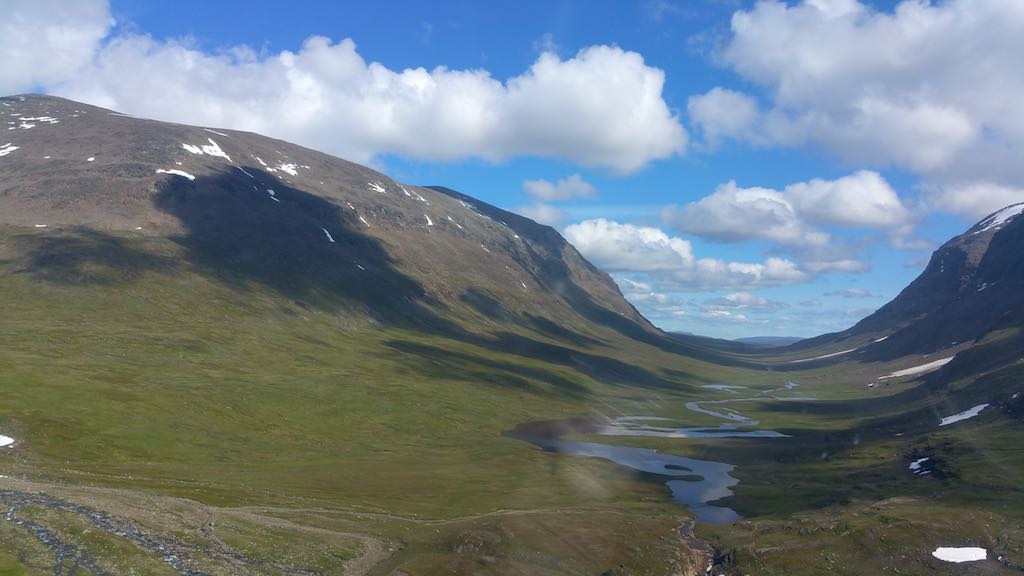 Hemanvan/Tarnaby – Kungsleden Trail from Above

So what do they eat in Hemavan? Why reindeer and elk of course. Reindeer meat tastes like reindeer :-). It’s a very tender meat with great flavors.

We also got invited to the only restaurant on the mountain called Björk. It’s located on the Solkattsliften mountain; during the summer you can take the lift up to it or you can take a short hike. It was like going to your grandmother’s house for lunch. Our cook was amazing and took very care of us and ensure that the last details were not overlooked. The view is quite amazing as well. 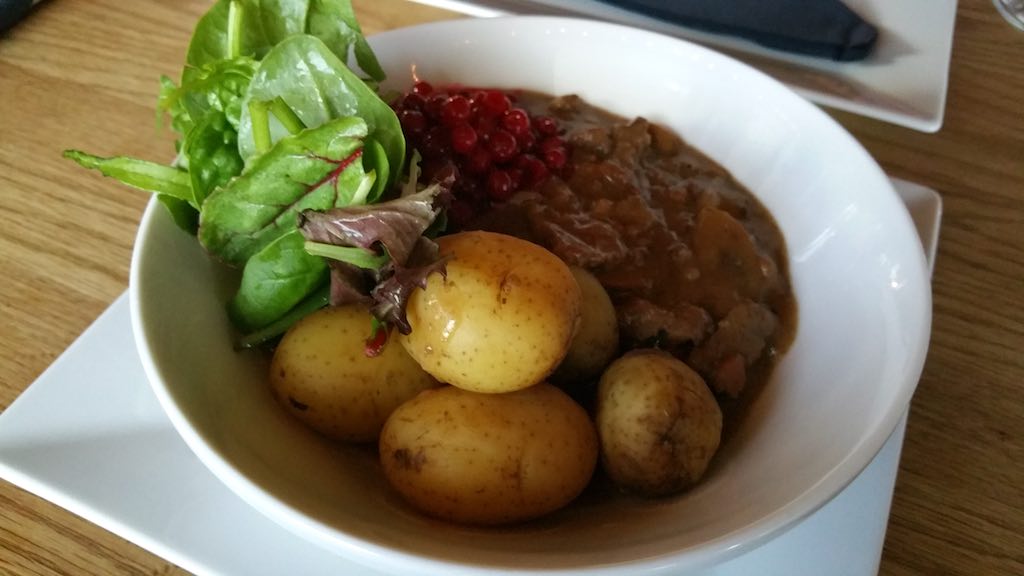 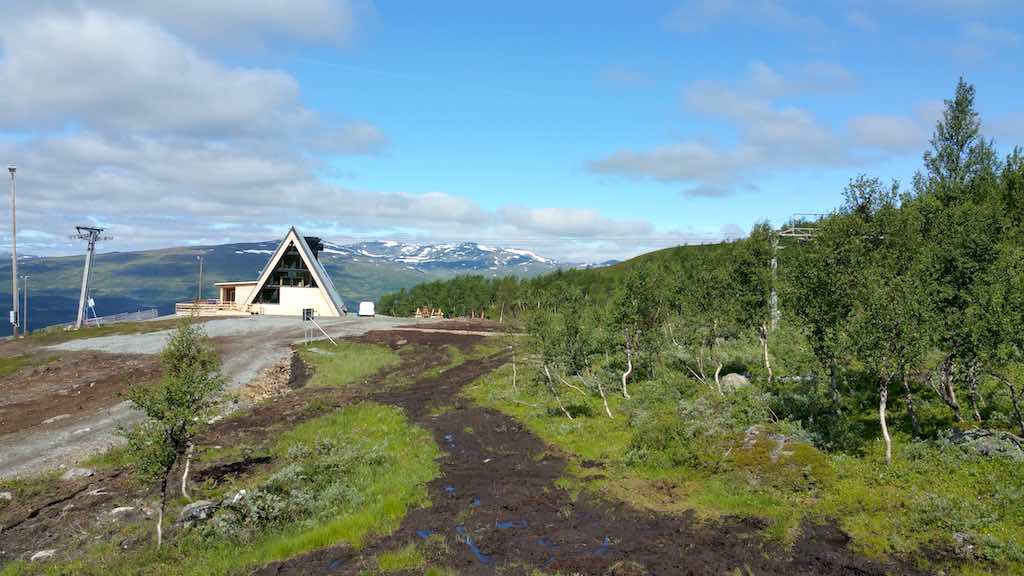 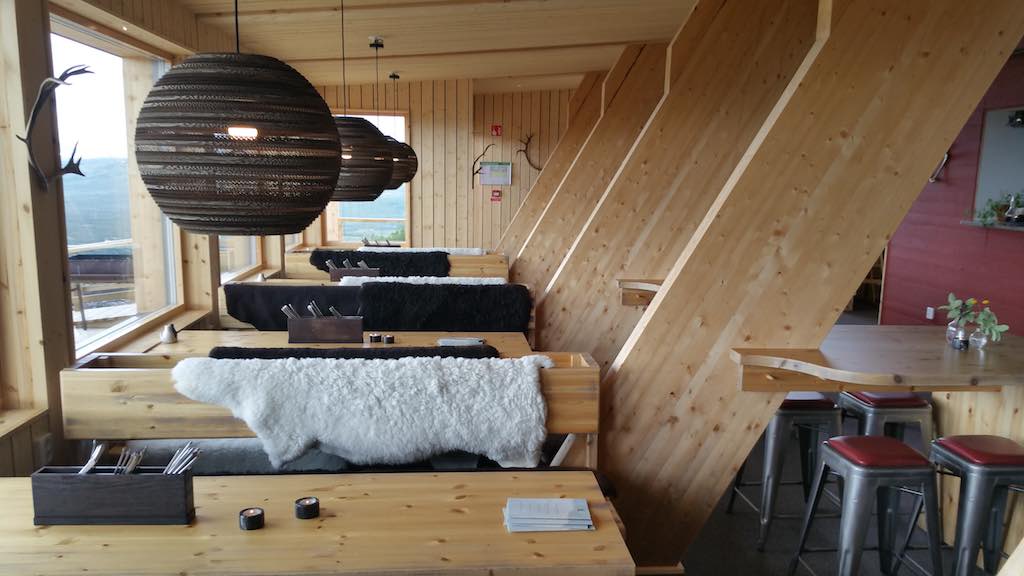 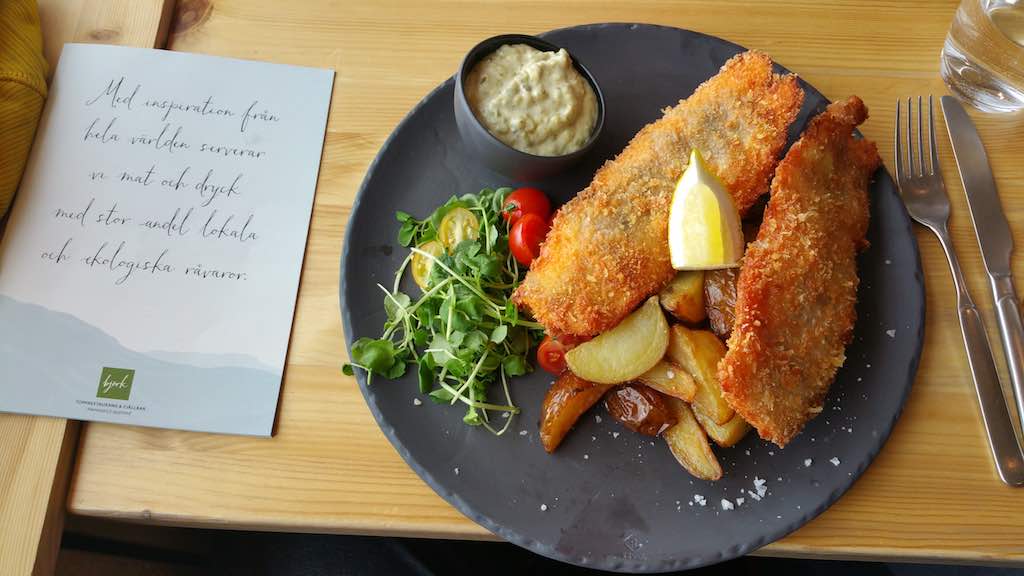 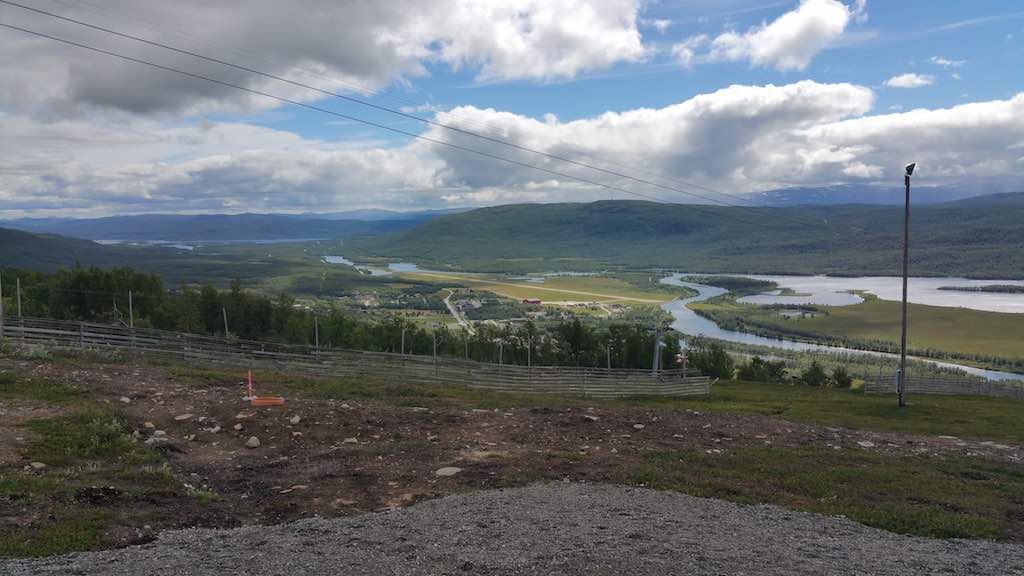 If you are into fishing, this is your place. As matter of fact they do helicopter fishing where you are flown into a location to fish as its not accessible by roads. You can fish in the summer and winter. The types of fish are Canada char, arctic char, trout and whitefish.

One really cool thing that I did when I visited was that the Hemavan Tarnaby Tourism Board organized a helicopter ride to another town called Saxnas. The trip was about 0:41 with amazing scenery. We even got a chance to see some reindeers that were on the slopes. They prefer the cold, so they were hanging out on some un-melted ice areas on the mountains. This same helicopter is actually used to herd them when that times comes around. The company we used is called Norr Helikopter. You can find information at www.norrhelikopter.se. 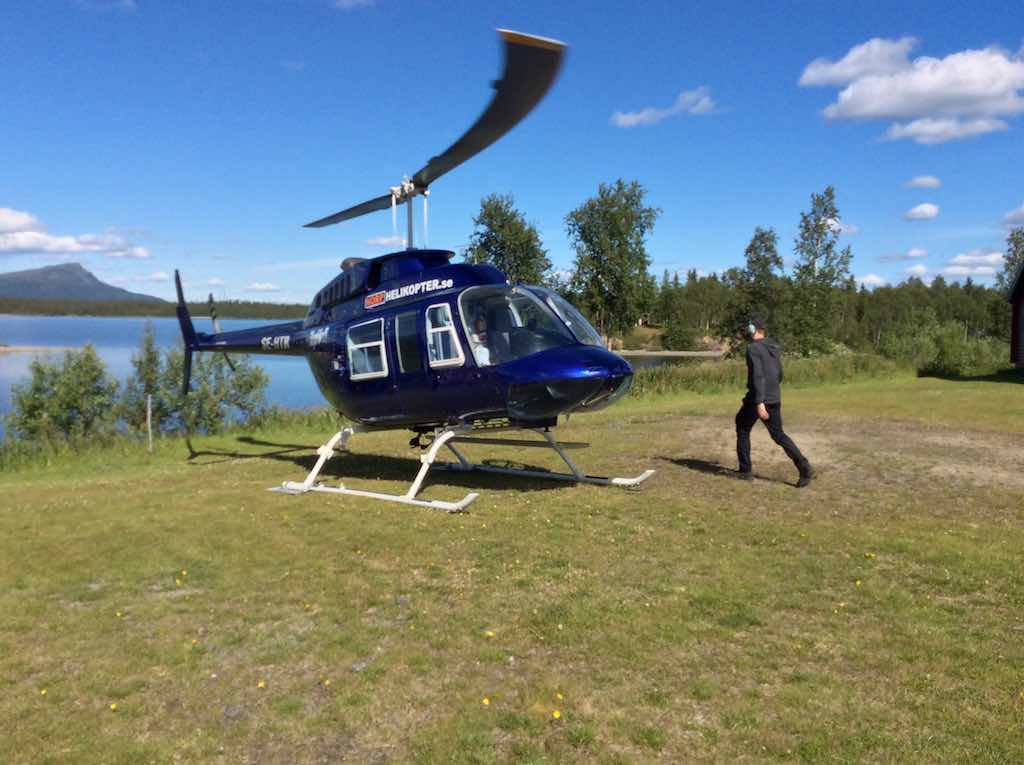 One cool thing to do in the Saxnas area if you are up for it is Mountain Snorkeling. Yes, it’s exactly what it sounds like, you go snorkeling in the mountains. Our Guide, Nils who runs the tour company, Stalo (070 240 49 82 info@staloadventures.se), will suit you up in snorkeling gear and wetsuits, then you hike the river and plunge in when the water is deep enough. There’s even a spot where you can dive off a rock as there is a waterfall and that area is very deep. As you snorkel you may see the local fish of the area (arctic char and trout) if you are lucky. I was lucky enough to see a few of them. Nils also have other adventures such as Cycling, Fishing and Kayaking so take your pick. 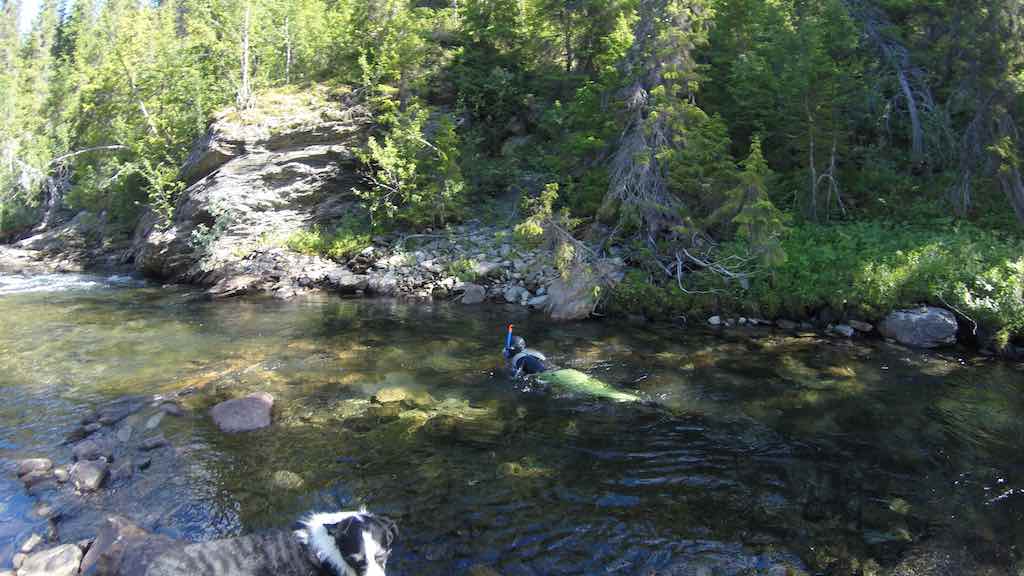 As if that was not enough, you can do take a hike to see the Arctic Fox. These are an endangered species so you have to sign some special documents saying that you won’t trouble them and mess with their natural habitat. Nor reveal their exact location. It’s quite the trek to get to where they are located plus the area is infested with mosquitos and all kinds of bugs not to mention that its cold as well and its quite the hike to get there; but its an easy sloping hike though. Not to worry though as Nils provides you with proper clothing and coverage and as much mosquito repellant as you require. Despite that though, you have to keep brushing mosquitos from around your head. It even gets more interesting as you have to keep still so the foxes don’t hear you as if they do, they won’t come out.

On our trip, we did not see any, but we did see an amazing sunset at 11:45p and it was a full moon night so that was also a spectacular moon rise on one side of the mountain and the sunset on the other side. 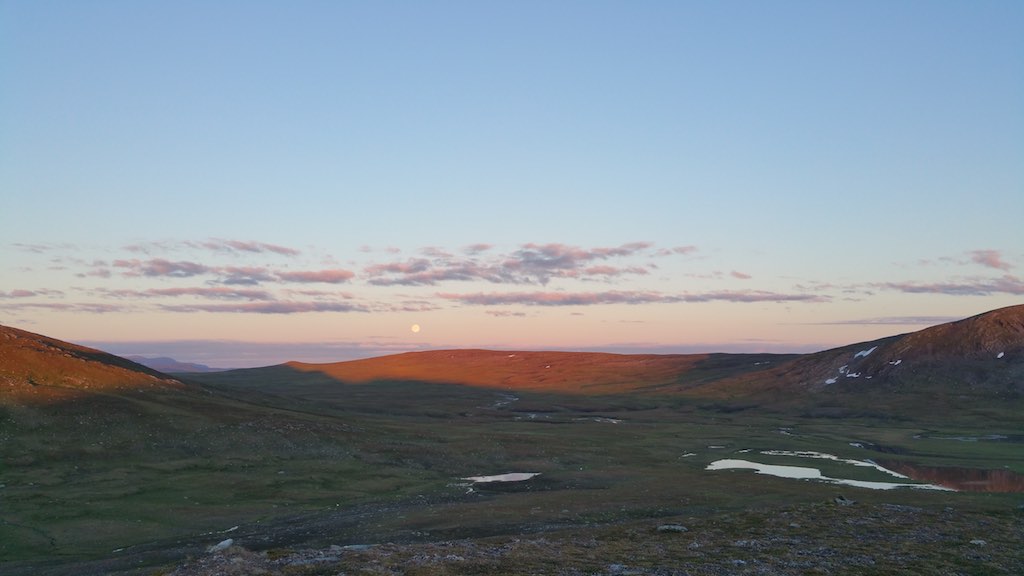 There are not many hotels in Saxnas; I stayed at the Saxnasgarden Hotel which also has a hostel on the same property. You can find information at www.saxnas.se. Just the scenery around this area is worth it. The lakes are like mirrors and are most times perfectly still making for great views and photos. 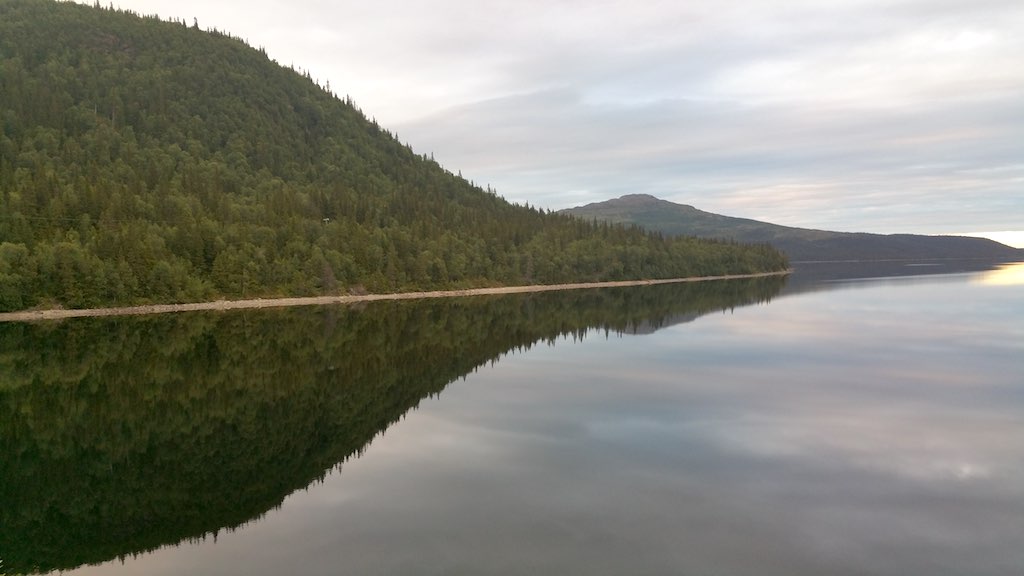 River in Saxnas, Sweden near sunset 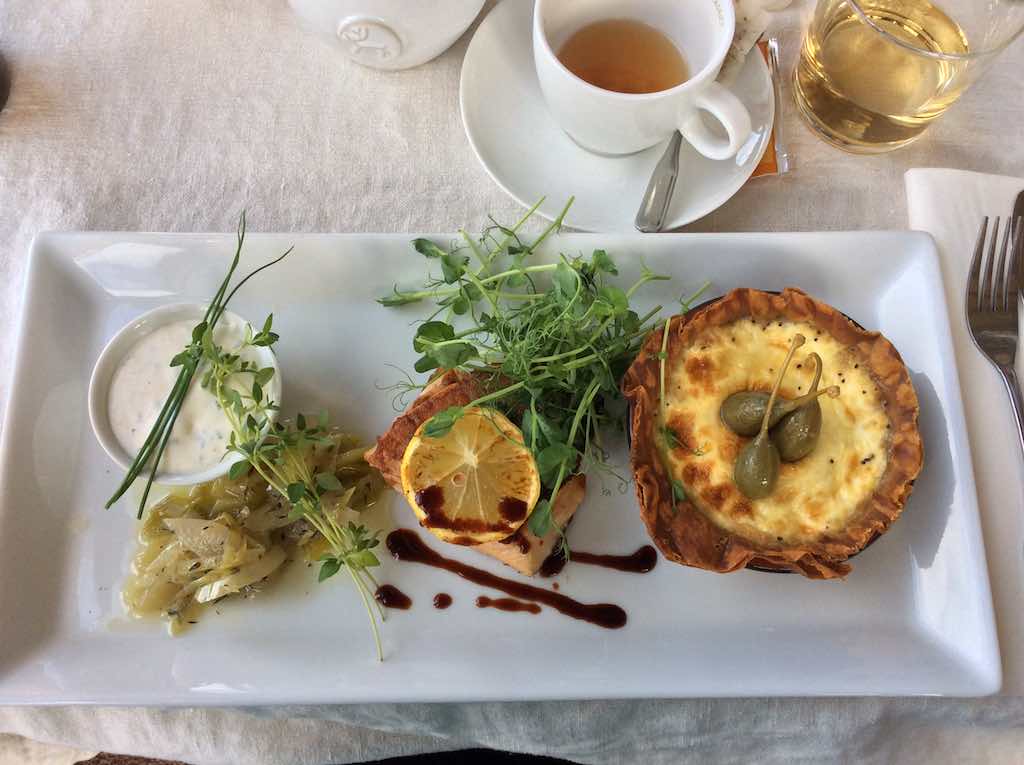 Saxnas Garden Hotel from the air

So when are you heading this way to check this one off your bucket list?