Dublin, Ireland, a city I’ve visited many times and love it each time. Two of my favorite things to do is to have a pint of Guinness and two scoops of Murphy’s ice cream (one’s in the center of the city). I know what you’re thinking. “Dublin has many things to see, but you go there for a Guinness and ice cream?” Well, once you get here and sample the Guinness, specially poured, and some Murphy’s ice cream, you will get the message :-). Welcome to the Emerald Isle – Dublin, Ireland (DUB).

The city is served by the Dublin Airport (DUB) https://www.dublinairport.com/. The airport has Immigration Pre-screening when flying to the U.S. So give yourself some additional time to clear the lines. Your Global Entry will still work, but you still have to go through the normal line at Immigration.

There are Lounges at this airport, but only one of them is after Immigration, that is the 51st&Green Lounge.

Here are also some social media links so you can keep in touch and communicate with them if necessary: 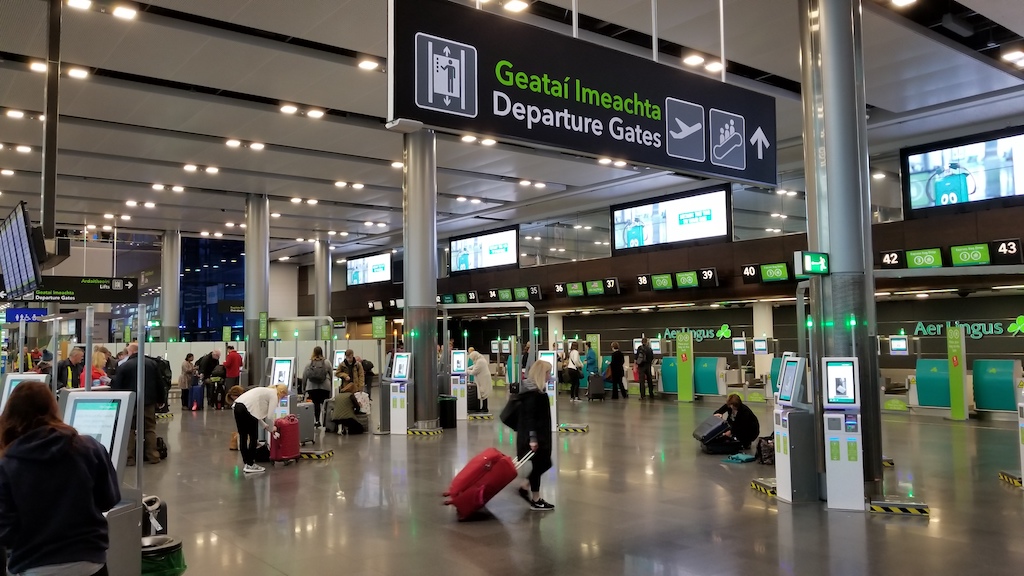 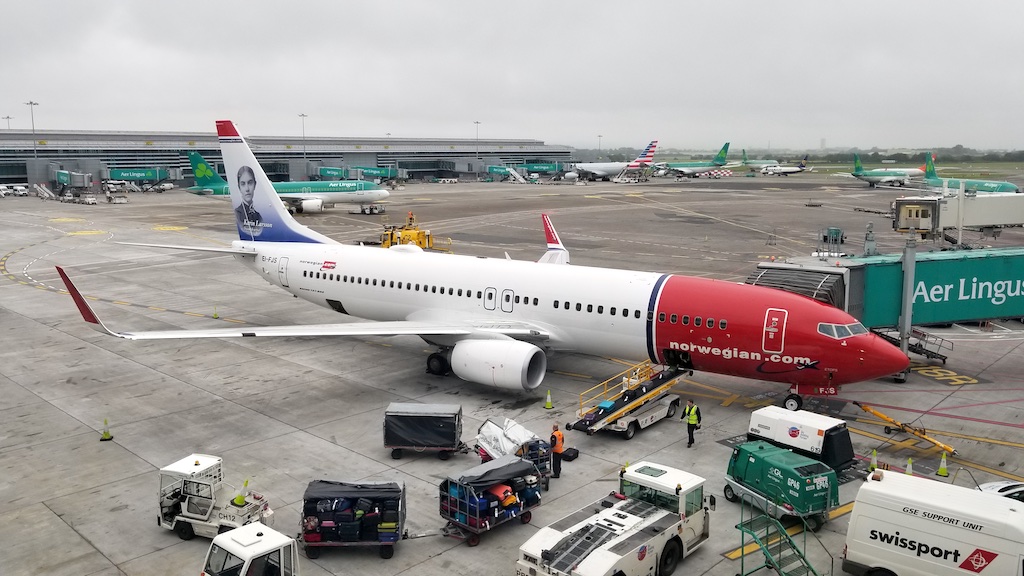 There is also an alternate airport in Shannon, Ireland (SNN). From here you can take a train or a bus to Dublin:

There are a few cargo airlines serving this airport. You can find an updated list here.

There are a few hotels at the Dublin Airport. Here are a few of them: Carlton, Clayton, The Comfy Cottage, Crowne Plaza, Glenmore House Bed and Breakfast, Holiday Inn, Maldron and Radisson Blu. You can book using the search box below:

Irish Rail serves the city of Dublin. You can go almost everywhere using it. There are several stations around the city serving different parts of the country. They are: Connolly, Dundalk and Heuston.

There is a Light Rail system called the Luas which goes to the suburbs and around the city. 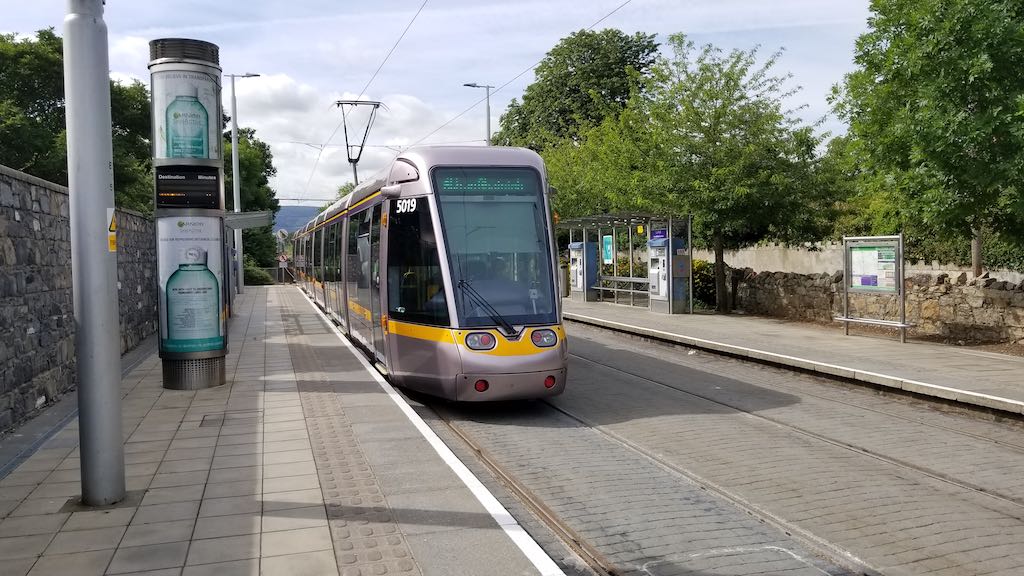 Ireland has several bus companies and almost all of them ends or starts in Dublin. The buses are very comfortable and will take you all over the country. Some places are really far away and will take upwards of four hours. There are a few bus stations around the city as well as stops in the city center. In the city of Dublin, you can take the Dublin Bus which has service to/from the airport. Here are some services:

The currency of Ireland is the Euro (EUR). I recommend getting money at an ATM. They won’t take USD for purchases. Use an ATM as opposed to currency exchange places.

English with a friendly Irish accent.

No visa is required for U.S. citizens and you can stay up to 90 days. Plus your passport must be valid for at least three months after your departure date. Other citizens should check with the Irish consulate/embassy in your region for specifics. Alternatively, you can use the IATA Web site for visa/health requirements. They do have U.S. Pre-clearance on your return so you clear Immigration and Customs before you leave Ireland.

Places To Eat and Drink

It’s Dublin, so Guinness is the name of the game. It’s everywhere. There are bars all over the place where you can get a good pint. 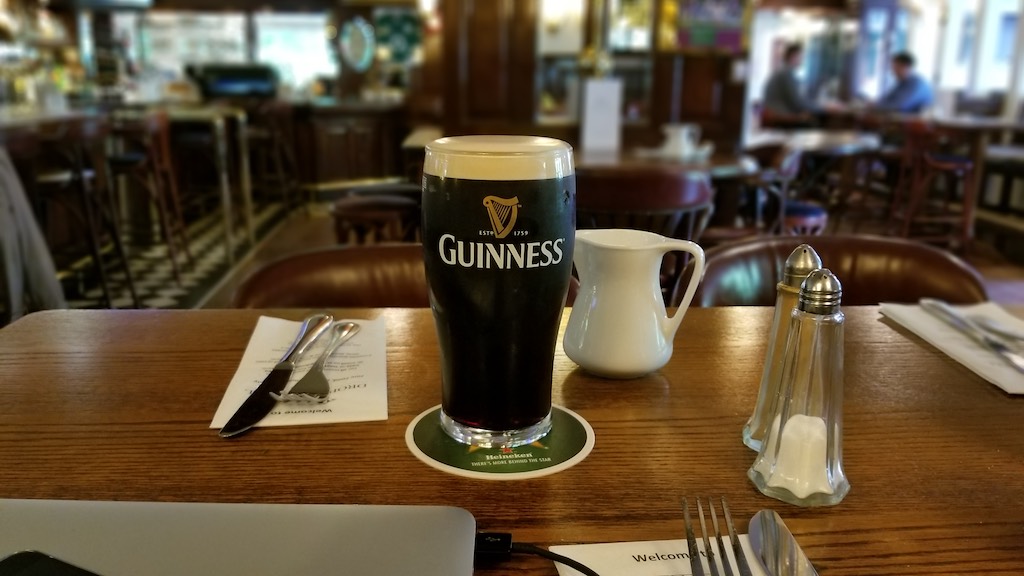 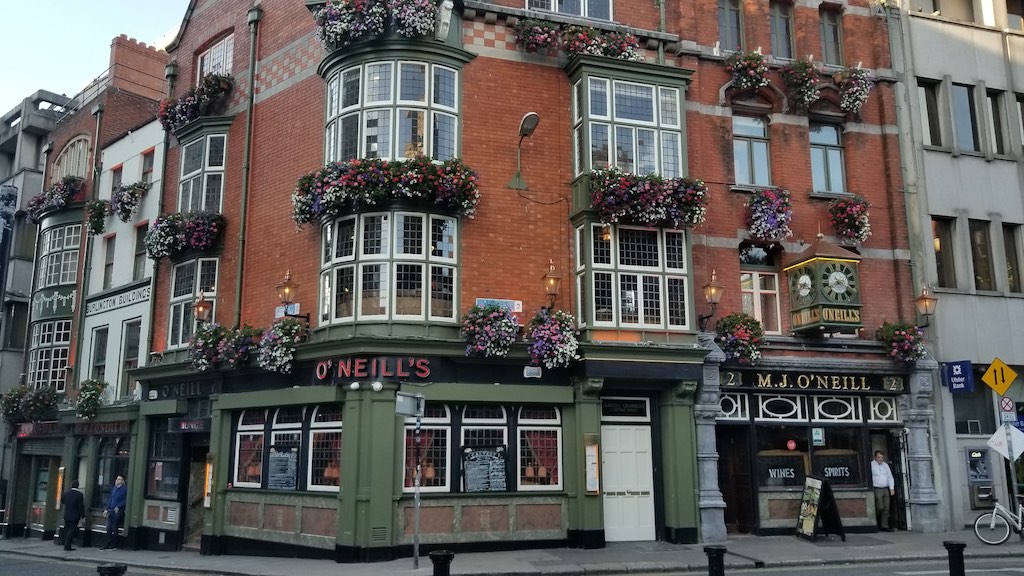 Places Worth Seeing in Dublin

I recommend stopping at the Dublin Visitor’s Center and talking to the kind and very knowledgeable folks there. Their only job is to ensure that you have a great time in their fine city so make use of them. They are located right in front of Trinity College. As a matter of fact the bus from the airport stops right outside.

Just walk around the city and enjoy it. It’s quite big so get out those walking shoes. There are lots of churches, restaurants and bars to choose from as you walk the city. There are also a few markets so make sure you check it out. You can also take the Luas (a light rail) around the city.

I’m a big fan of trains and Dublin does not disappoint with a few train stations around the city. The trains are very efficient so if you want you can nip out to say Drogheda by train for a quick trip or take the Luas out to Milltown, a small suburban area of Dublin, when you get tired of the hustle and bustle of the city. Ensure that you note the right train station though. 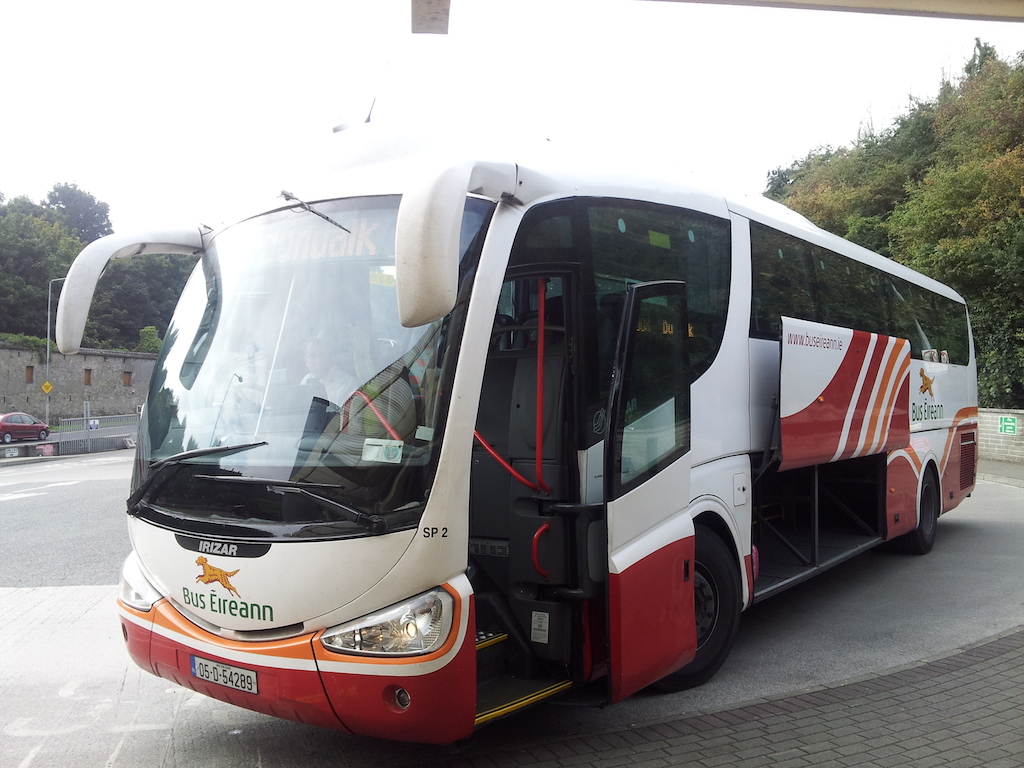 Speaking of hustle and bustle, check out the statue of Molly Malone. It’s a statue of her and her wheel barrow. As a child growing up, I used to sing that nursery rhyme so the first time I went to Dublin, I had to make my way there.

I also enjoy the parks in the city and I recommend seeing the only color statue in the city, that of Oscar Wilde in Merrion Square. His house is across the street, so check that out too.

Here are some of the main attractions in Dublin:

St. James’s Gate Dublin 8. It’s within walking distance of the city, but you should take a bus or cab. This is the most popular tourist attraction in all of Ireland.

Snugborough Road, Blanchardstown, Dublin 15. Not sure why this place is so popular, but it is.

Trinity College in the center of the city. While The Book of Kells is worth seeing, the Old Library above is even more magnificent in my mind. Check them both out and spend more time in the Library.

Bow St, Smithfield Village, Dublin 7. You can see some of the whiskey process as well as taste some fine whiskey

Museum Visitor Centre, Kilmainham Courthouse, Inchicore Road, Kilmainham, Dublin 8. I have yet to make it here as its a bit out of town. Worth visiting I’m told.

I’ve stayed at differing types of accommodations on my trips to Dublin. From hotels, to the Trinity College housing to hostels, I’ve sampled them all, so I have a good flavor for the city. Dublin is expensive when it comes to finding a place to stay so be prepared for that. If you head over to Booking.com, you can find a host of properties to choose from.

You can find most of the major hotel chains in the city in case you need to earn points and miles.