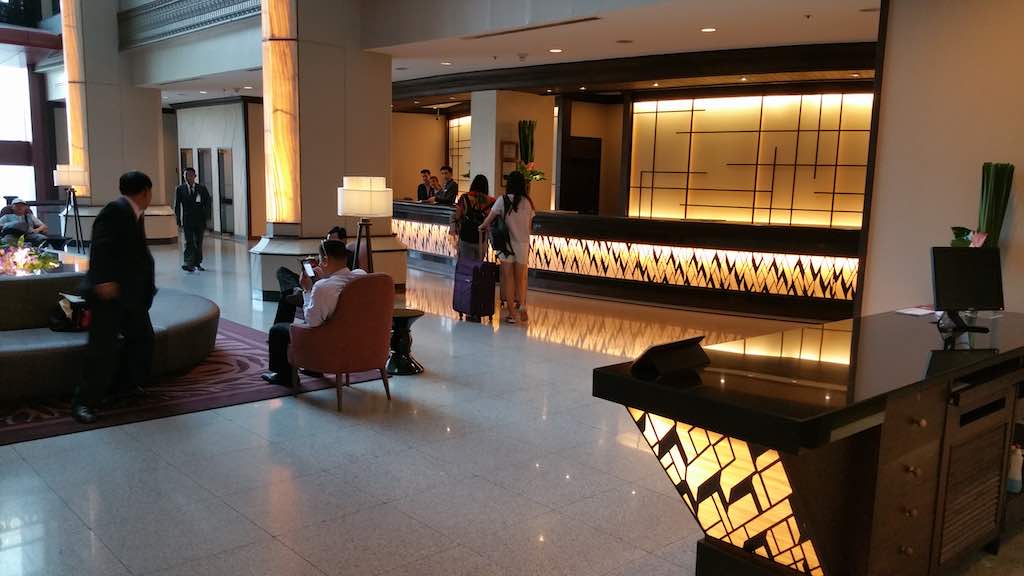 I was trying to find different hotels in which to stay while visiting Bangkok last October and came across the AVANI Atrium Bangkok. I had booked one night and also received one night complimentary for a few days later during the trip. I actually wanted to see if my experience would be different plus the rate was pretty reasonable at about $46/night for a beautiful property, not too far off the beaten path. 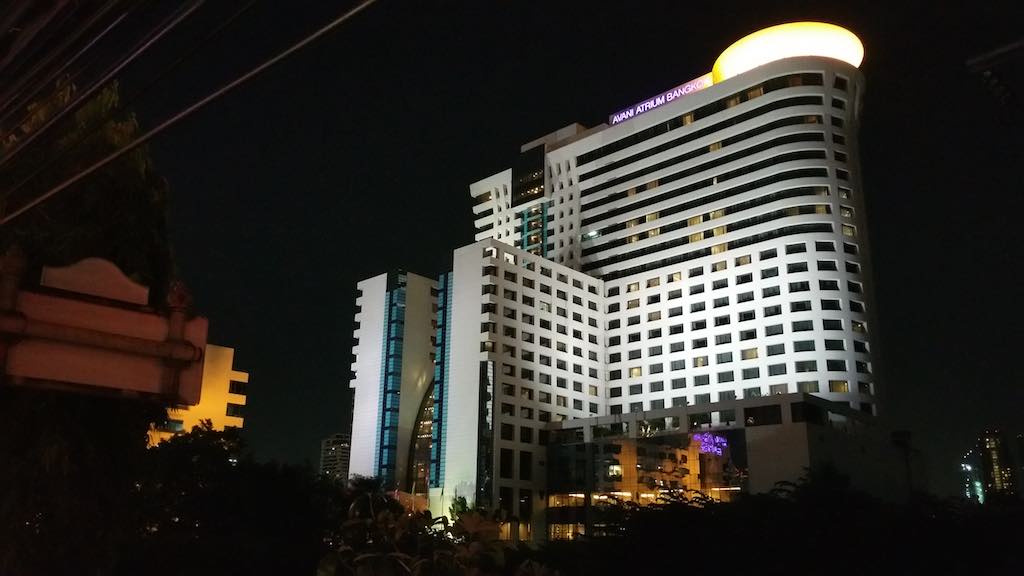 I was just moving from one hotel to the next and just used Google Maps to navigate. It was kind of interesting as the map showed me a path to walk and then it ended by the canals. Being the adventurous soul I am, I ventured off with my two backpacks.

What I did not know was that I should have read more carefully as that abrupt end was in the canal and the Map was directing me to take the Khlong Boats; a network of fast boats that runs via the Saen Saep canals of Bangkok. 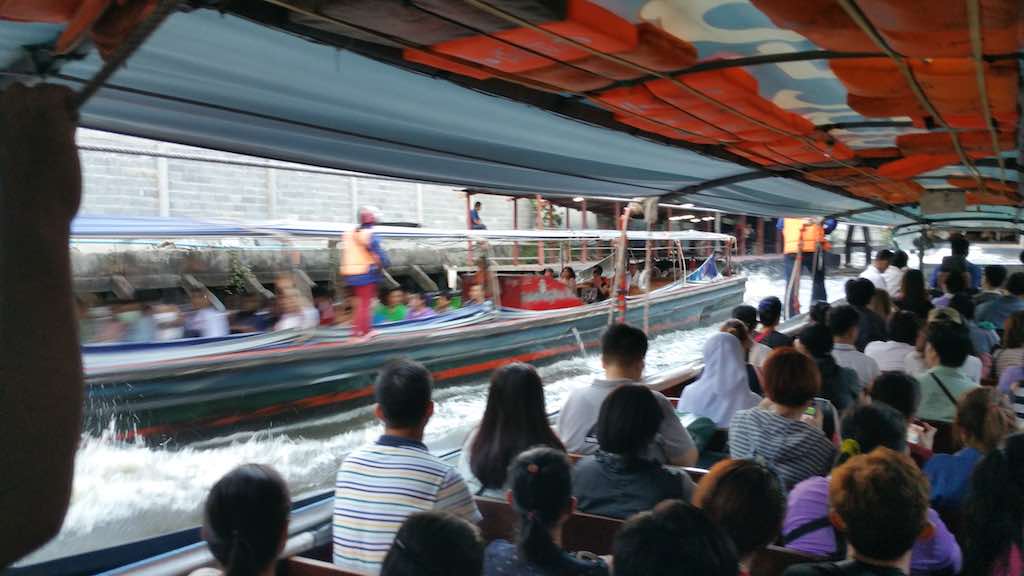 I could have just walked to the MRT stop and taken the train two stops and then walked to the hotel, but no, someone was feeling adventurous.

I got to the pier and waited with other locals for the next approaching boat. It pulled and I tried to get in. It’s a little more annoying with a backpack on your backpack and one on your shoulder. I’d definitely not recommend it if you had a suitcase :-).

The boats are really fast and cheap, although I could not figure out how much to pay since I did not know how to say where I was getting off as I was not sure where to get off :-). I had some idea from the map and winged it.

As I could not tell the fare collector who seemed to be always hanging off the sides of the boat where I was going, he just took some Bhats from me after I gave him 20 Bhats and went to the next person :-). I think you pay a base fare and then extra Bhats for each stop you go. In about 10 minutes or so I was at my stop and alighted, which was even more fun :-). But I digress. 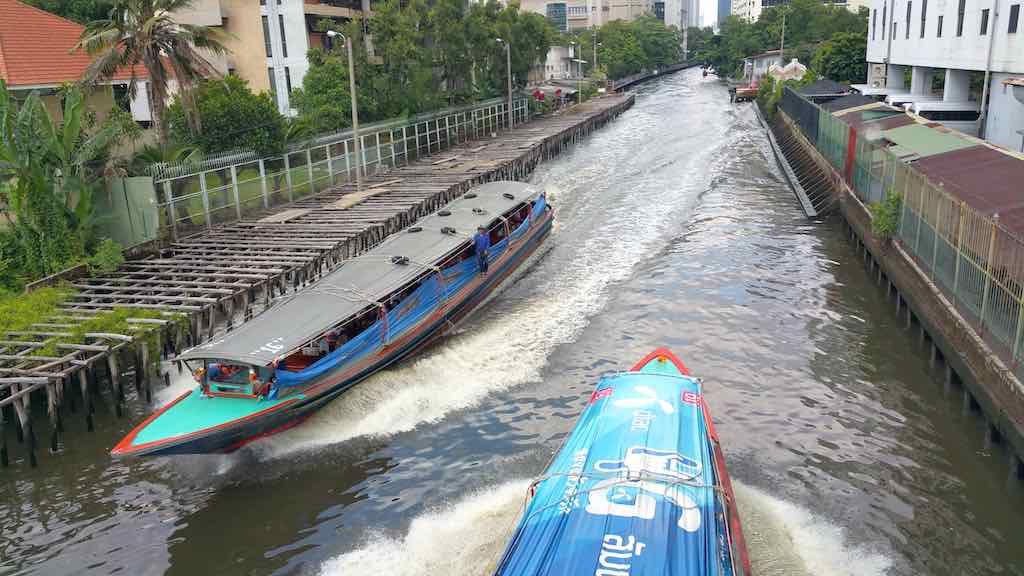 On both arrival times I had great check-in experiences. I was greeted with a cold drink and a cold towel. Bangkok is so hot so this is the perfect thing and despite my short walk from the canals, I needed them both. Thanks. 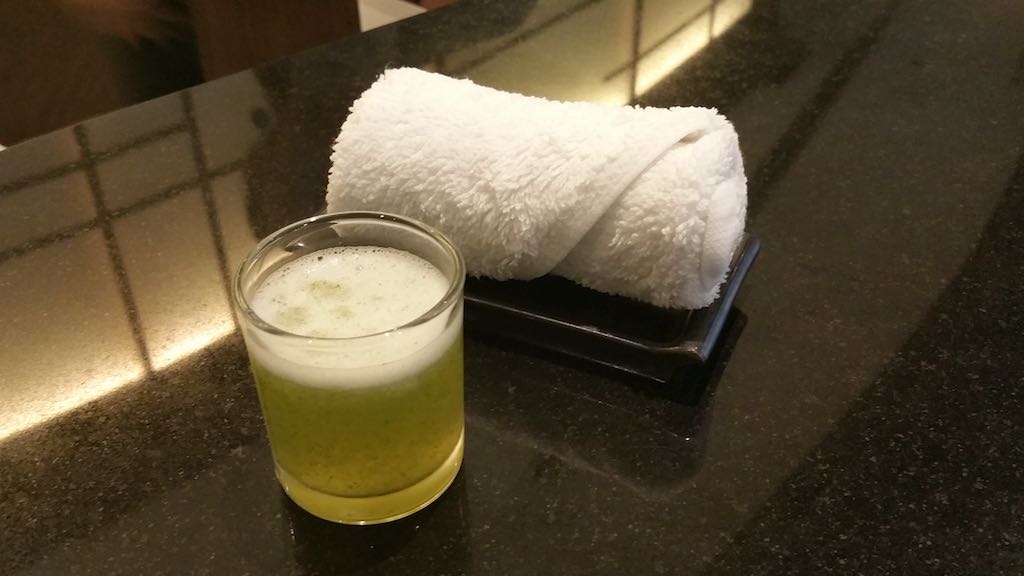 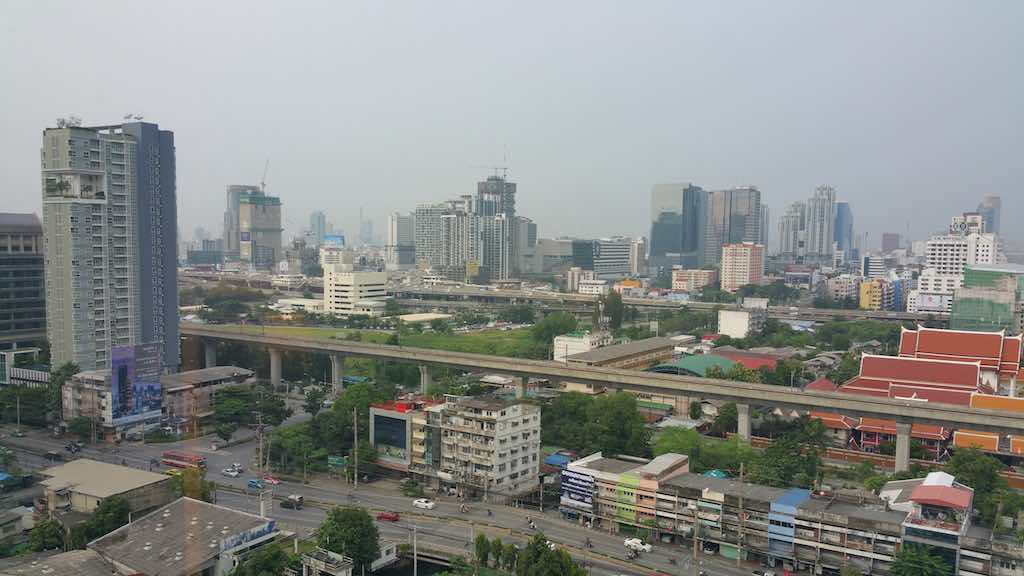 Unfortunately, this request could not be fulfilled as the room I got initially smelled of smoke as the previous guest had smoked in a non-smoking room. So I ended up on the same side as the first time. No worries, I’ll just enjoy the city view once more. 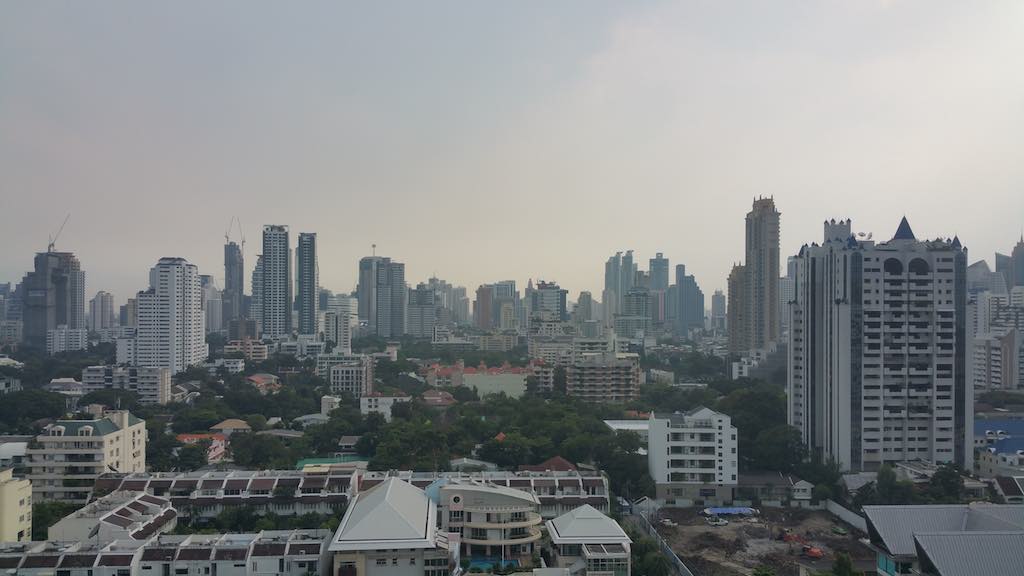 I had the Deluxe room on the City view side of the property. It’s a typical hotel room with all the necessary amenities. 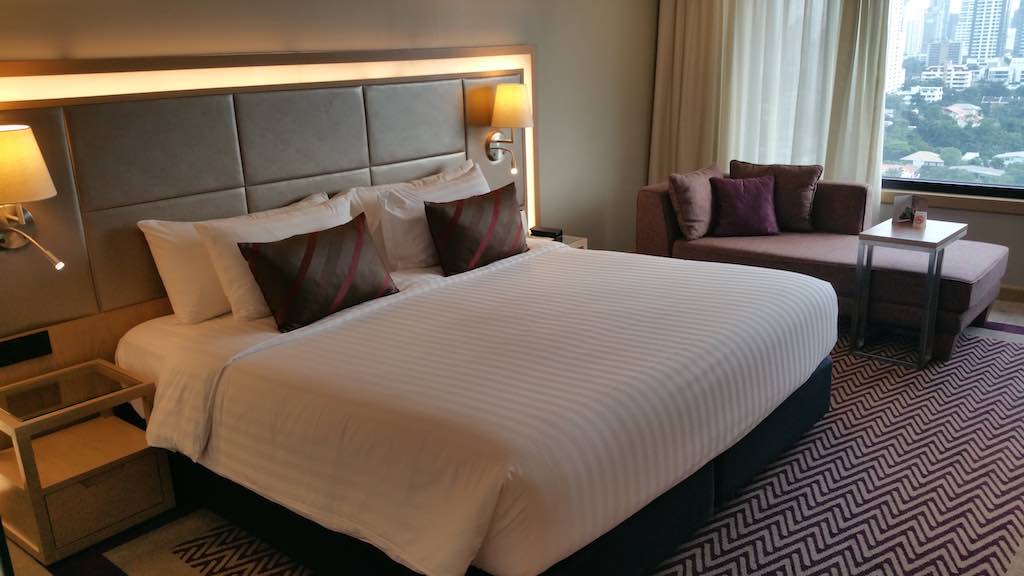 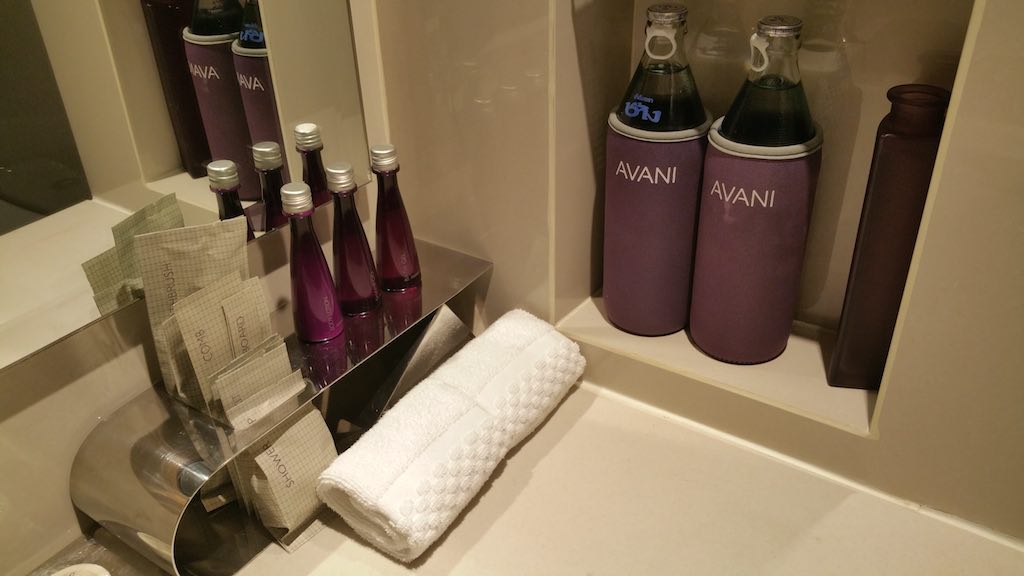 I was actually thrilled to see one of my fellow blogger, Mark Weins, Food Expert doing a segment on food in Bangkok. 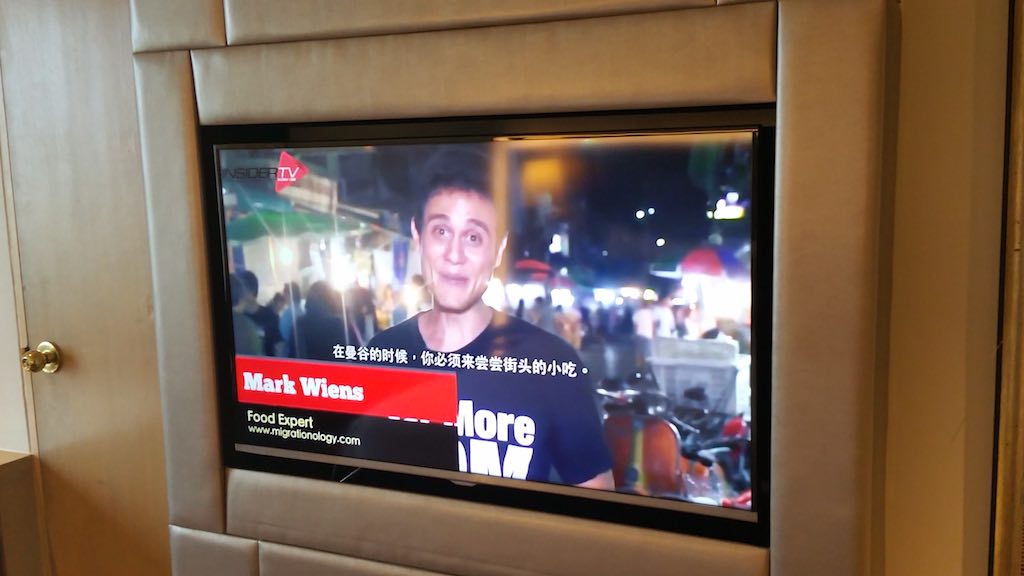 Mark Weins on TV at the AVANI Atrium Bangkok

There are several different price levels for this property. My room is a Deluxe Room. I got the same type of room on both visits, however the second time I got upgraded to the Executive Club so I could use the Lounge. I could not get a room on that floor as they were full the second time I stayed there. But it was nice enough to enjoy the Lounge. 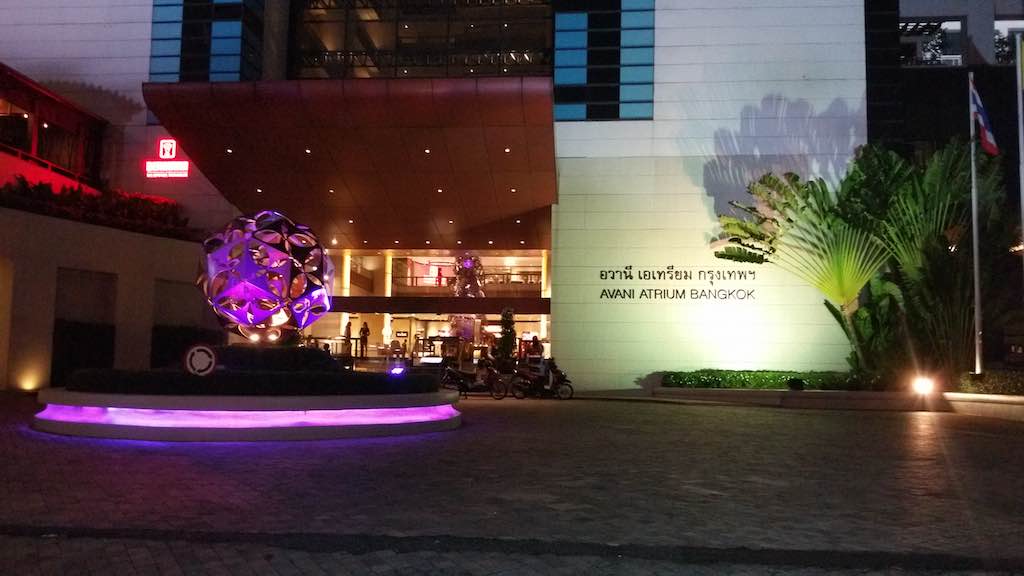 You can also take breakfast there or in the larger and more choices PUBLIC restaurant in the hotel lobby. 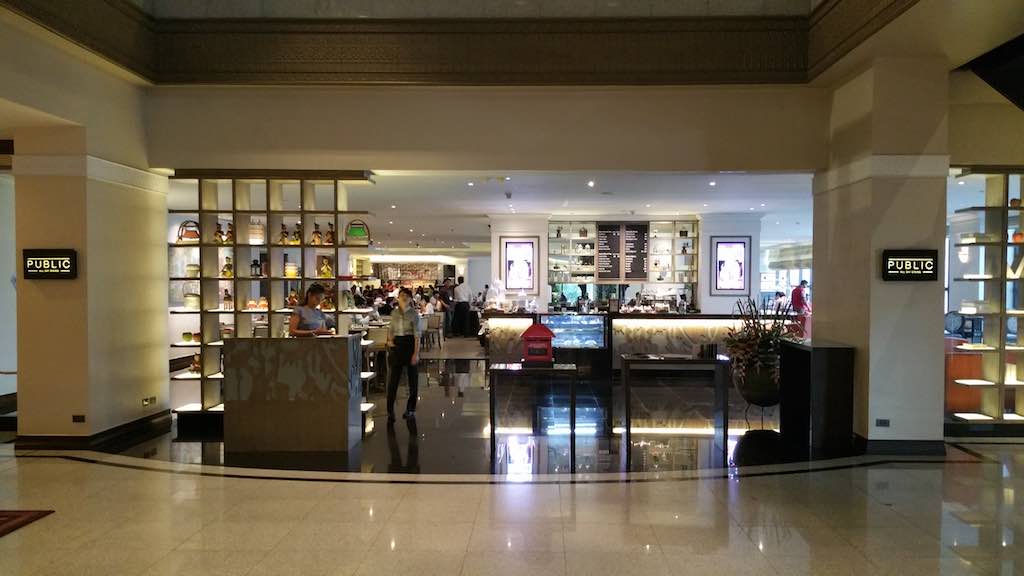 I opted to do breakfast in both places to get a feel for the level of service and food. Both were adequate. 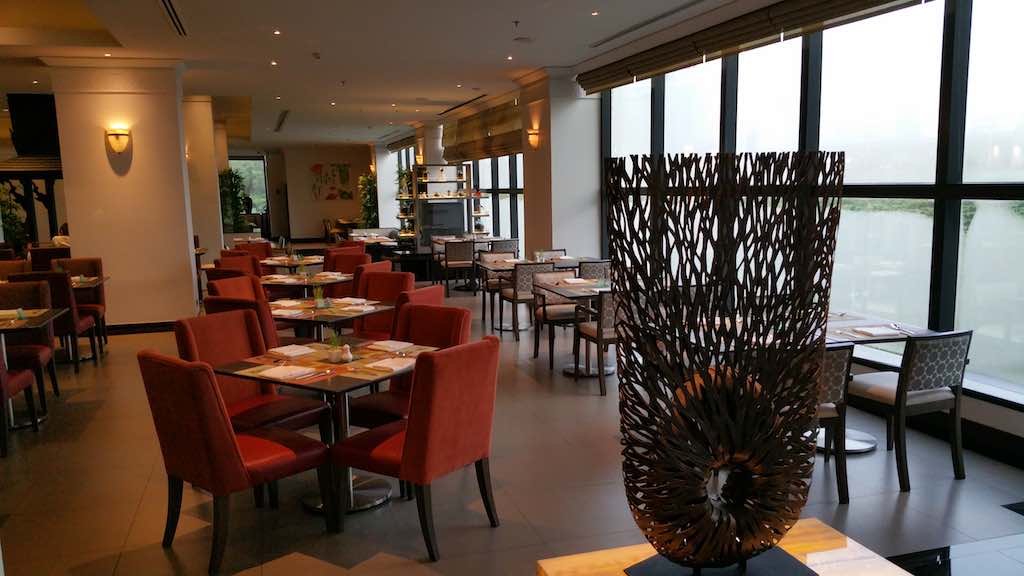 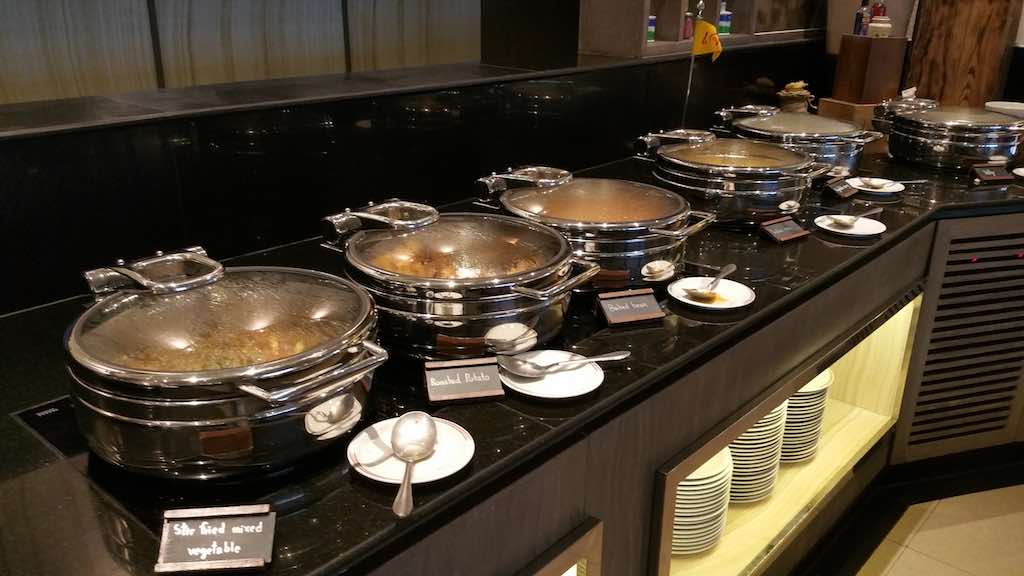 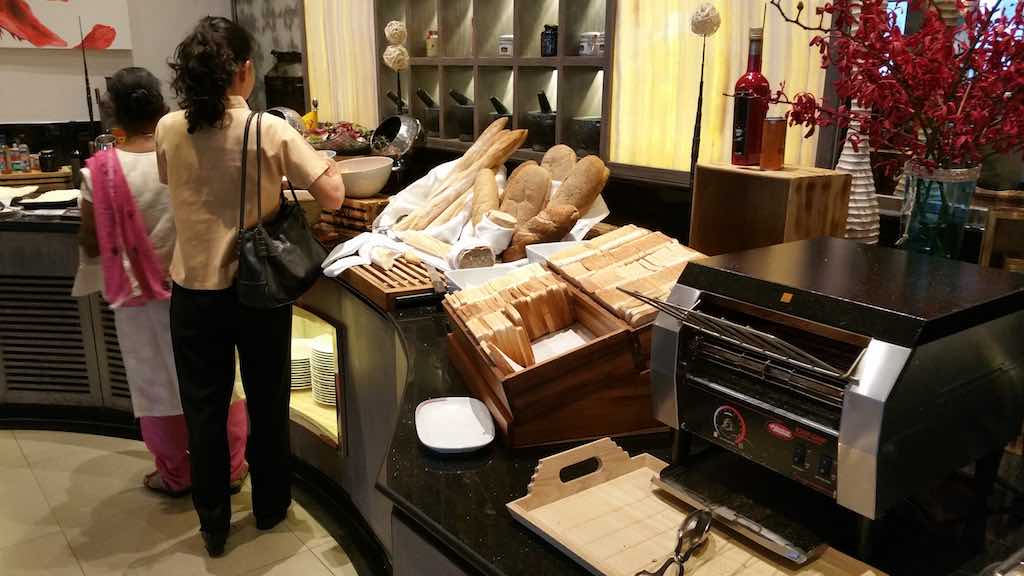 At the time of my visit they were just opening a new Benihana one floor above the lobby. 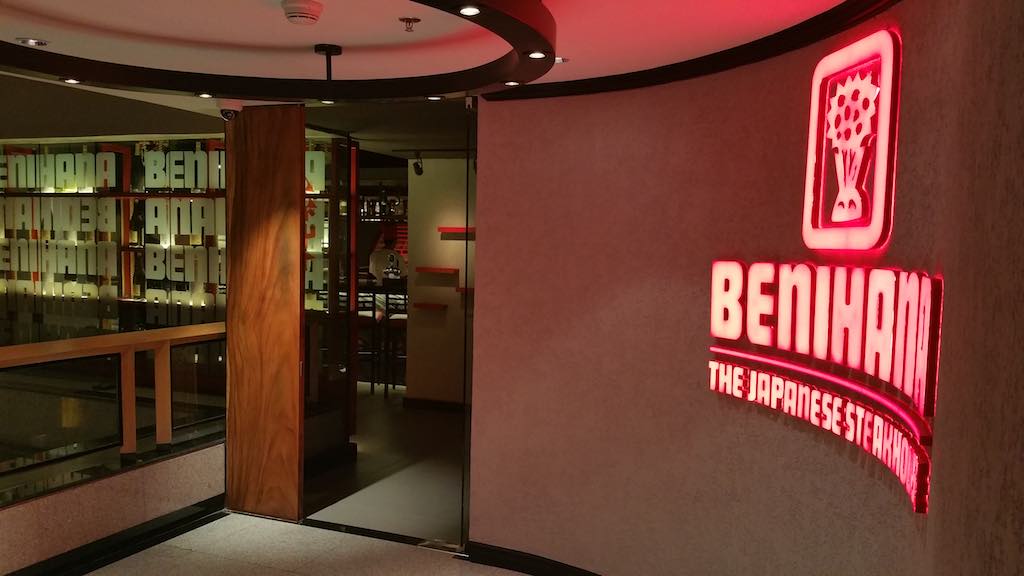 They do have a pool, although I did not use it as well as a gym on the same level. 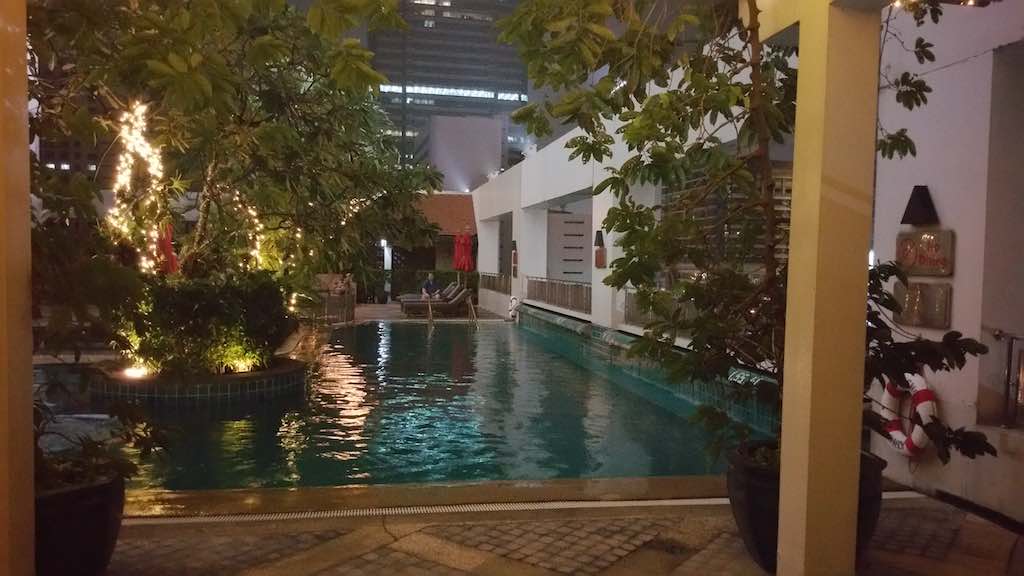 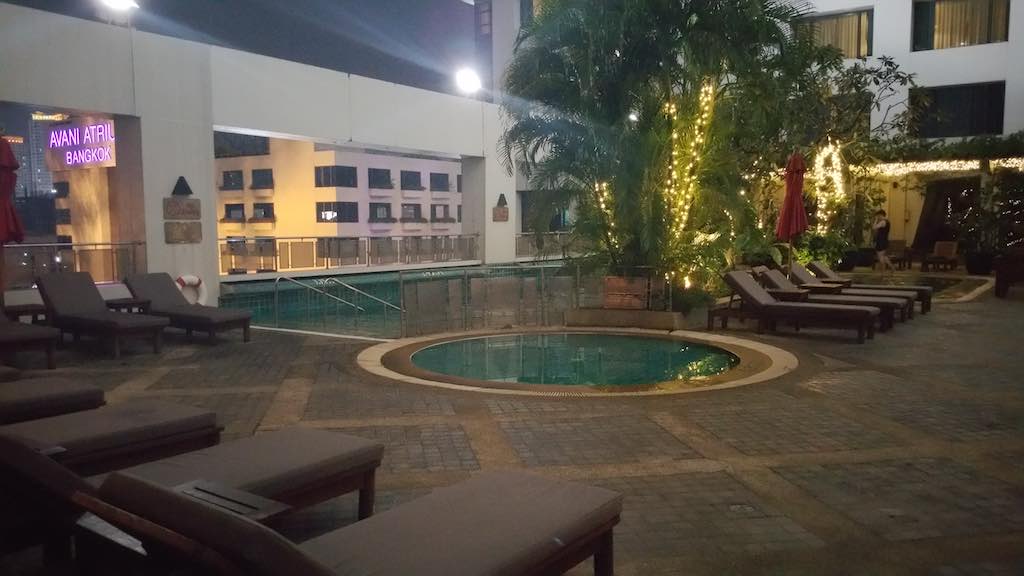 And one can get a beautiful view from the Helipad. 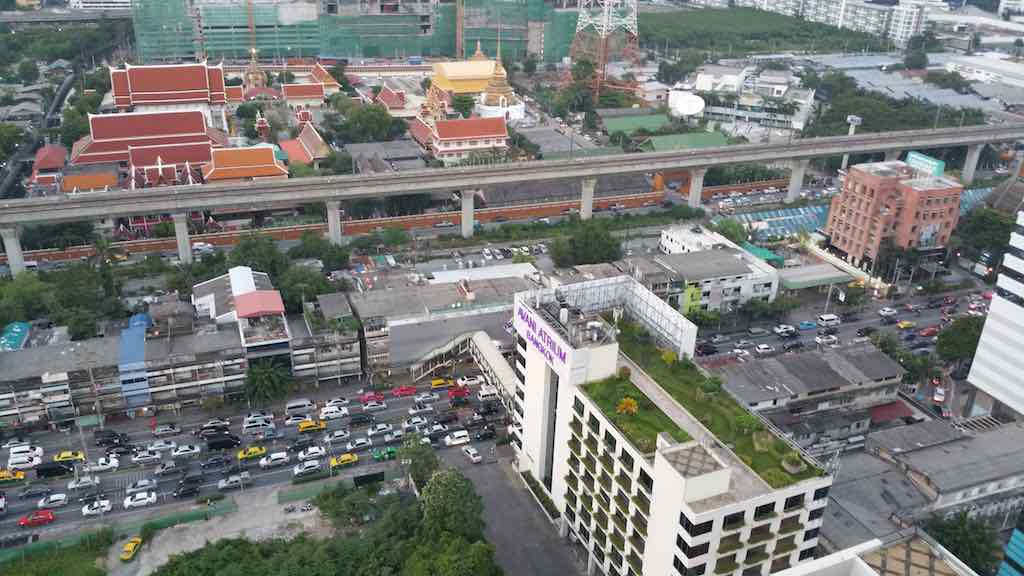 In Bangkok typically between 5-7p the Lounges at the posher hotels have happy hour. Its actually a really good one as they have east and drinks. Usually the alcoholic drinks are complimentary like at the AVANI Atrium. Wine is on request from your server. During the daytime there are usually eats and non-alcoholic drinks available. You can also work in the Lounge and enjoy the views of the city below. 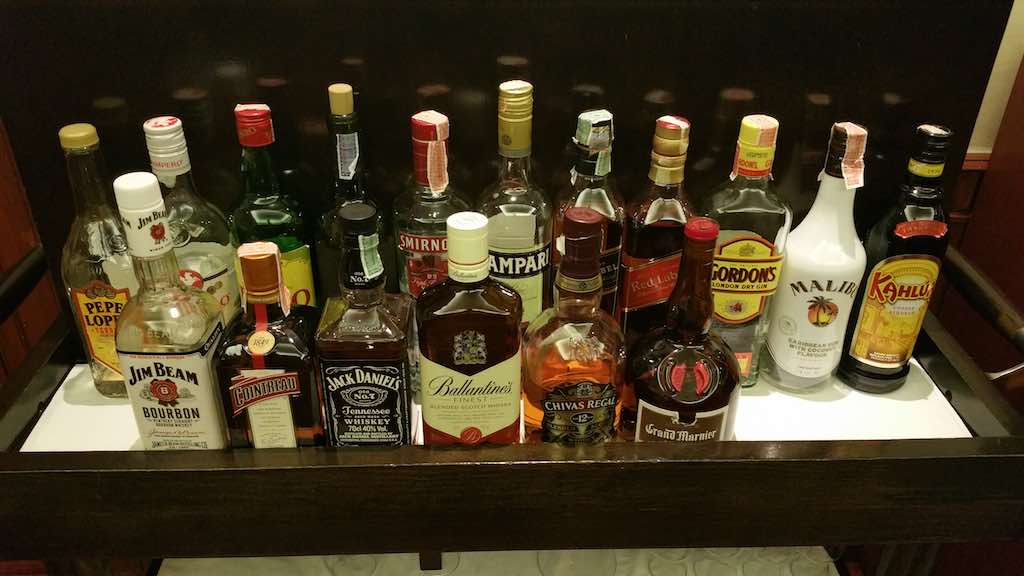 Lots of eats are provided for you to choose from as well. 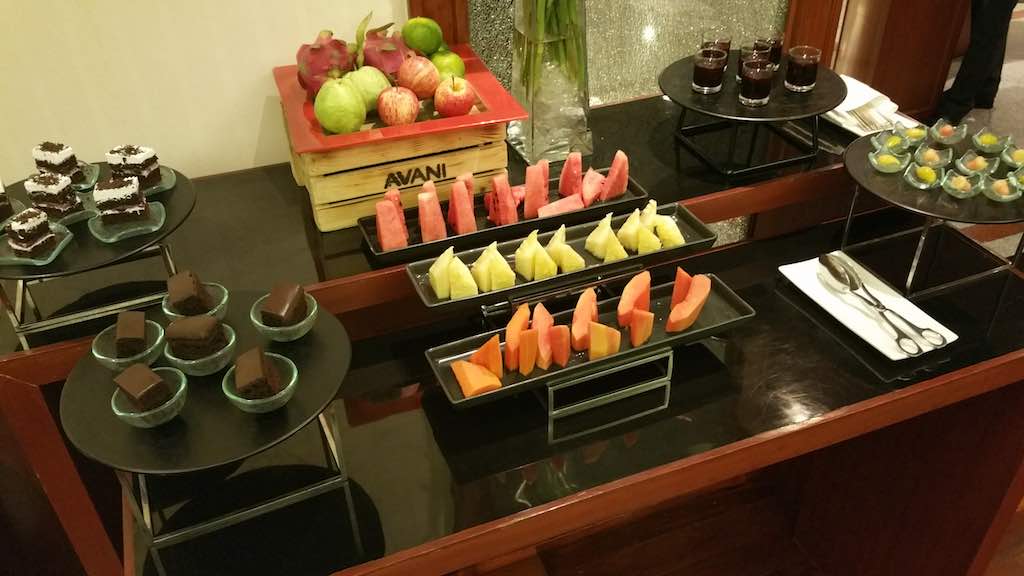 Fruit Bar in the Executive Lounge at the AVANI Atrium Bangkok 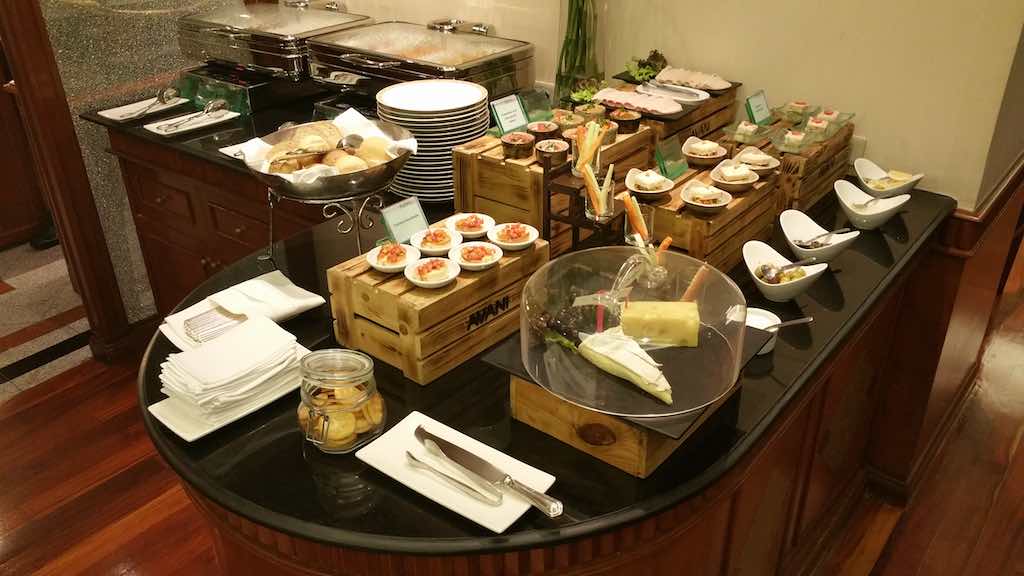 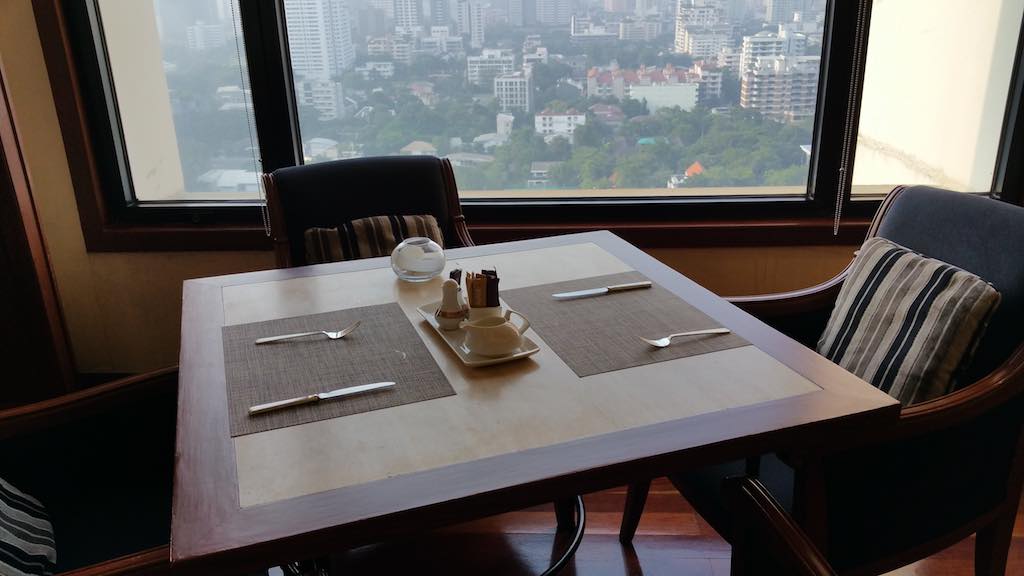 You can eat or work at your leisure.

This was an easy process and I was able to get a ride to the Makkasan train station since I was heading to the airport. They do have a shuttle schedule, so you can coordinate your departure accordingly. Their purple shuttle takes you to the station in only a few minutes. From here you can get to every where in Bangkok. 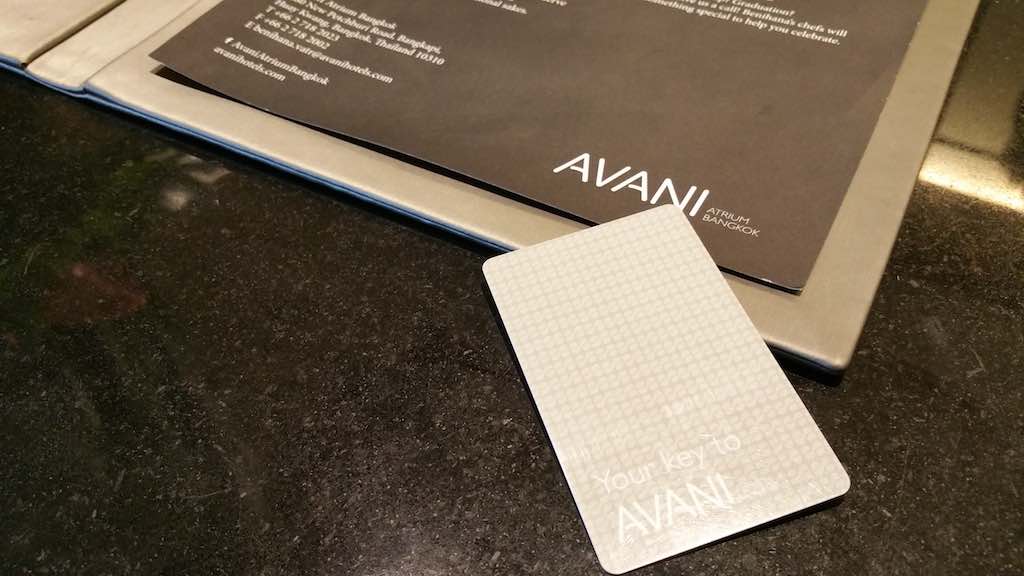 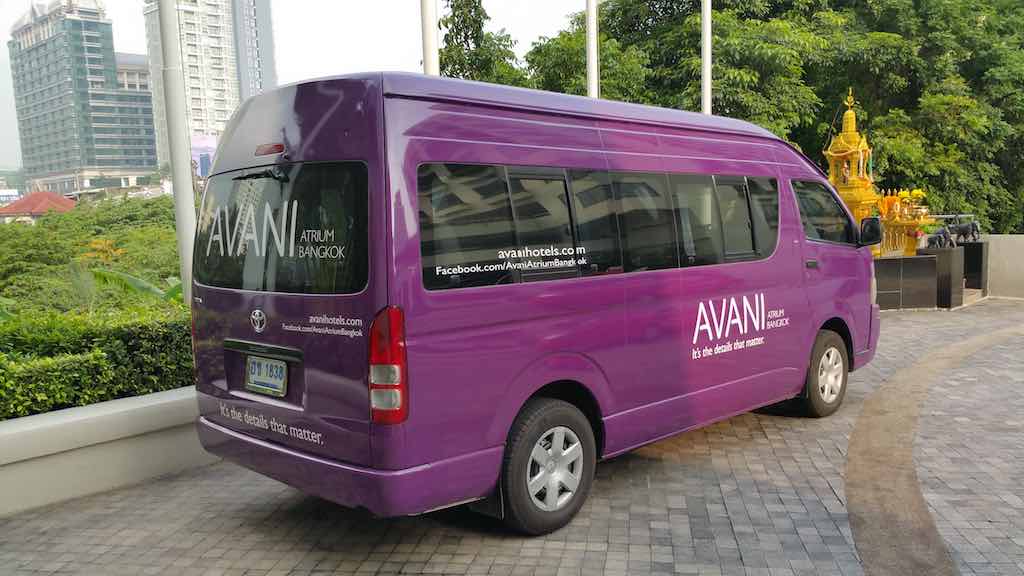 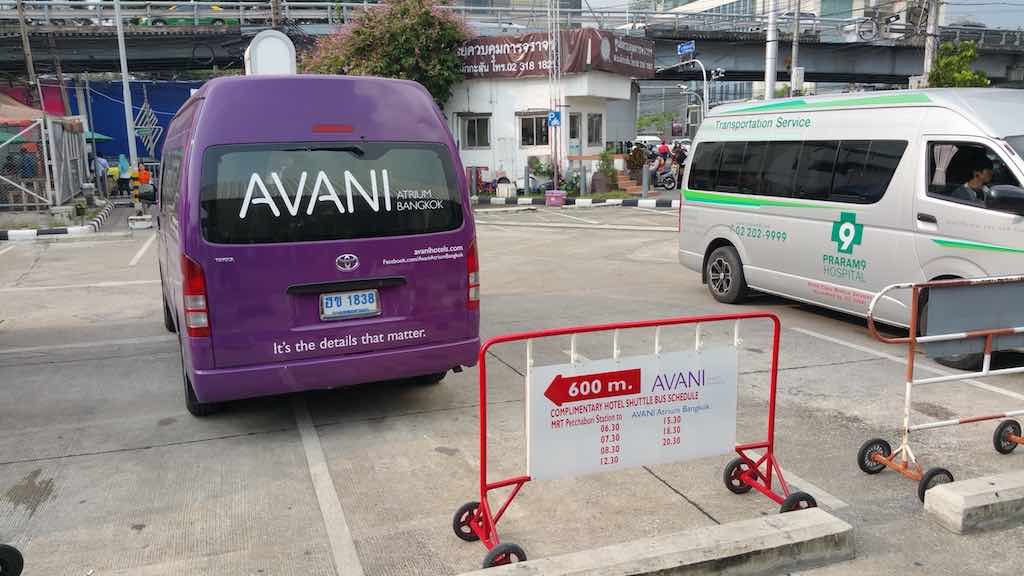 It s a great properly and moderately priced. There’s a bit of a walk from the subway or pier to get to the hotel, but you can always take a cab. And they do have a van that will take you to the train station so that makes it all better. I’d definitely stay there again.

Have you been to Bangkok and stayed at this property? What did you think? 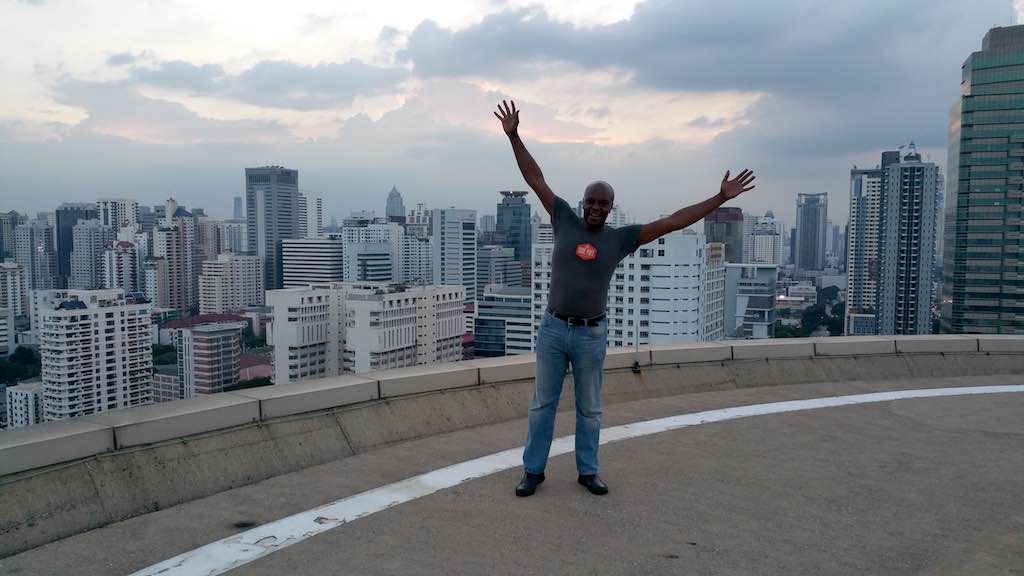