In November 2014, I was invited to Sri Lanka by Cinnamon Hotels and was flown in on SriLankan Airlines. The experience was many firsts for me and the country and experience were also top notch. I have some more information to disseminate on Sri Lanka, but wanted to give you some details on its capital city Colombo (CMB):

Places Worth Seeing in Sri Lanka The country is full of gems, but here are a few to whet your appetite: 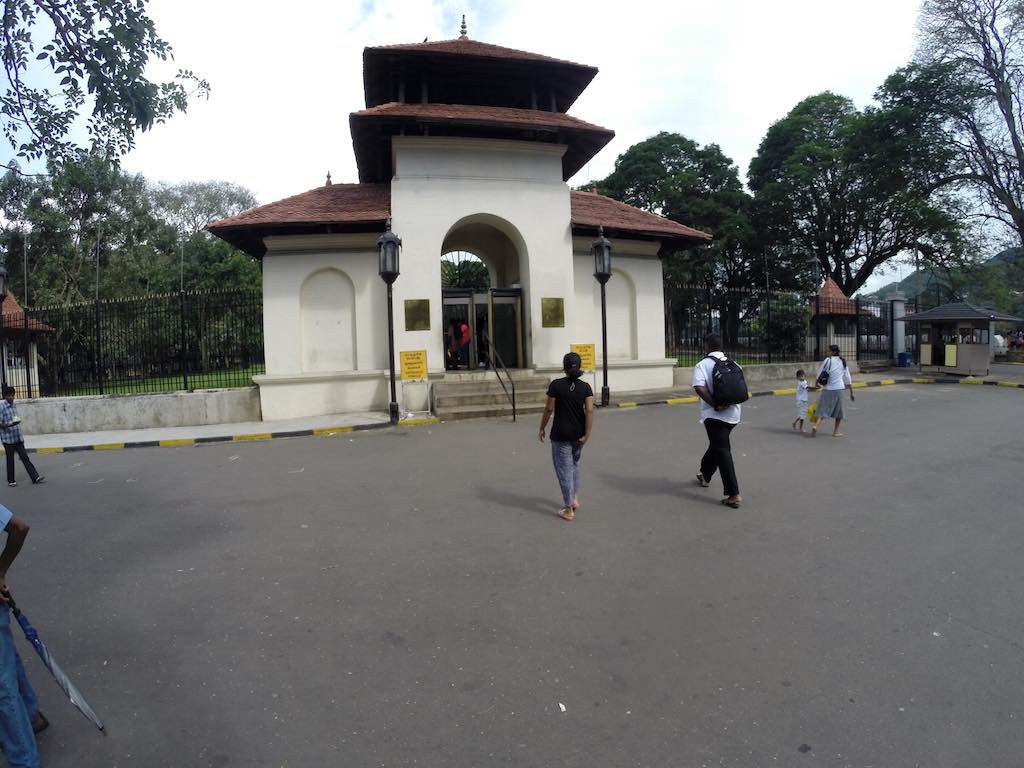 Modest Entrance to The Temple Of The Tooth in Kandy, Sri Lanka 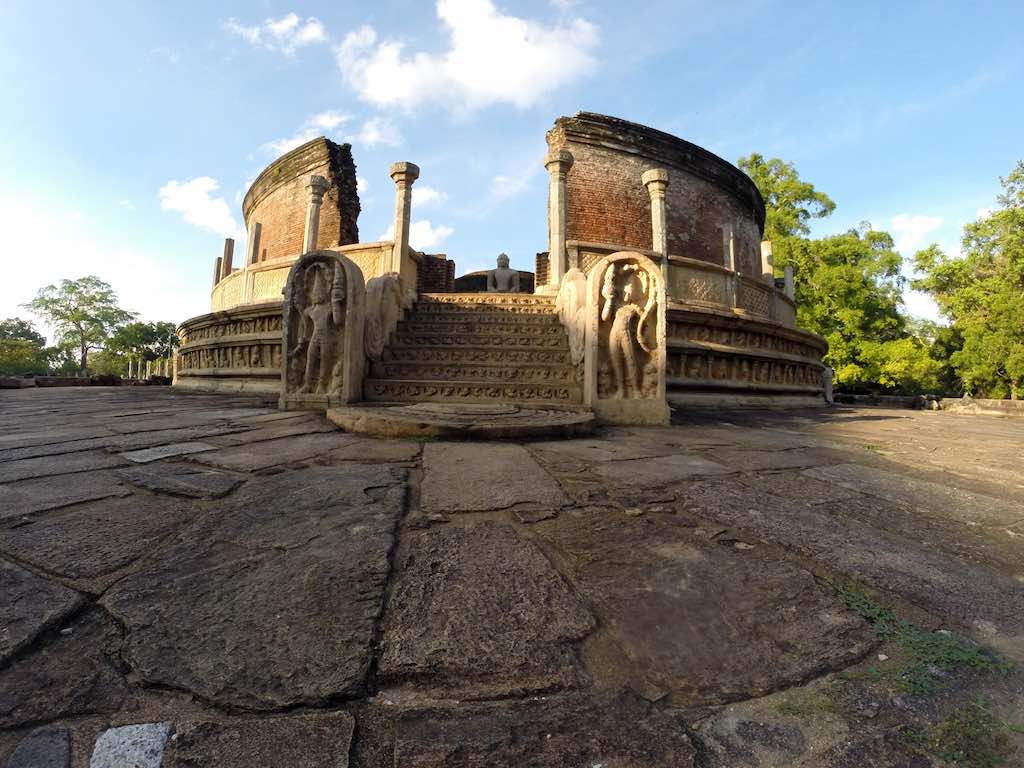 Sri Lanka – One of the many Temples at Polonnaruwa 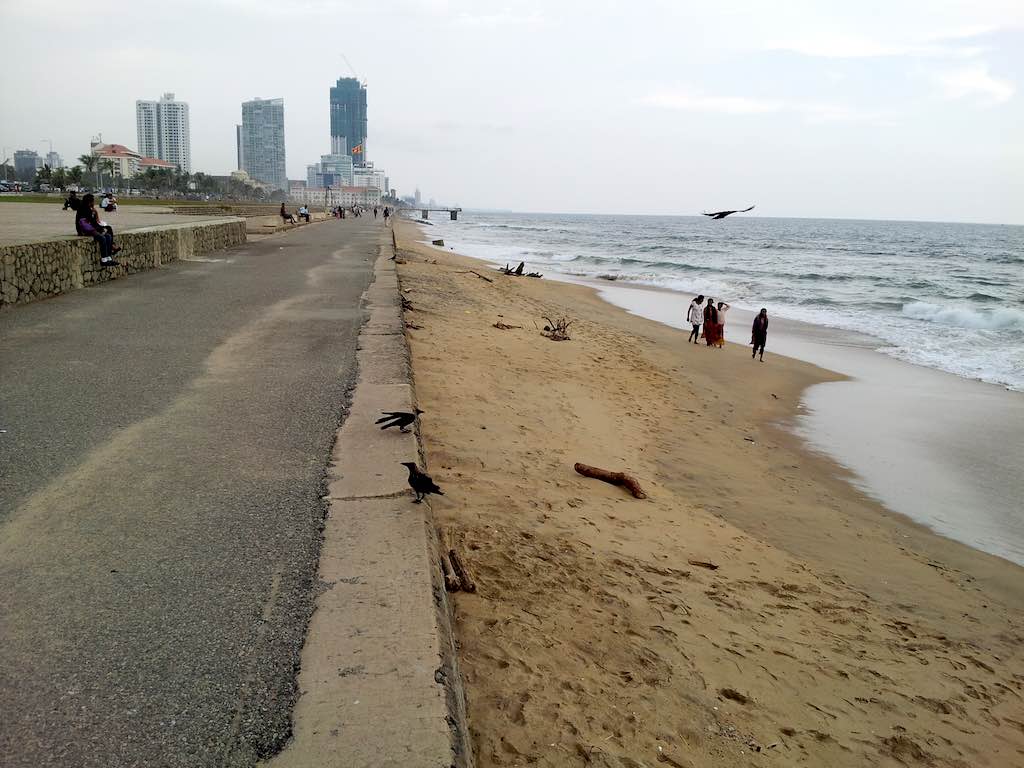 Ground Transportation Around the city walking or a Tuk Tuk will get you everywhere. Expect to pay from 100 to 500 for short trips. Negotiate and if they try to charge you more, just walk away. There are also local buses and the train. Colombo Fort is the main station in the heart of the city; there are also two other stops (Secretariat and Slave Island)  that are in the heart of the city as well. It’s really cheap on the trains. About 20 LKR. They do get crowded and people hang off the sides, which I’m told is very illegal. Just keep your belongings safe when in crowded vehicles. This is true for any place you visit. 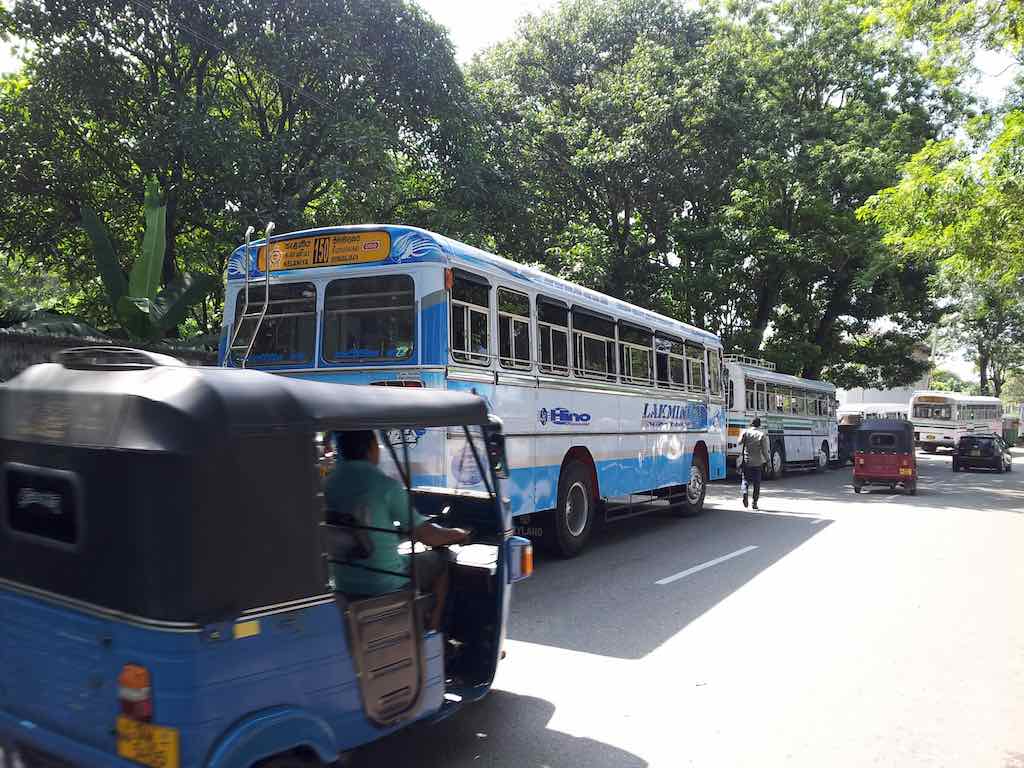 Domestic Air Transportation While Sri Lanka has some really nice highways and some not so good ones as they are in the process of improving the infrastructure, you may also travel around by air. CinnamonAir operates flights between several of the domestic airports with convenient connections to SriLankan for the international portion of your trip. You can see a report I wrote about them here. Check them out. 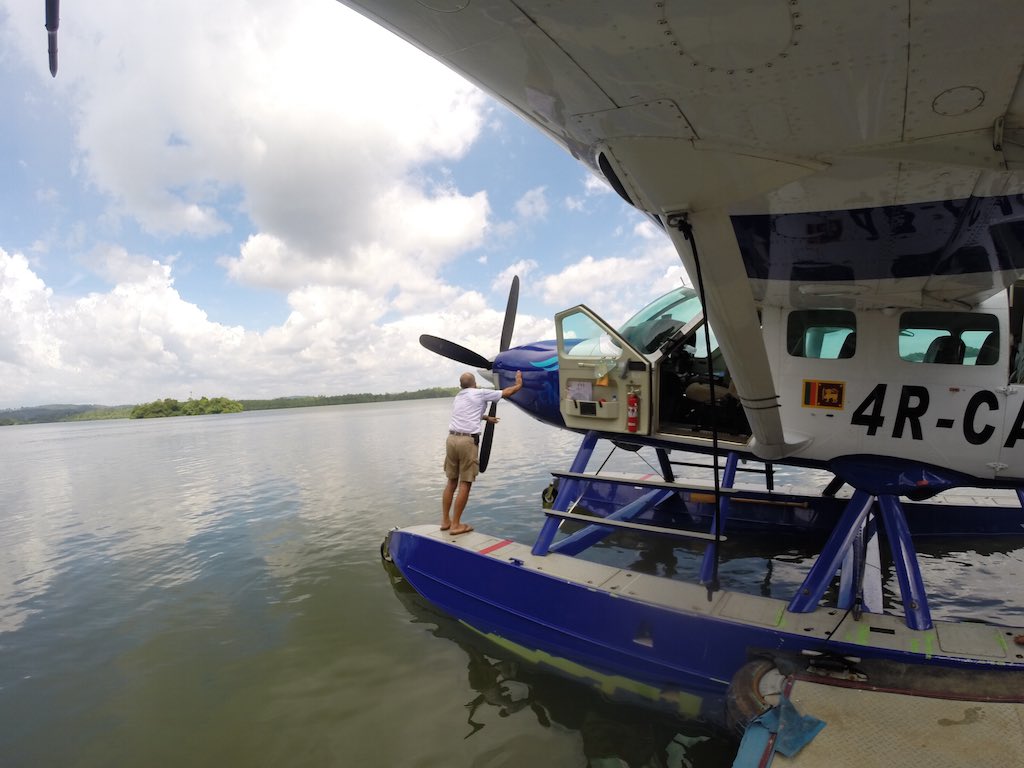 Where To Stay in Colombo There are many places to stay in the city. I stayed at the Cinnamon Hotel properties all over the country (Cinnamon Lakeside is where I stayed in the city) and also at The Kingsbury which is a luxury business property located right on the waterfront. The Lakeside also caters to business travelers as well. There’s also a Hilton close by the Kingsbury and the Cinnamon Lakeside Hotels as well. These are all in close proximity to the Financial Center, shopping and an area called Pettah which is know for its shopping. Hyatt is also building a new property along the waterfront as well. Here’s a brief review of the two properties in which I stayed in the city of Colombo:       Cinnamon Lakeside Located by the Lake (Beira) as the name implies, this property. The best feature for me is its bar that’s actually in a The Library. So you can read a book and have a beer; I like that concept. It also have a dance floor and if you smoke an enclosed smoking room plus you can do karaoke as well. It’s one of nine places to eat and drink on the property. You can also have dinner on a boat that is docked by the river an while you eat it chugs along the Beira Lake. The hotel also caters to weddings (there was on there on my visit), banquets and conferences like the one I attended there. 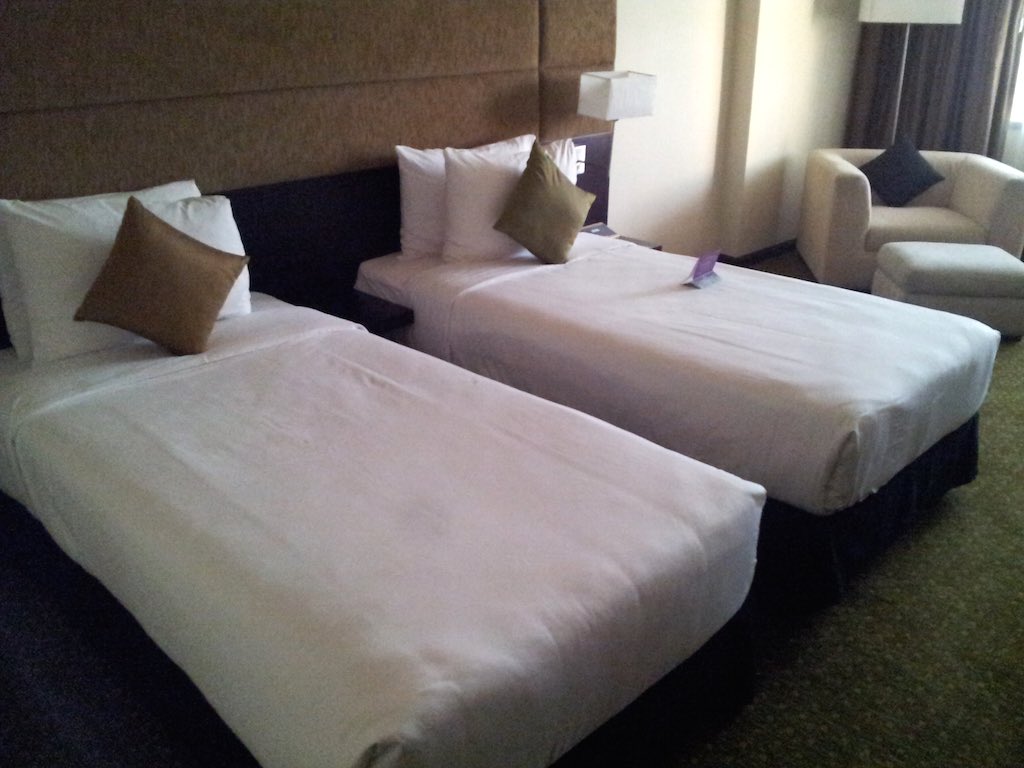 Cinnamon Lakeside – Interior of the room with two twin beds

The Kingsbury If you are in town for a business meeting then you’ll really like this property. It’s within easy reach of the financial district, you can see the towers from the hotel as well as the Central Bank. All rooms have a view of the sea. Like almost all the luxury Sri Lankan hotels it has a pool, fantastic buffet and fine restaurants among other amenities. For me, its signature is the Executive floor, where you have access to the Executive Lounge with a Butler who will take care of your every needs; I mean your every needs. He even anticipate your needs which for me is needed :-). The hotel also caters to weddings, banquets and conferences with several conference rooms throughout the hotel. 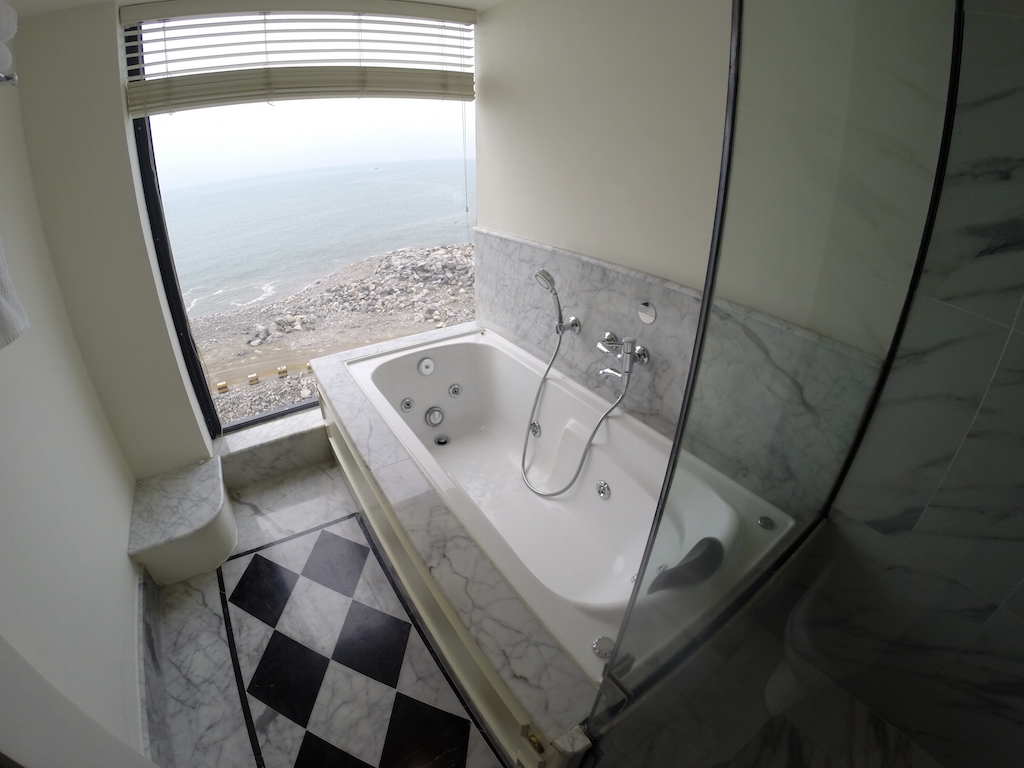 Colombo Sri Lanka – The Bath tub at the Kingsbury

When you are ready to book, use this widget so you can do some comparison shopping. I also earn a small commission if you use the widget to make your bookings. Thanks for your support.

If you are into logging countries, this is one of the best ways to get to Maldives. It’s only 1:30 by plane and you can take Korean Airlines (KE) or SriLankan Airlines (UL) over either using a ZED or by one of the low fares in the market.

Have you been to this region? If so please leave a comment below about your recommendations and experiences. If you’ve not, then leave a comment if you need additional information about taking the trip.