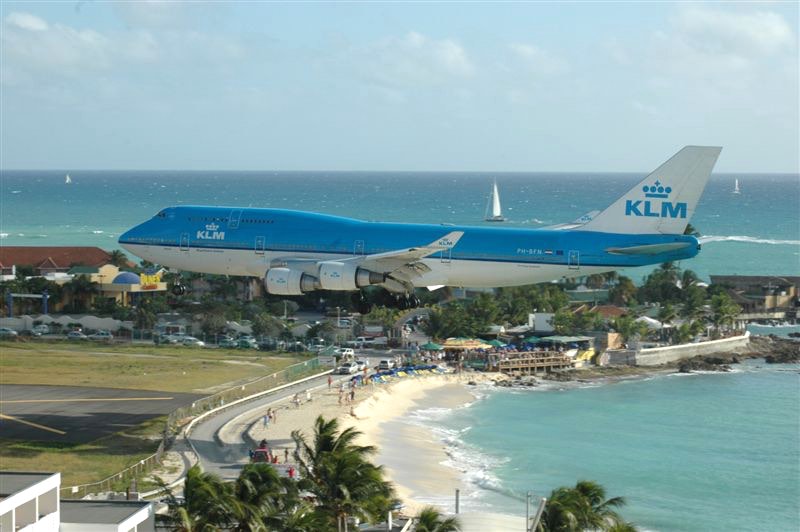 If you’ve not made it to St. Maarten (SXM) you are missing out. It’s not exactly easy to get to as the flights are usually full. But when you do, it is worth it!

I’ve not been in a while now; looks like 2006 was my last time there, so I’m well overdue a return. The airport is now renewed with jet bridges, which makes it hard to see the planes, but progress I guess. On one of my stays, the one where I took that photo above, I stayed at The Sonesta Mahoe Beach Resort and Casino; its a little pricey, but you can sit on the balcony and watch planes all day; how about that. Check rates at the hotel below:

From the U.S. American, Delta (DL), JetBlue (B6), Seaborne (BB), Spirit (NK), US Airways (US); from Canada, its Air Canada (AC), Air Transat (TS) and Westjet (WS). Air France (AF) comes in from Paris and a number of Caribbean airlines including Caribbean Airlines (BW) and Liat (LI) also serve the island. Oh and Copa Airlines (CM) comes in from Panama. Ensure you have backup passes though as it gets tricky. Once I had to buy a ticket to St. Thomas (STT), then take American to San Juan (SJU). 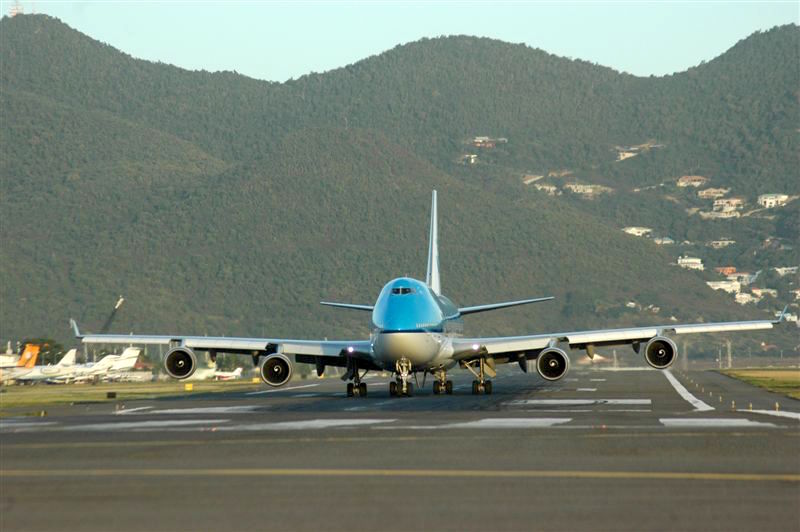 Try not to be like these silly people below and stand at the end of the fence behind the airplane as it leaves. As you know those four engines are very powerful! 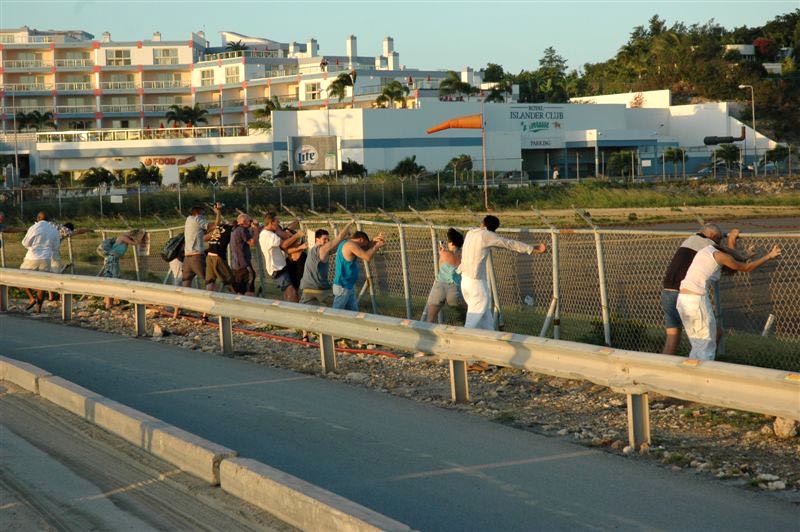 The draw is the approach to the island and its very short runway with mountains at one end and the Caribbean Sea at the other. It’s main star: The KLM Boeing 747-400! 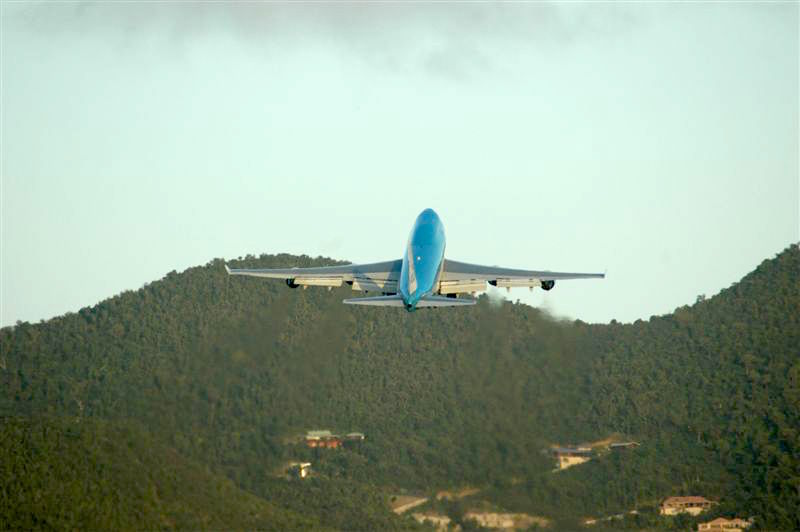 Here’s a video that KLM did about the voyage from takeoff to landing in SXM.

I’ve also added some more photos from my visits there. Have you visited? Please leave a comment below. 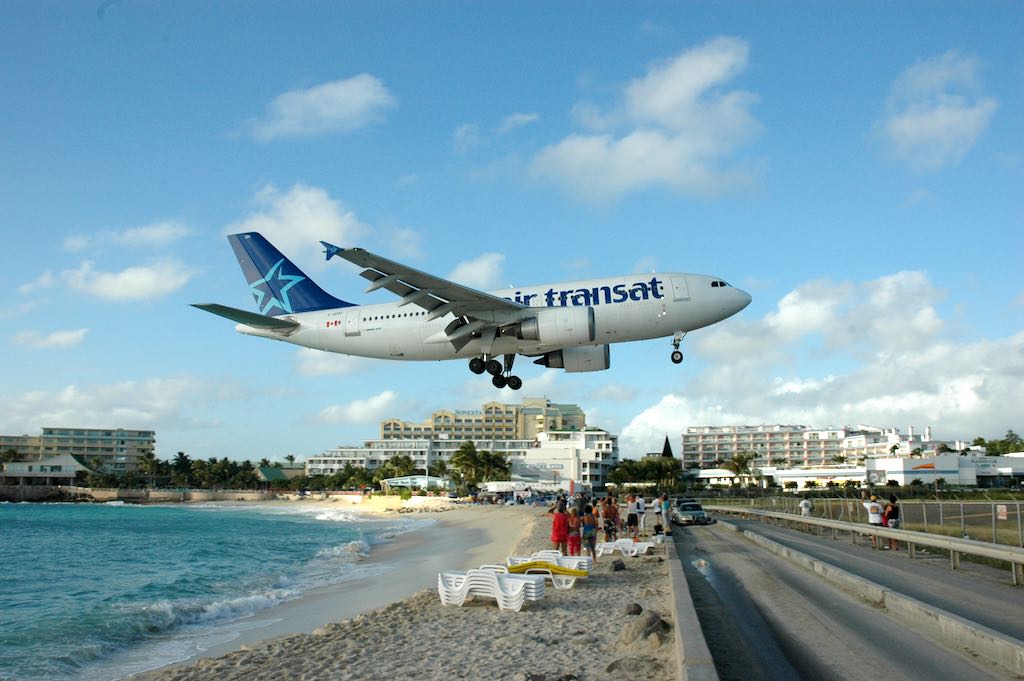 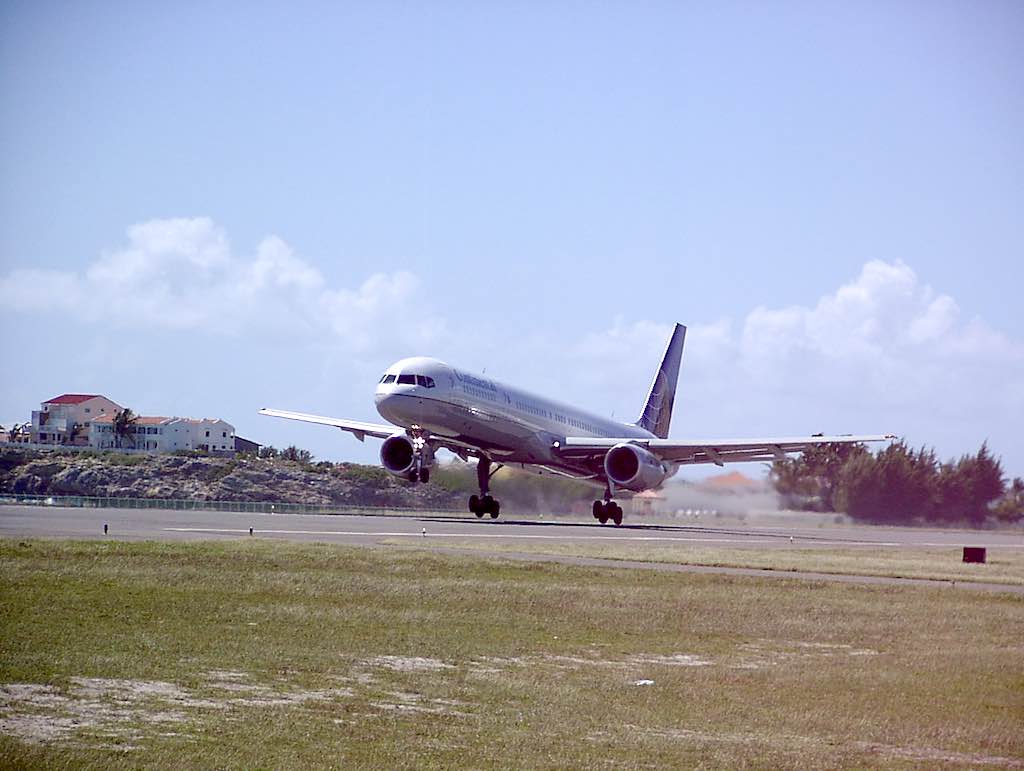 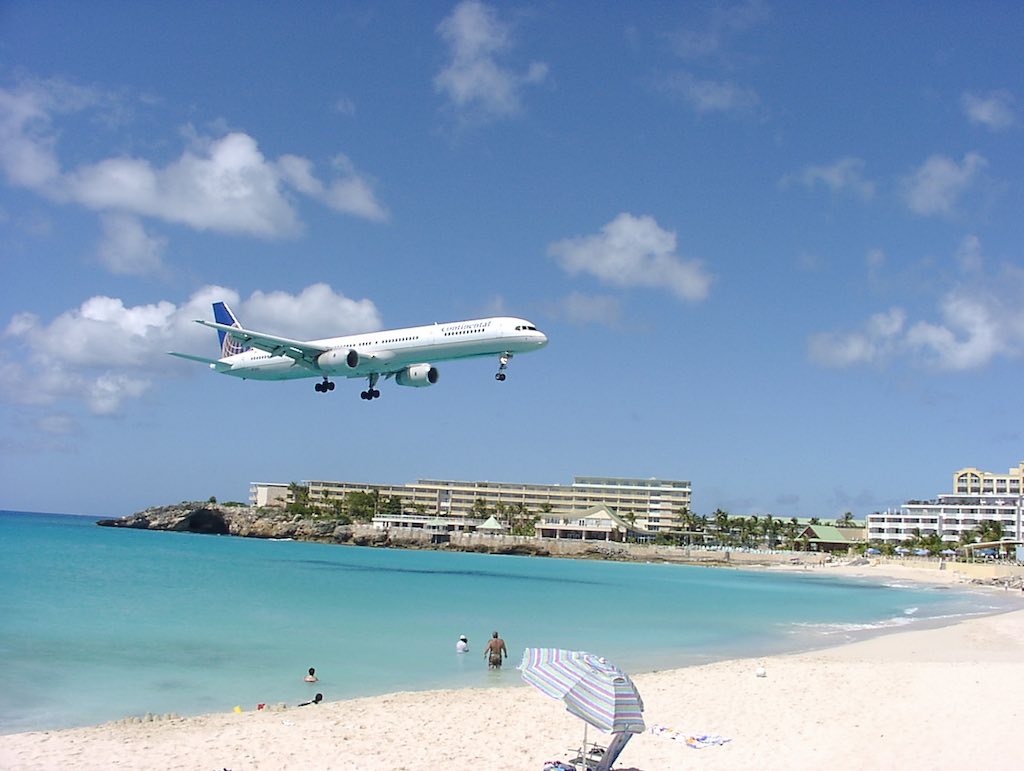 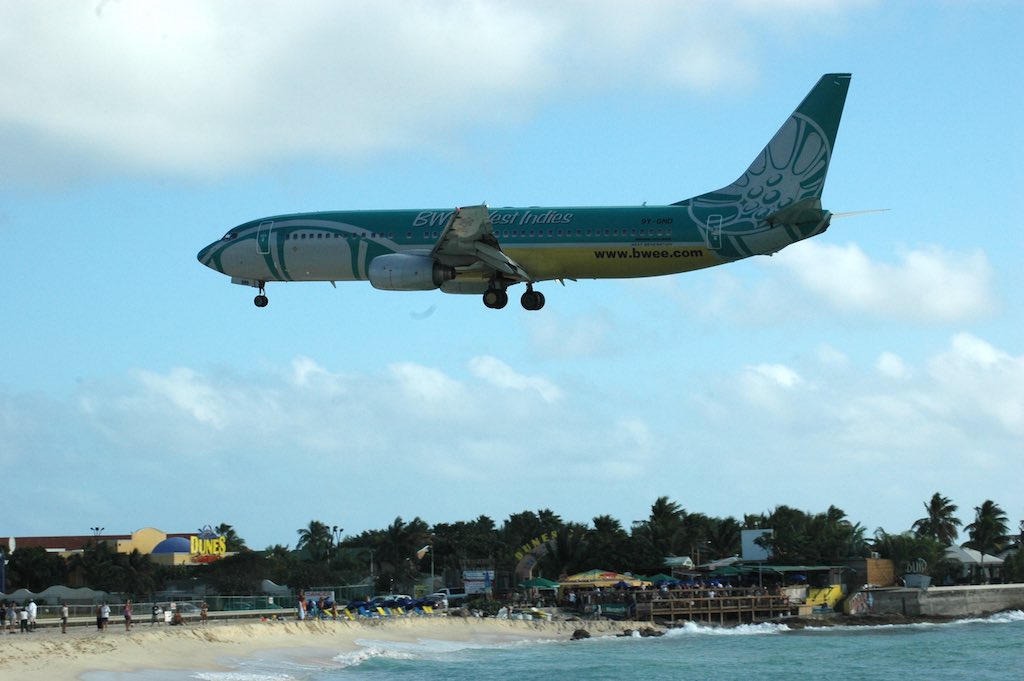 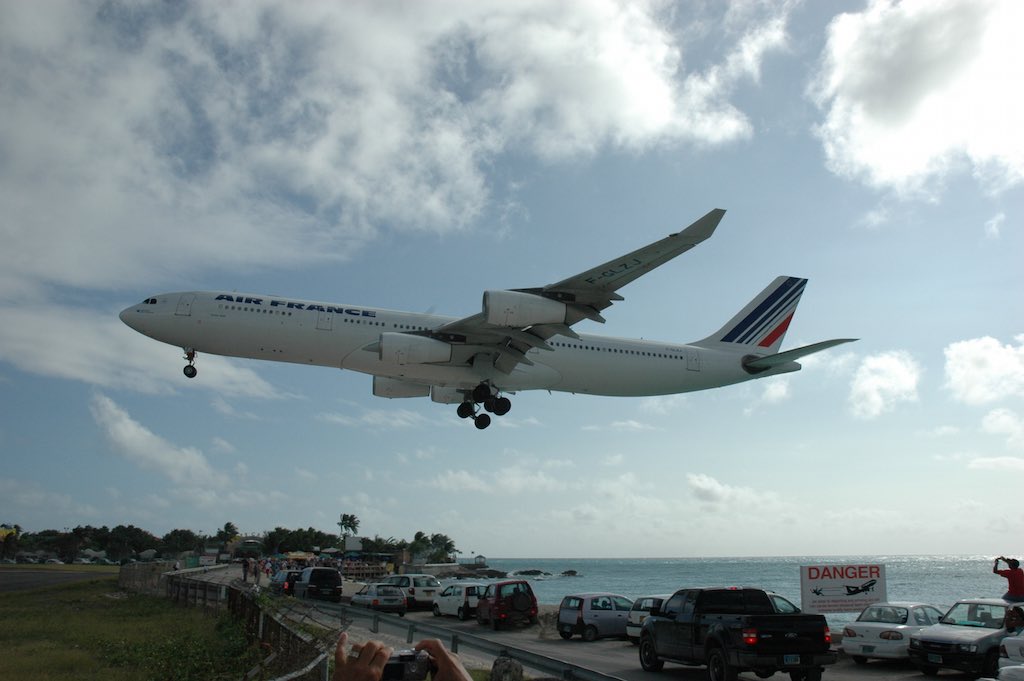