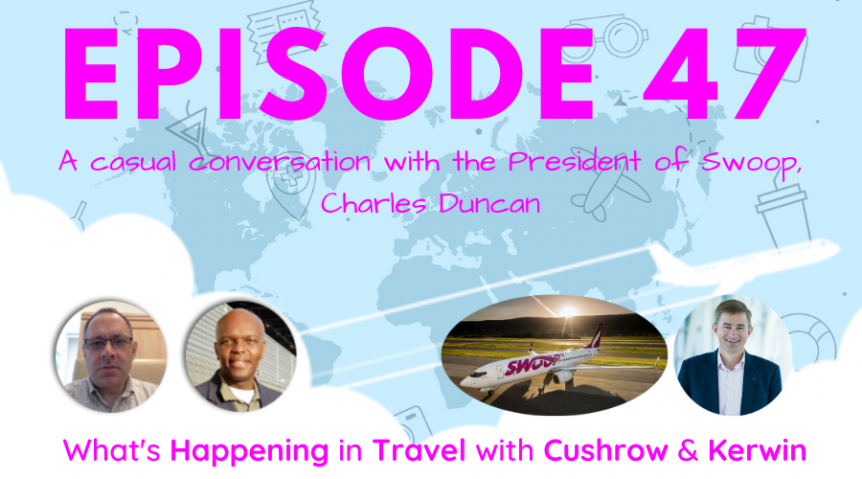 This week is a very special episode as we talk with our friend and ex-colleague at Continental Airlines/United, now President of Canada-based, Swoop, Charles Duncan. When Swoop first started, I also wrote an article introducing Swoop. 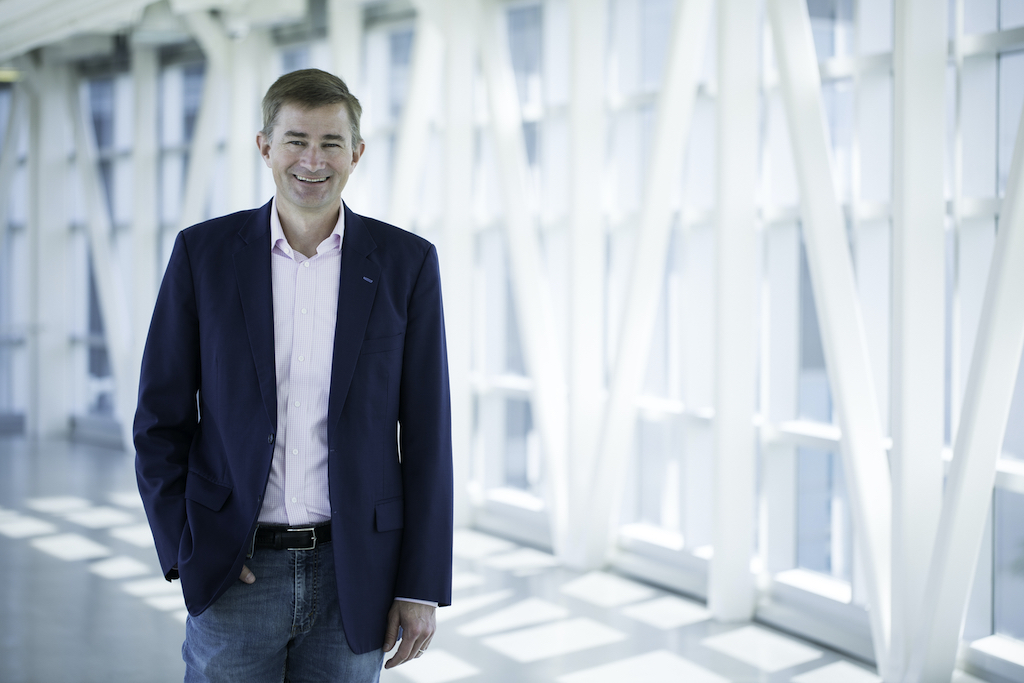 Charles Duncan joined WestJet in June of 2017 as the President of WestJet Encore. In August 2018 he became Executive Vice President and Chief Strategy Officer before becoming the President of Swoop, WestJet’s ultra-low-cost carrier in April 2020.

As President of Swoop, Charles has accountability for all aspects of the business, including short and long-term planning, branding, pricing, product development and operations. Charles will drive Swoop’s footprint in Canada in support of the WestJet Group’s longterm strategy.

In addition to being the President of Swoop, Charles also oversees WestJet Cargo where he is focused on the domestic and international growth of the airline’s in-house cargo services. Prior to joining WestJet, Charles enjoyed a long and successful career with Continental Airlines and then, through merger, with United Airlines.

He navigated the commercial side of the Continental business with roles in pricing and revenue management, network planning and sales, spending thirteen years in Asia.

In his last position at United Airlines, Charles was Senior Vice-President, Technical Operations, where he oversaw the maintenance organization of 12,500 employees.

3:59 – Why do you think an airline in an airline concept works everywhere else except the U.S?

8:09 – Are you worried about cannibalizing WestJet’s traffic? Or are you catering to a different demographic?

11:06 – Are there interline agreements between WestJet and Swoop and can passengers connect seamlessly?

12:02 – So WestJet points won’t work on Swoop and a Swoop passenger can’t use the WestJet Lounge?

12:55 – Do you expect Flair to be a formidable competitor with the addition of Steven Jones who is ex-Wizz Air exec?

15:29 – Do you think with the addition of OWG, Canada will be able to sustain so many airlines?

16:18 – Does Swoop do cargo flights? And how is cargo doing in the pandemic as you are in charge of WetJet’s cargo?

21:42 – Any plans for a subsidized bus service from Hamilton to the city like say Norwegian did for Stewart-Newburg in New York?

23:17 – Did you have to build an entire FIS system at Hamilton for international flights? 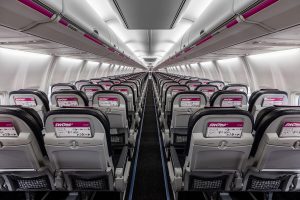 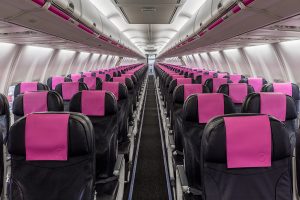 26:21 – What percentage of passengers are filing claims for your COVID insurance? How do you prove where they get infected?

29:04 – What are your thoughts on social distancing on airplanes and what is Swoop doing to keep the airplane clean?

32:33 – Any thoughts on any sort of codeshare with a U.S. ULCC or any other Ultra Low Cost Carrier?

34:01 – Given that Swoop has modern fleet compared to the other ULCCs, does Westjet maintain Swoop’s aircraft?

35:24 What is your current fleet type? And are any planes grounded due to COVID? 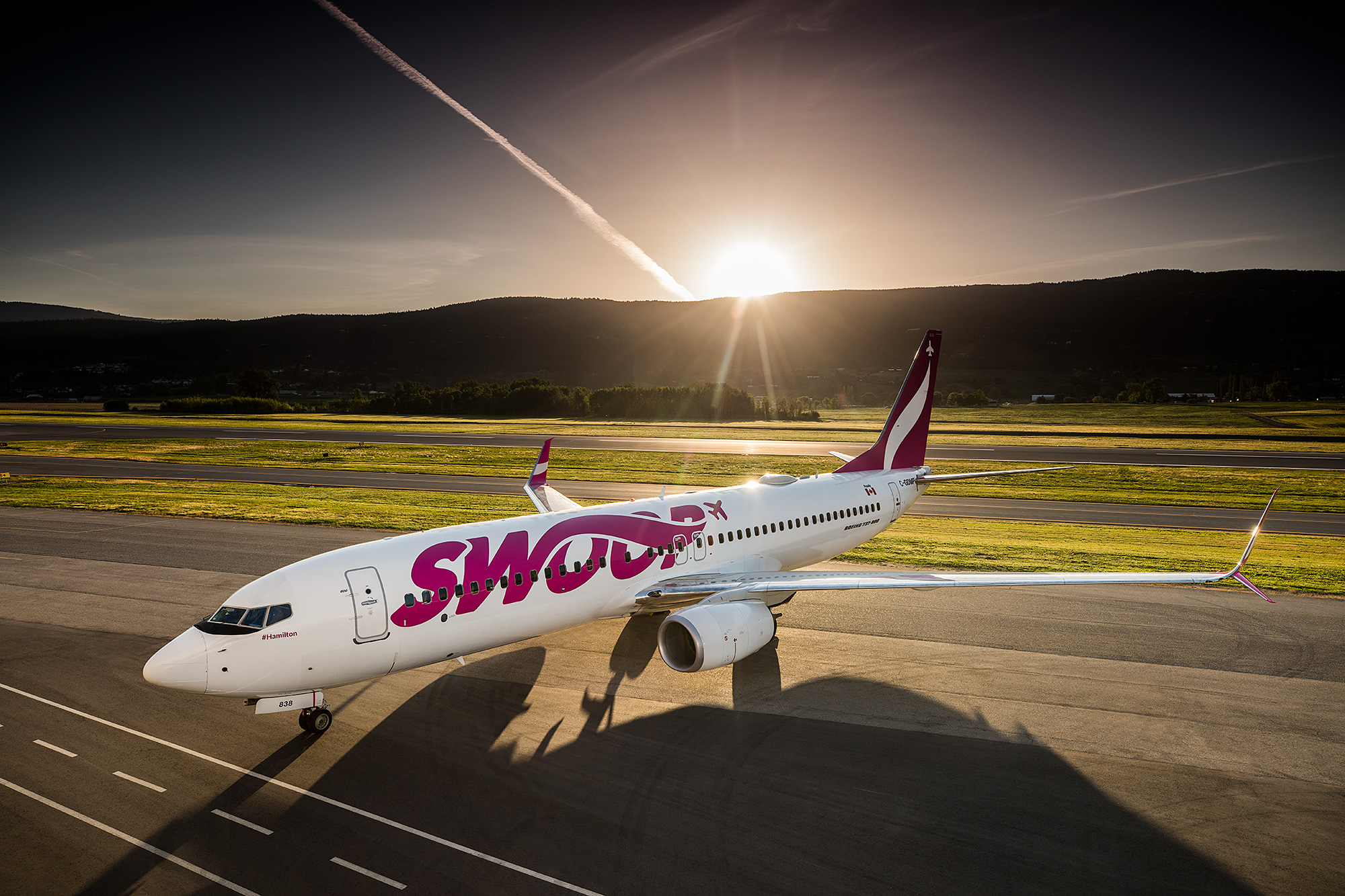 36:22 – Would you consider a fleet type that’s distinct from WestJet like the 220, the old Bombardier CS series?

41:55 – Any plans for Swoop operating to London from maybe St. John’s or anywhere else?

47:10 – Any thoughts of having flights to nowhere?

47:56 – Are you open to listing on sites like ID90 and also having ZED agreements with other airlines for staff travel?

48:13 – Is the population in Abbotsford enough to sustain service there? 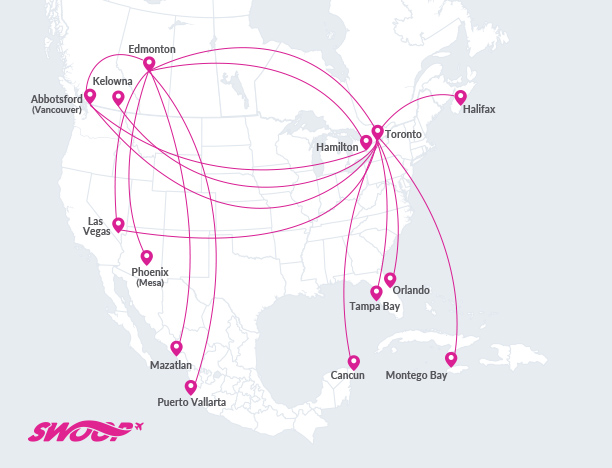 50:59 – What is in Kelowna? Why does every Canadian airline fly into Kelowna? What’s there?

52:33 – Any thoughts on the closing U.S. border and how its affecting Swoop?

Where To Find Us