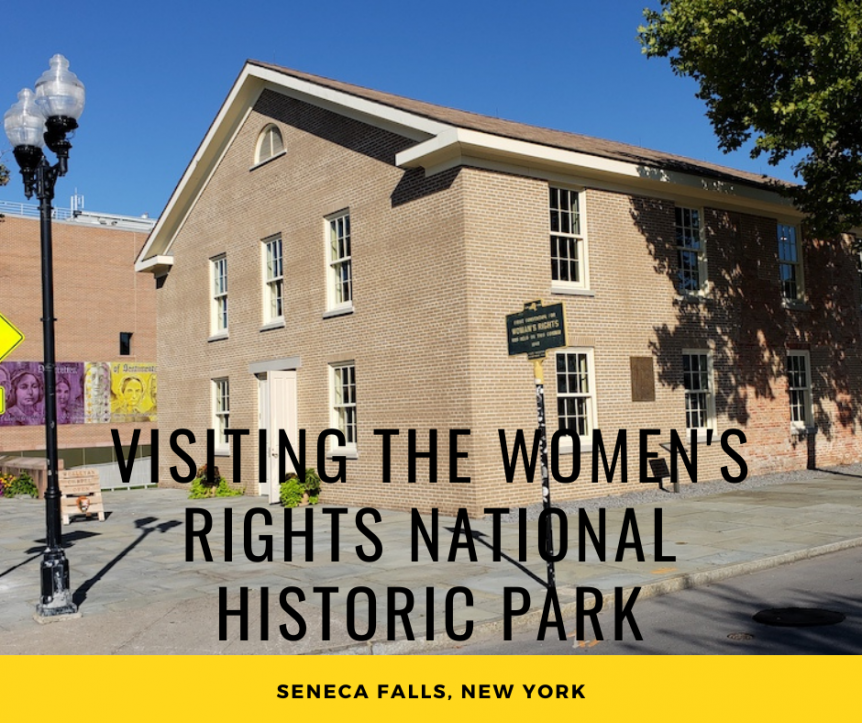 In mid-September, 2018, I was guest of The Finger Lakes Tourism Board in Seneca Falls, NY. Today, it’s a sleepy town, but in the early 1900s, it was far from it.

Seneca Falls, NY is the home of the Women’s Rights National Historical Park. This museum, run by the National Park Service, showcases among other things, the fight women had in the United States to get the right to vote.

But that’s not all Seneca Falls is about, its a beautiful city as you will see from the photos here; great food as well. 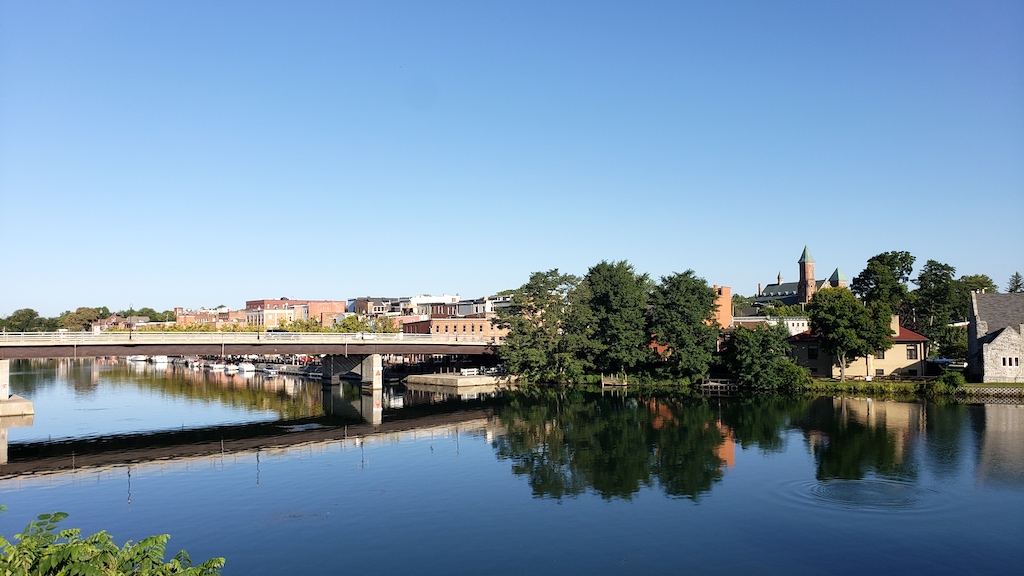 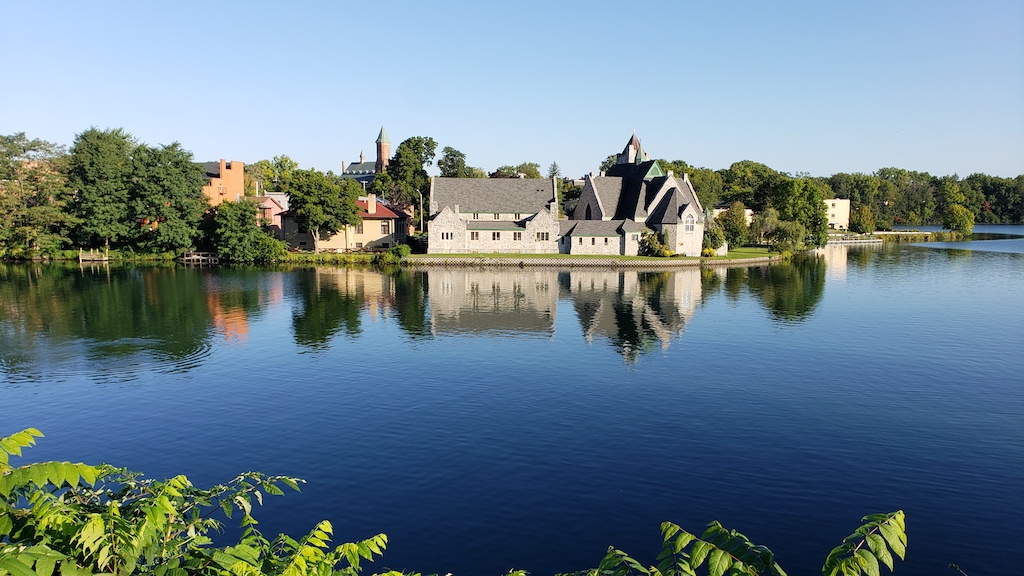 Where is Seneca Falls?

Seneca Falls is located just west of Auburn, NY between the cities of Rochester and Syracuse. 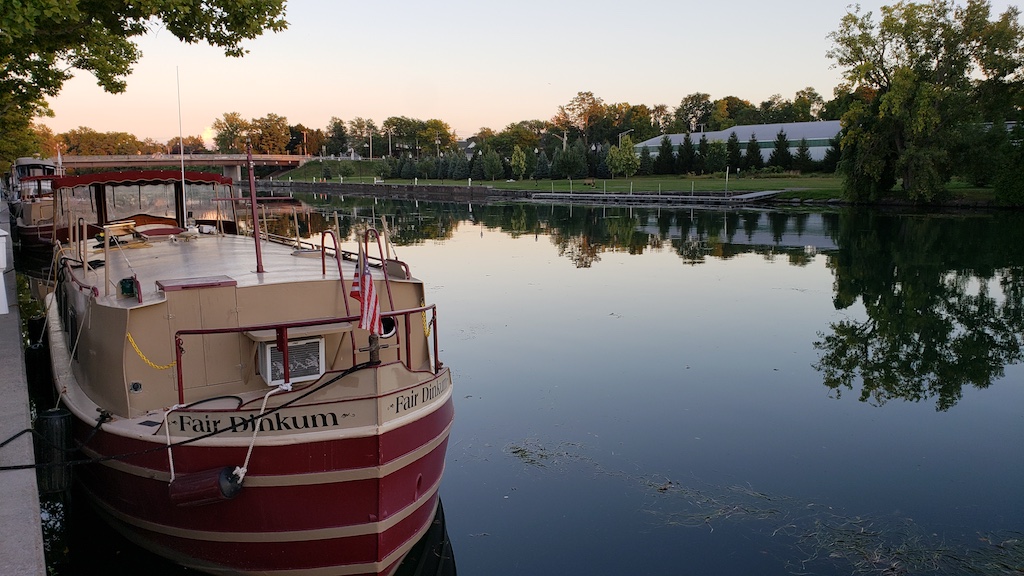 There are many ways to to get to Seneca Falls, NY. let’s take a look:

Alternately, you can fly into Ithaca (ITH) or Elmira/Corning, NY (ELM).

From Syracuse, NY take the I-90 west to Exit 41. You may also take I-490E to I-90E to the Syracuse exit from the Rochester, NY. Use a mapping software such as Google Maps for directions.

You can take Amtrak to the Rochester or Syracuse stations, then you would need to rent a car to get to Seneca Falls, NY.

Greyhound bus has service to Syracuse and Rochester, Then you would need to rent a car. 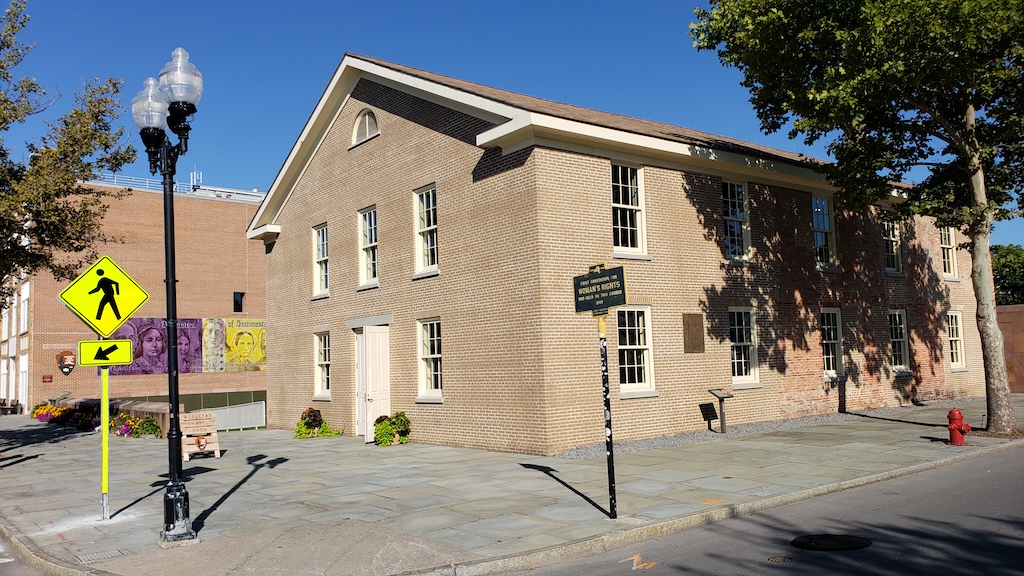 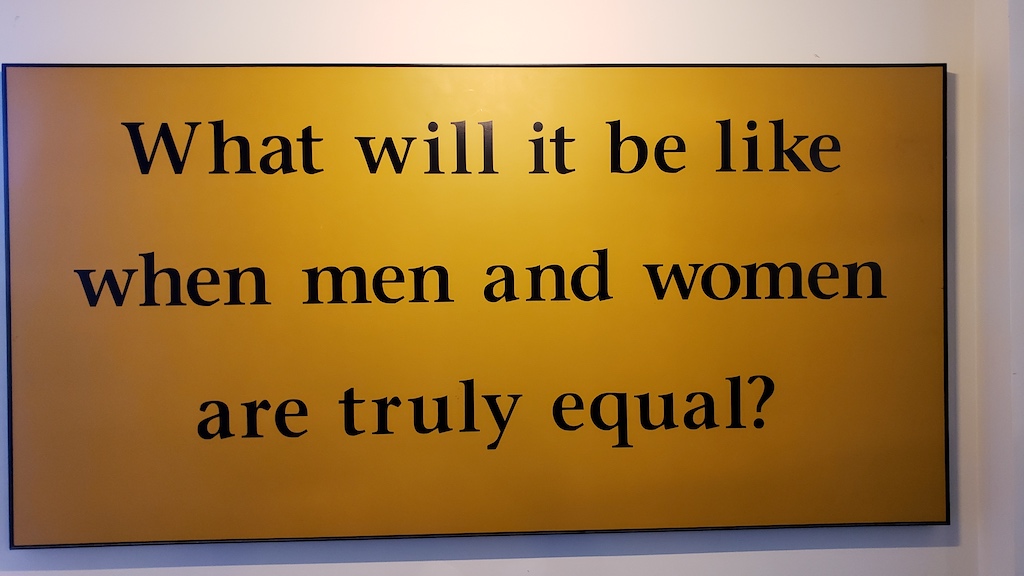 What Will It Be Like When Men and Women Are Truly Equal, Seneca Falls, NY USA 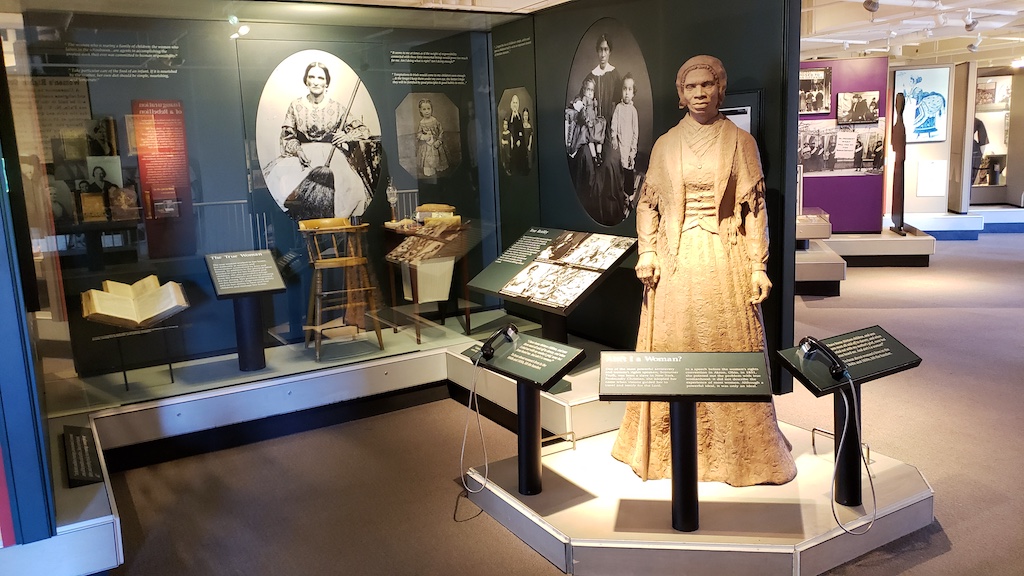 This is the monument depicting the moment that Susan B. Anthony met Elizabeth Cady Stanton, who were both women’s rights activists of the era. 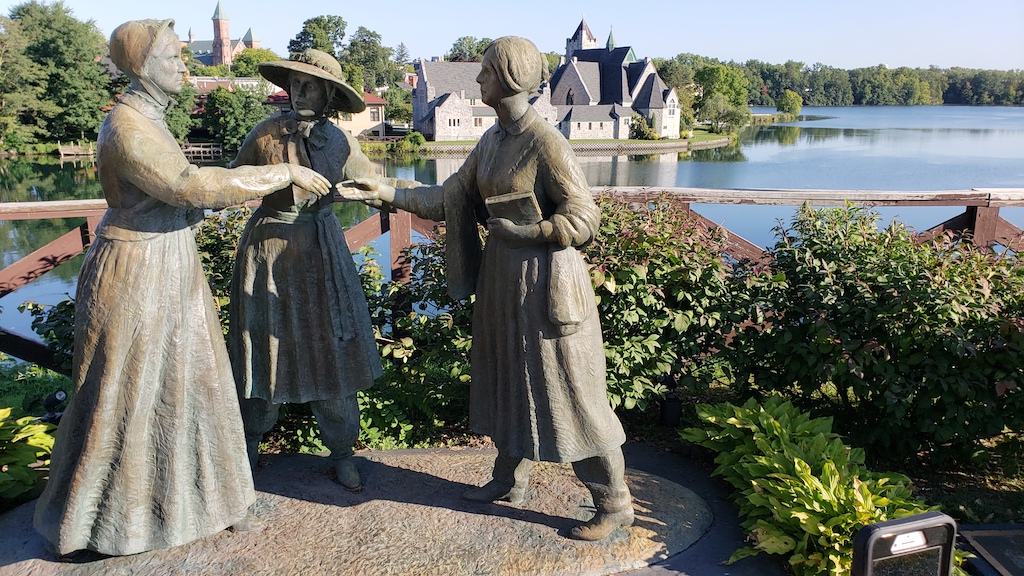 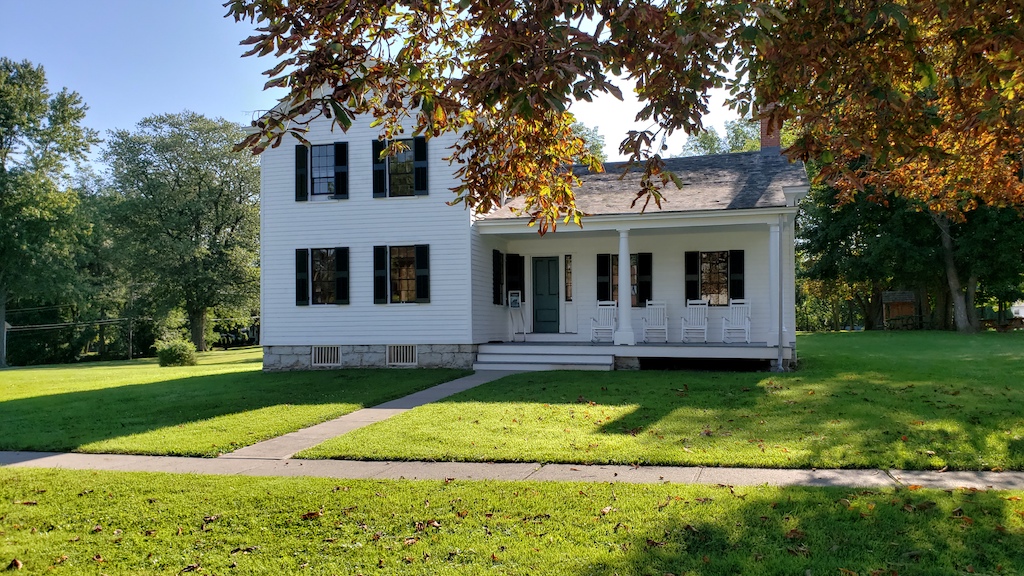 Across the Van Cleef Lake stands the Old Seneca Mills. This is now the site for the National Women’s Hall of Fame. 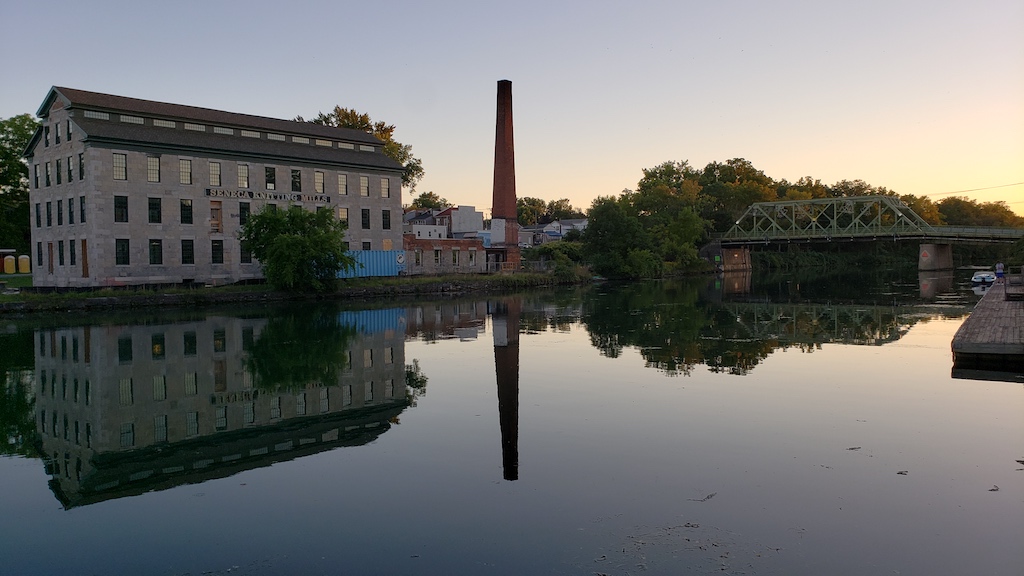 I stayed on the edge of town at the Hampton Inn Seneca Falls, but The Gould Hotel is smack dab in the heart of town and a very short walk from the river, the Episcopal Church and the Museum.

If you want to get points or use points, you can consider staying at the Hampton Inn, like I did. It’s a great property just outside of town. 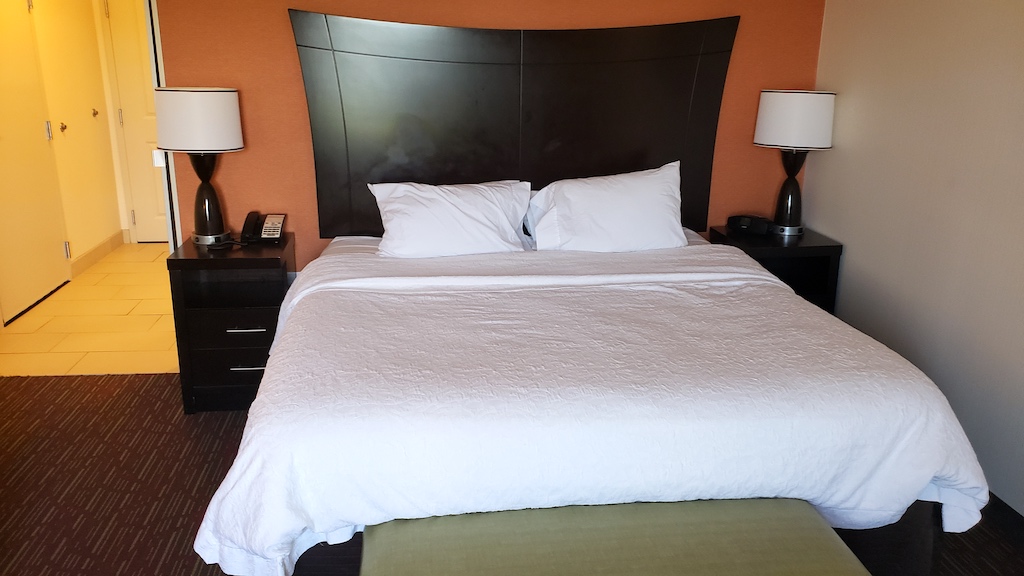 The hotel is in the center of the town. You can check it out here and make bookings as well. 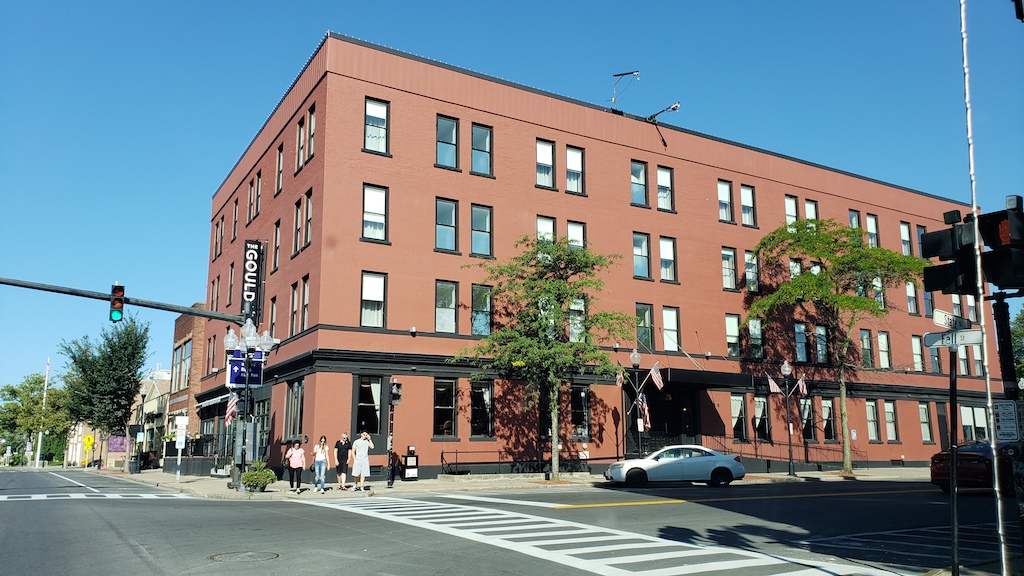 You may also check the search box below to determine.

We had dinner sponsored by the restaurant at The Gould Hotel. 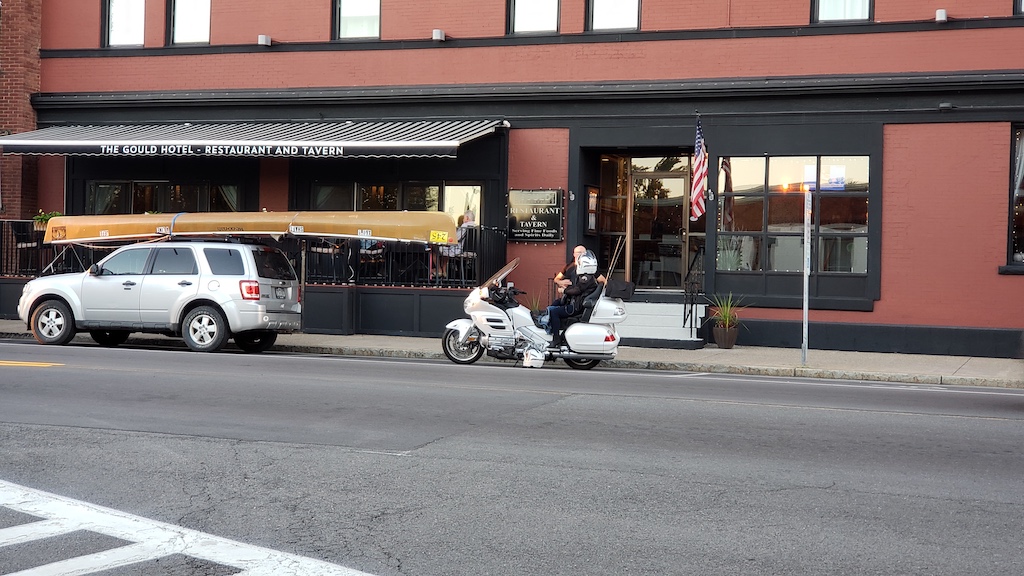 We had breakfast at this great little place called XIX Cafe which is actually a tribute to the Women’s Rights Movement. It’s named after the 19th Amendment to the U.S. Constitution (Prohibits the states and the federal government from denying the right to vote to citizens of the United States on the basis of sex; adopted August 18, 1920).

Inside there are photos of the women who founded the movement and its run by a wonderful young lady called, Casey. The food is really good and so is the decor. 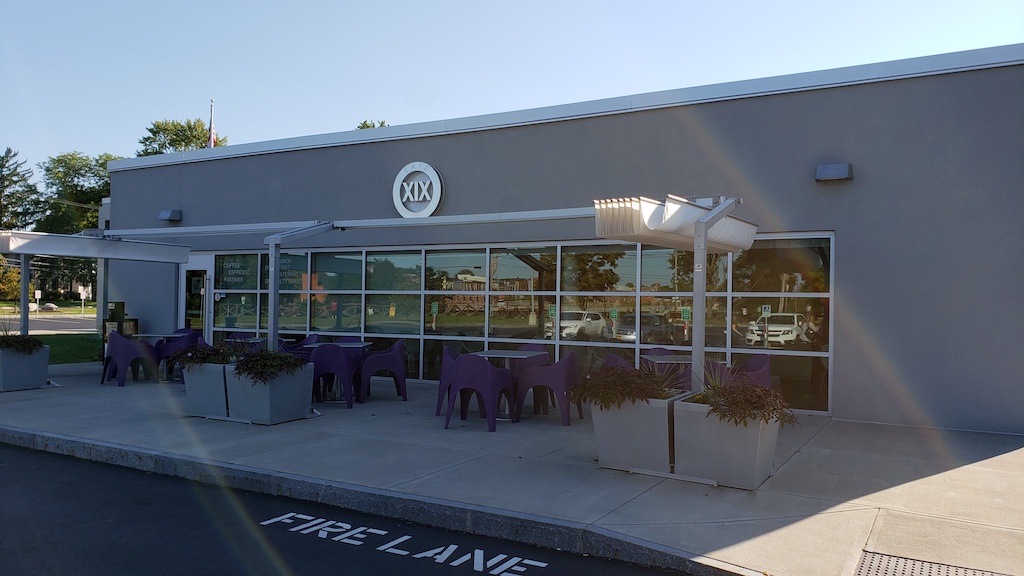 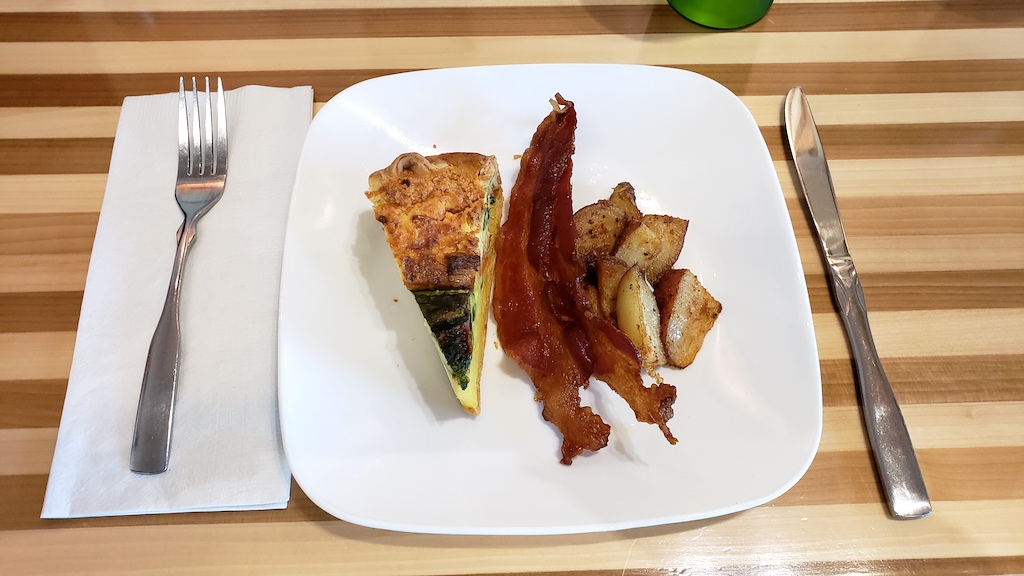 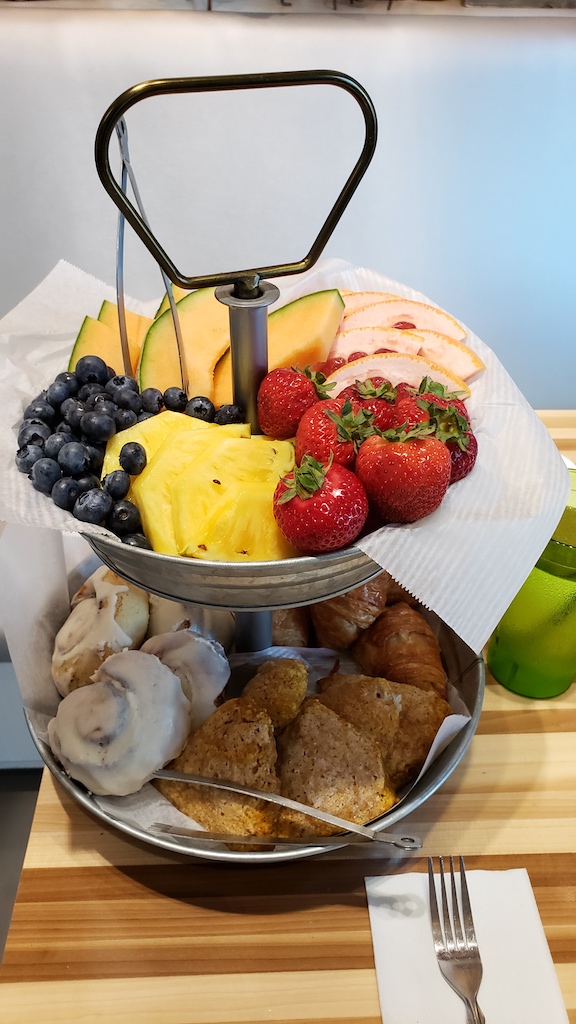 There are also other places in town to eat, just walk around a bit.

Have you been to Seneca Falls? Please leave a comment below if you have or if you have any comments.