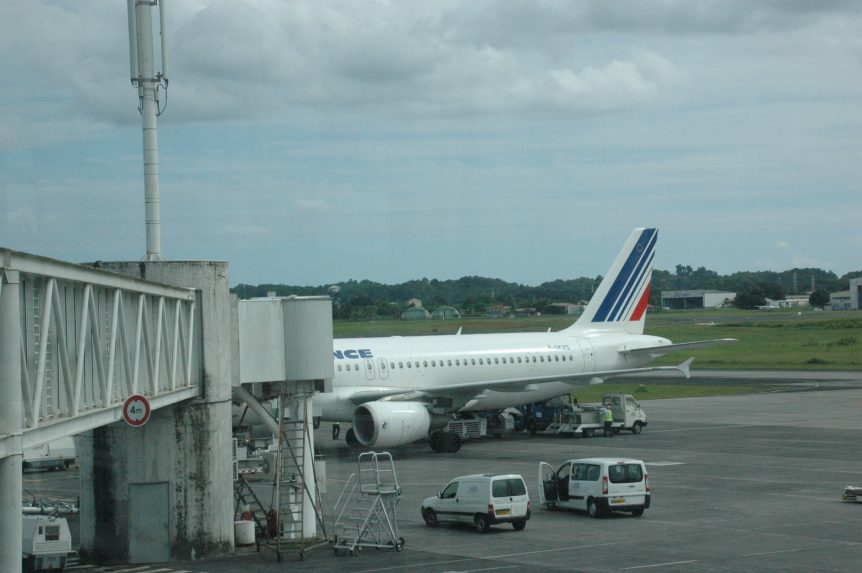 Flying the French Connection From Miami to Cayenne, French Guiana

There are a few routes in the airline industry that are very unique and as an airline geek gives great pleasure. They are the Milk Run by Alaska Airlines, flight 65 from Seattle to Anchorage making four stops along the way; the Island Hopper by United Airlines (used to be Continental Micronesia) from Guam to Honolulu, Hawaii making five stops and the French Connection from Miami, FL USA to Cayenne, French Guiana making three stops along the way.

I’ve not yet done the Milk Run, soon once all this pandemic stuff is over and I’ve done the Island Hopper twice; once in each direction, but I finally did the French Connection back in November 2008.

This is the story of the French Connection

I recall a visit to French Guiana a few years back. My friend Cushrow and I took the French Connection flight from Miami to French Guiana stopping at three of the French territories on the way down. It’s on an Airbus A320 operated by Air France. It connects with the fights from Paris-Orly into the French Caribbean islands, which are actually French domestic flights. These islands are Haiti, Guadeloupe, Martinique and French Guiana which is located on the South American continent.

Our first stop was Port Au Prince, Haiti (PAP), where we were not allowed off the plane unless it was your destination. I can’t find any photos, so I don’t think we were allowed to take photos either.

The next stop is Point-a-Pitre in Guadeloupe (PTP). We were able to get off the plane here and walked around the airport a bit also sampling the local beer. 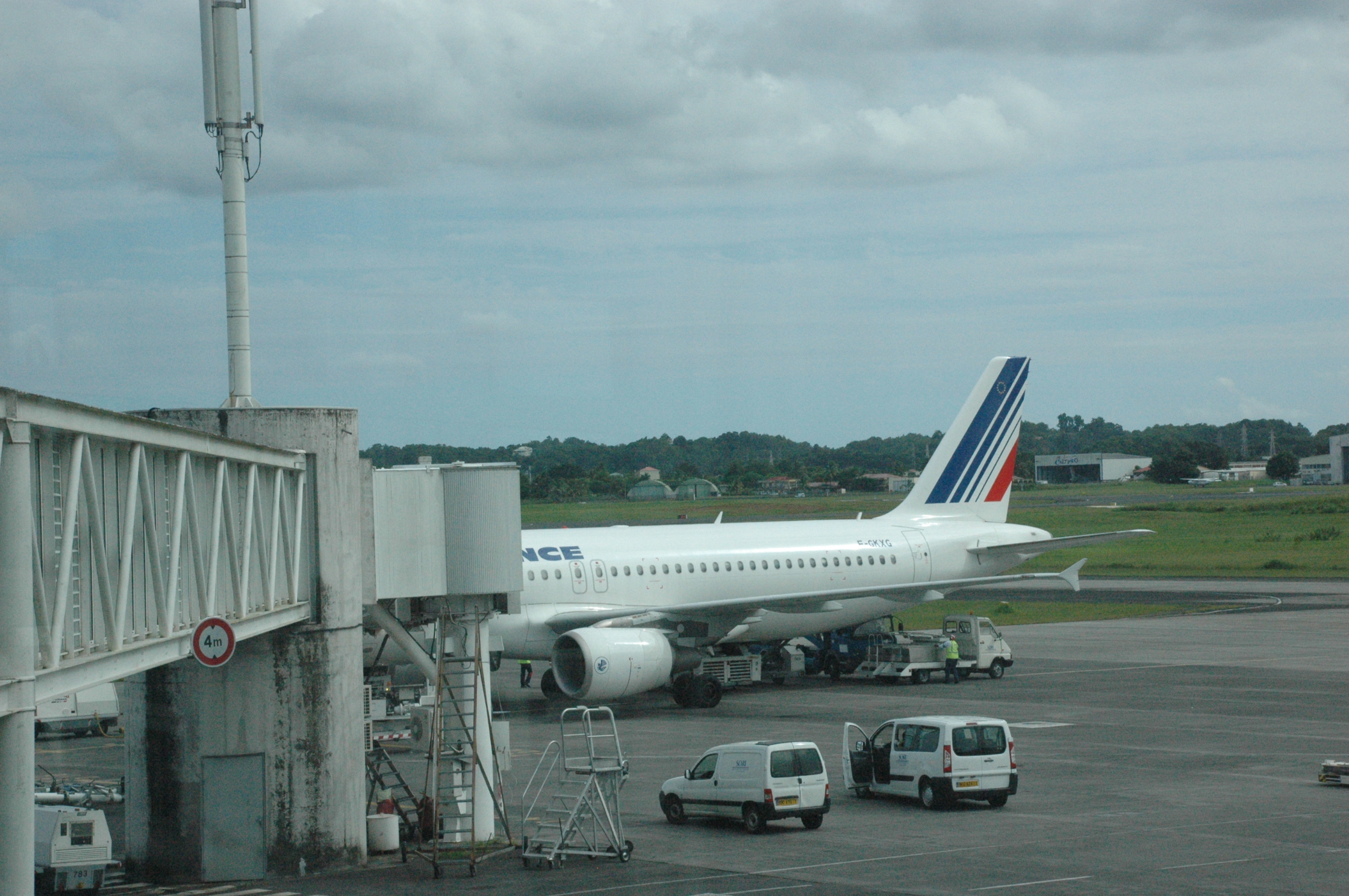 Our Airbus A320 seen here in Point-a-Pitre, Guadeloupe

At one of the gates was an Air Caraibes Airbus A330, which had arrived from Paris-Orly.

After waiting around for a bit, we departed for our next airport, Fort de France, Martinique (FDF).

Here, we actually got off the plane and were also able to walk around the airport while we waited. We even left the airport itself as we had some time before departing for French Guiana.

We were sure to check the loads and entry requirements before departing, just in case something strange would happen.

As it turns out, we were only transiting French Guiana, so we didn’t need a Yellow fever shot as we were not planning on leaving the airport. We would be taking the Air France Airbus A340 to Paris-Orly.

As with any non-rev trips things oftentimes does not go as planned.

We arrived in French Guiana tired after our long day and was ready to wait for a few hours and enjoy the lounge if they had one and then continue onto Paris-Orly. When we landed, we were told that they were having protests in the city and as a result, the crew could not get back to the airport for the flight later that night. So they were flying in the pilots from the hotel in the city by helicopter and was using the crew from Guadeloupe from a previous flight to take care of the flight to Paris-Orly.

Then the incoming crew from Paris would fly to Guadeloupe and spend the night there and then take care of the flight to Paris-Orly the next day.

As a result of all this they had embargoed all non-rev travel on the French Guiana to Paris-Orly flight that night.

And so, we were unable to stay in the transit area, since we didn’t have onward passage the same days. Thus, we had to enter the country, plus, we needed to get to the ticket counter to figure out our next move.

Now we had checked with the counter in Martinique and asked if the flight was still operating and if all was well before we left and was told we are good to go.​

We had not taken any yellow fever vaccine/shots, so we technically couldn’t enter the country. We told the lady this and she said, just don’t get bitten by a mosquito and stamped us in.

We went to the counter and asked and were told, no exception can be made, we cannot make it to Paris-Orly that night. So we asked about going back to Martinique or Guadeloupe on the flight which would depart after the other flight arrived from Paris-Orly. The agent advised that we would have to wait to see if we would get on, as the flight was full and they had a lot of extra people due to the unrest and the irregular operations.

Plus, they had to transport the A340 crew back to Guadeloupe as well.

Well, we had nothing to do for a few hours so we ventured outside of the airport area and walked around. Being super careful not to get bitten by any mosquitoes which were everywhere since we were fresh blood.

We couldn’t go to the city as the roads were blocked. So we walked around for like five minutes, realizing it was a stupid thing to do as there were mosquitoes everywhere and retreated to the ticket counter area and chilled. We couldn’t get back into security as we had no boarding pass.

We were hoping we would make the flight as it would have to be a sleep in the ticket counter area or talk with a local and see if we could stay at their house.

Luckily, at the very last minute, the agent called us forward and offered us two boarding passes and we boarded our plane to Guadeloupe via Martinique.

Our Guadeloupe story is for another time.