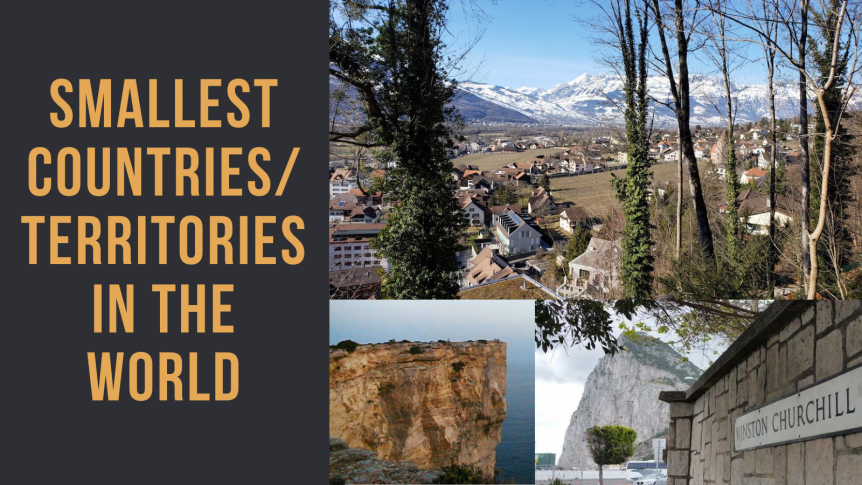 The 18 Smallest Countries/Territories In The World

If you want to see a complete list of all the territories in the world, head over to the Century Club.

If you ever want to know which routes are flown from any of the particular airports, use the Airport Schedules (premium content) and then you can plot your journey with the Mileage Calculator.

Although this island is located in the Caribbean and I’m from the Caribbean, I’ve not had a chance to visit just yet. My friend Natasha did though and had way too much chocolate :-). Grenada is also famous for nutmeg; in the Caribbean we put it porridge.

I visited Malta when I took a cruise by MSC Fantasia about two years ago. This was my second visit to Malta having visited in 2000. It’s a lovely place. Malta is the home of Air Malta (KM) with services to its airport in Laqua by several major European airlines from major European cities. My other Web site Unfamiliar Destinations has additional information on Gozo and Valletta. 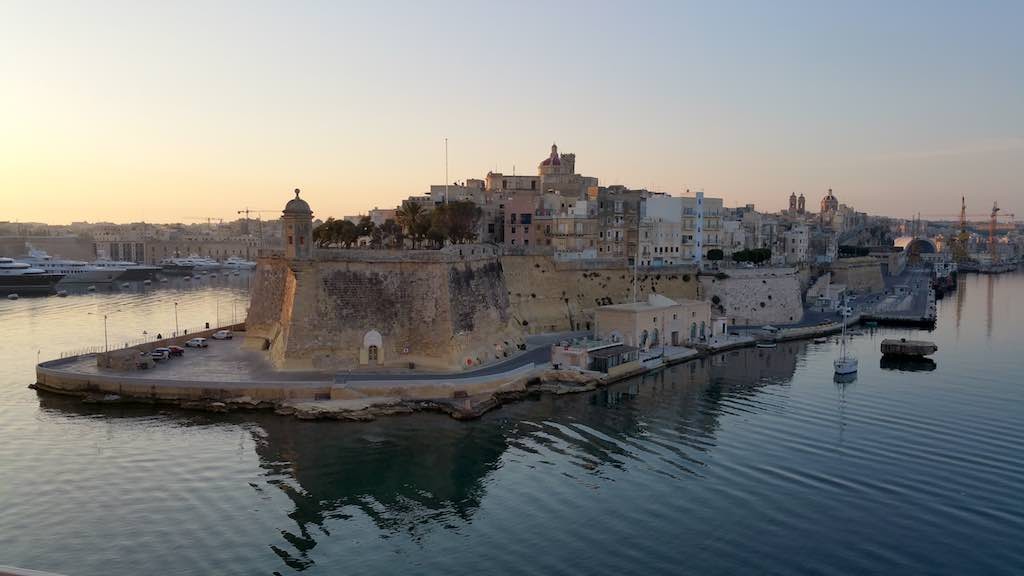 In late 2014, I had the opportunity to visit this island country. It’s really a collection of tiny islands in 26 atolls. I actually stayed on the island Hulhumale which is connected to the airport island (Hulhule) by a narrow roadway. Incidentally, the runway is the length of the airport island.

I was in Sri Lanka and flew on Korean Airlines (KE) on the tag from Seoul-Incheon (ICN). I was feeling adventurous and actually leisurely walked around the island’s capital of Male. It took about three hours.
You can get to Male (MLE) from most of the European and Asian hubs, plus the Middle East hubs of Emirates (EK), Etihad (EY) and Qatar (QR). Transiting India is also very doable as its just across the way. You may require a visa, so ensure you check that first. 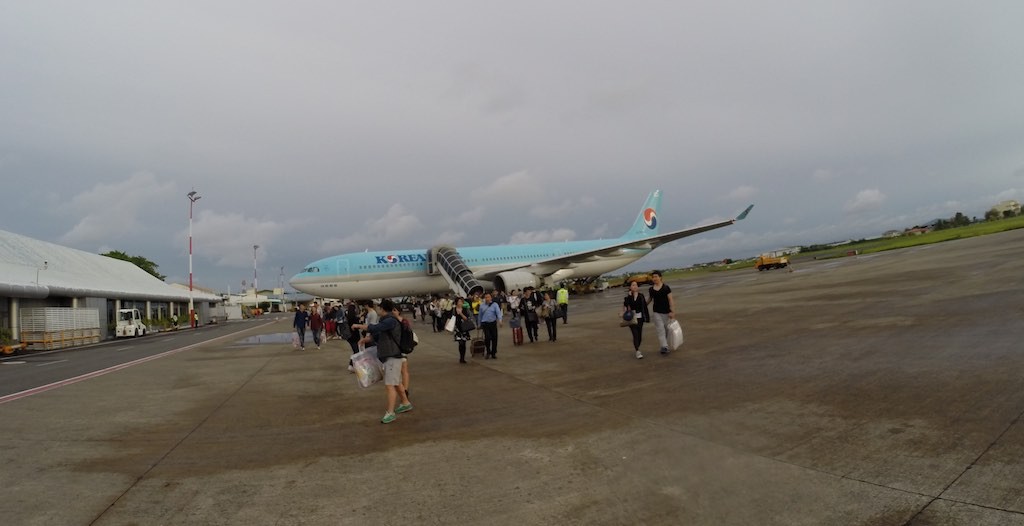 This is another Caribbean island I’ve not visited either. But plan to very soon. Apparently you can do really cool plane spotting from the side of the runway. YouTuber SKB Energy has many videos so you can enjoy the airport.

I love Aruba, except for the lizards :-). Yes, they do have lizards (iguanas), but its a great place to visit. It’s been a while though since I’ve been. I have some additional information on what to do when you visit here. There are lots of lift from North America down to Aruba, so you should not have too much issues.

I have yet to visit this Chilean territory. I came close once when I did a southern hemisphere crawl, but was off by one day since the flight to flight on LAN from Papeete (PPT) does not operate daily.

The Mataveri International Airport (IPC) runs across the southwestern tip of the island and is served by: Air Tahiti Nui (TN) seasonally and LAN (LA).

This is a German-speaking country in Europe between Austria and Switzerland. It does not have its own airport, but there are three airports within reasonable distances; Friedrichshafen, Germany (FDH), Stuttgart, Germany (STR) and Zürich-Kloten, Switzerland (ZRH). There’s also St. Gallen-Altenrhein, Switzerland (ACH) which is a smaller airport with flights to/from Vienna, Austria (VIE). 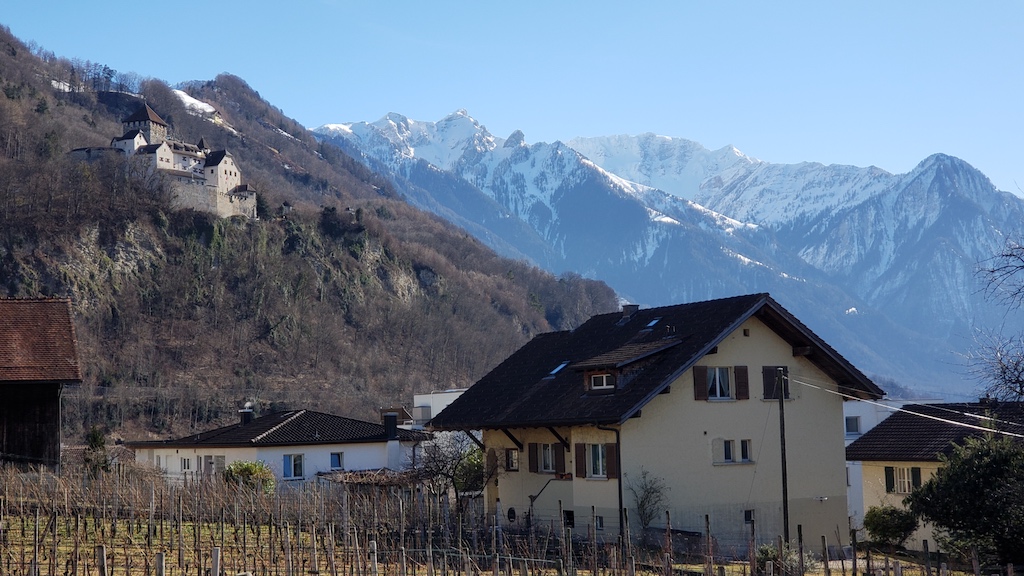 Once you arrive at either of these airports, you can take a train to Liechtenstein, or go by car. So not too easy to get to, but quite an adventure.

When I did the trip, I took easyJet to FDH from London-Luton I believe it was, then took the train that comes to the airport into the city. Then walked to the ferry station and took the ferry across the lake to Switzerland and then took a train to Liechtenstein and then I took a bus to Vaduz. It was quite the journey :-). I didn’t spend the night there, instead, I went to Zurich. So it made for a very long day. You can see my adventures here.

This tiny Caribbean island is located in what’s called the Lesser Antilles part of the Caribbean. A few years ago, it was devastated by a volcanic eruption, but now it’s inhabited again. I do need to pay them a visit soon. Here is some information on Montserrat from my friend Ursula.

It does have its own airport, John A. Osborne Airport (MNI) which is served by FlyMontserrat (5N) from neighboring Antigua (ANU). You may also take the five times a week ferry from Antigua.

Hong Kong is a Special Administrative Region (SAR) of the People’s Republic of China. Unlike mainland China, no visa is required for U.S. citizens. All the major worldwide airlines have a presence in Hong Kong. You can find some information about Hong Kong here.

The main airport is Hong Kong International-Chep Lap Kok (HKG) which is home to Cathay Pacific Airways (CX). This was the city that had the awesome landings at Kai Tak airport downtown Hong Kong. I was lucky enough to fly in during the final days and flew out of the new airport on its first day. It was quite interesting.

Sometimes Hong Kong has weight restrictions since the journey back to the U.S. is so long, so be mindful of that when you make your travel plans. If push comes to shove, try heading to Tokyo-Narita or Tokyo-Haneda to get back to the U.S. 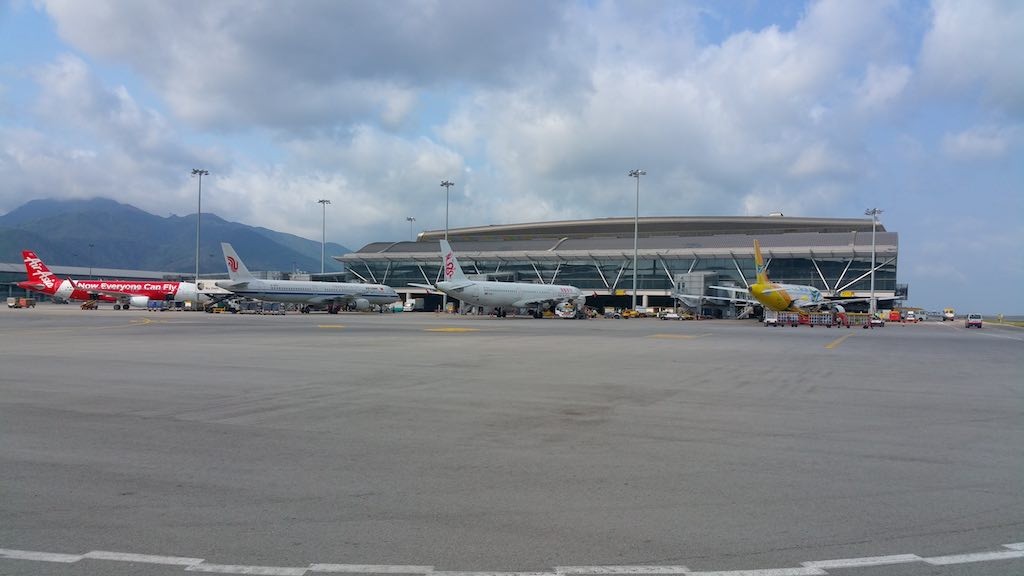 I’ finally made it to San Marino in 2017; an amazing place with views to die for. There is no airport in this Principality which is contained in the country of Italy.

The closest airport is in Rimini (Federico Fellini International Airport (RMI)) about 30 minutes or so away. Then you can take a bus or drive to the city center.

You can also reach San Marino by train from other parts of Europe, but only as far as Rimini. From here you then take the San Marino bus up the hill.

You may also use the Bologna Airport (BLQ) or the Florence Airport (FLR) and take a train from the city center to Rimini and then take the local San Marino bus up the hill. 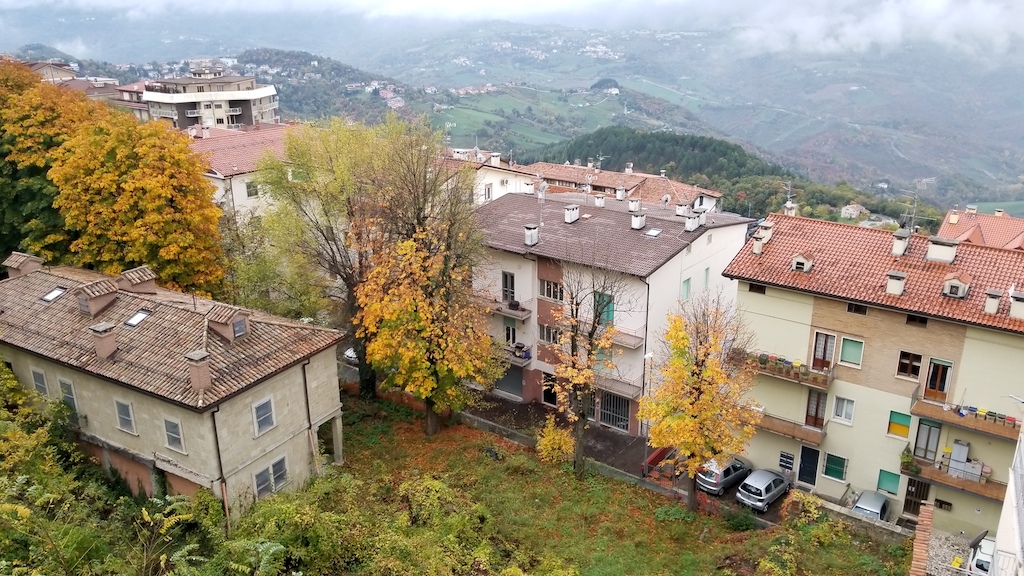 This Caribbean island is where they wear the famous Bermuda shorts. It’s quite an expensive place to visit though. They are a member of the Commonwealth meaning they were under British rule and are still under British rule, but they have an independent parliament; a little complicated.

There are several flights from North America, so that makes its easy to get there.

Not one of the easiest places to get to at all as it sits in the South Pacific Ocean southeast of Papeete and northeast of New Zealand. Totegegie Airport (GMR) is the closest airport to Pitcairn in French Polynesia, so you’ve have to fly into there and then take a ship over. Not an easy one at all.

Like Hong Kong, Macau is a SAR of the People’s Republic of China, thats a Special Administrative Region. Its complicated to explain :-). You can get there from several nearby countries by using their local airport; Macau International Airport (MFM) or you can take high speed ferries from Hong Kong (HKG); the typical route.

Visa is on arrival for not too much money. Once you get to the island, you can just take one of the local casino buses and go check out the casinos, or you walk or take a local bus or cab to check out the area. It’s actually very worth it. 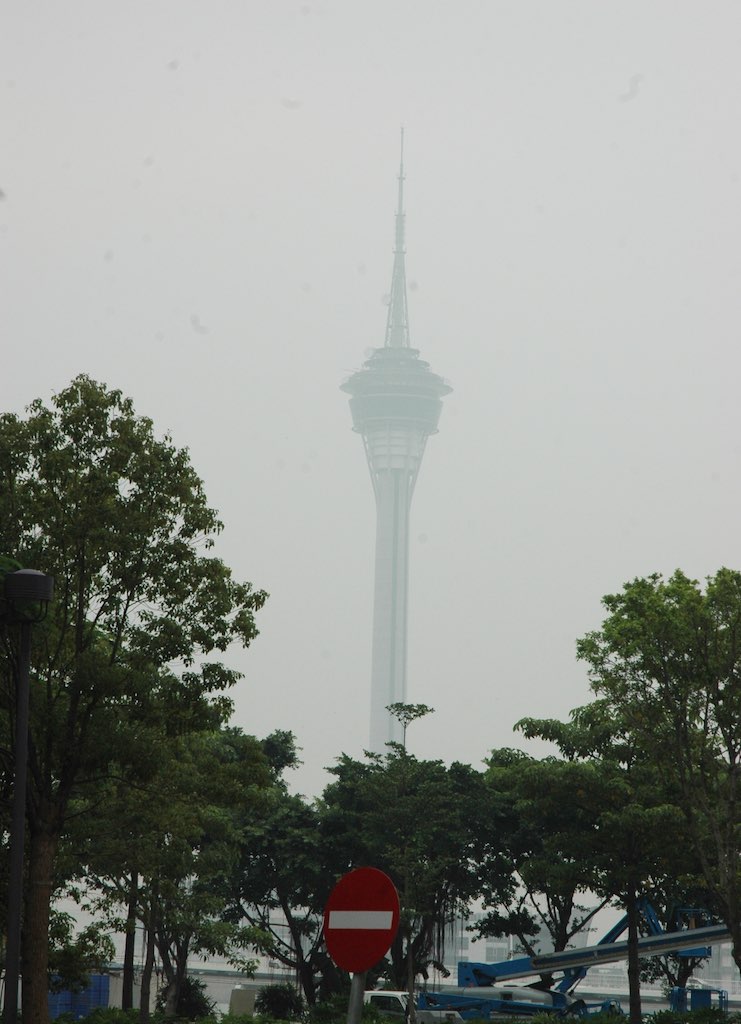 Any airport that has the airport code as FUN can’t be that bad at all. Fiji Airways (FJ) flies here from Nausori, Fiji (SUV). I love this airport code too. You?

From Nausori you can get to Nadi (NAN), Sydney, Australia (SYD) and Auckland, New Zealand (AKL) on Fiji Airways.

This is the smallest island nation in the world. Despite being a little difficult to get to, it does have its own international airport, Nauru International (INU) in Yaren in the south of the island. I’m looking forward to checking out Nauru as they have their own airline, Nauru Airlines (ON), and do a similar island hopping to some of the other Micronesian/Marshall Islands as United Airlines does.

I’ve done the United island hopper when it was run by Continental Micronesia, once on the Boeing 727 and then on the Boeing 737-800 and have done it in both directions. It’s quite the challenge, but totally worth the experience.

In early 2015, I was in Hamburg, Germany and figured out a routing that would get me to Spain as well as Gibraltar. It’s not the easiest place to get to as the flights are quite expensive, but if you have agreements with the airlines serving the Rock, then you are golden.

You may also fly into Jerez de La Frontera (XRY) a I did and then take a local bus to the border city of in Spain and then walk across the border. And yes, you do need your passport. It is quite expensive though and if you take money out of the ATM, be sure and use them before you leave as although they use the British pound as currency, the machines give you Gibraltar pounds which is frowned upon elsewhere in the world including the U.K.

Alternatively, you may even fly into Malaga, Spain (AGP) and then take a bus to the border town of La Linea and then walk across the border to Gibraltar. 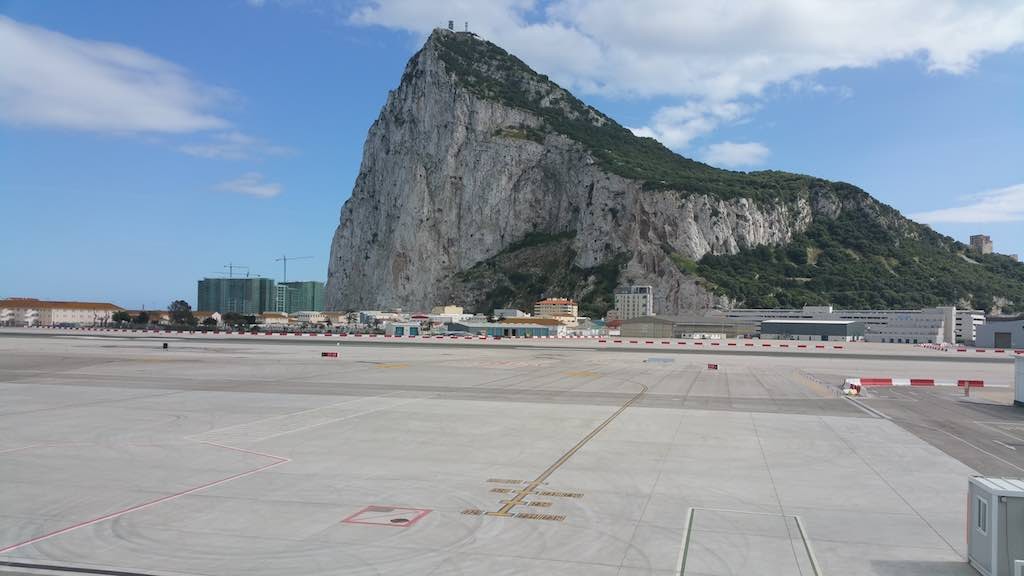 The Rock of Gibraltar from the airport

For my birthday in 2009, I decided to visit the Principality of Monaco. I even made it more fun by taking Heli Monaco from the Nice (NCE) airport. It was the best 7-minutes I’ve ever spent. Check with them for an interline discount even if your airline does not have an agreement.

This is perhaps the most expensive place I’ve ever visited. The opulence is incredible. The irony of taking a helicopter there is that I took the 1 EUR bus back to Nice. 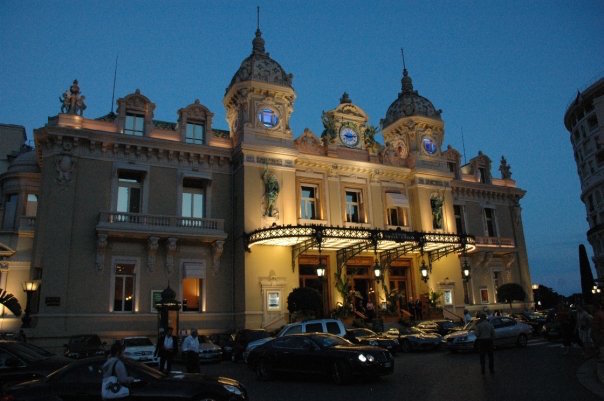 And so we made it to the smallest country on earth, Holy See aka Vatican City. After many times trying, I finally made it to Vatican City. You see each time I traveled, I usually ended up leaving town too early; weekend trip travels was the reason. For this one I recommend taking a tour as I did with Walks.

The airport of choice here is Rome-Fiumicino, Italy (FCO). Once you arrive take a bus to the city for about 4-6 EUR or take the train into the city. From there it’s easy to get to the Vatican using public transit, a taxi or Uber. There is also another airport Ciampino which is served by low cost carriers. 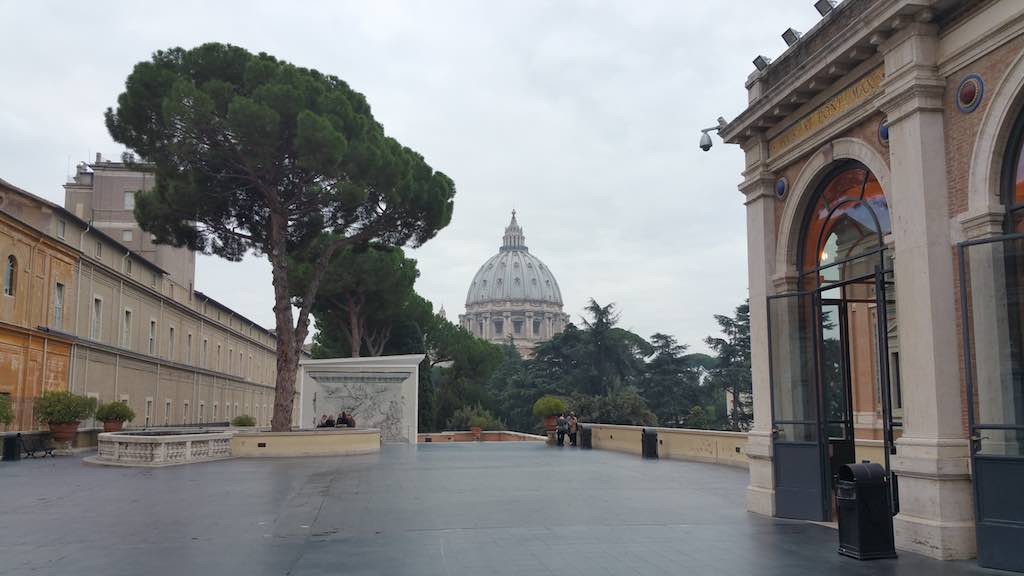 Have you been to any of these countries? Please leave a comment below.