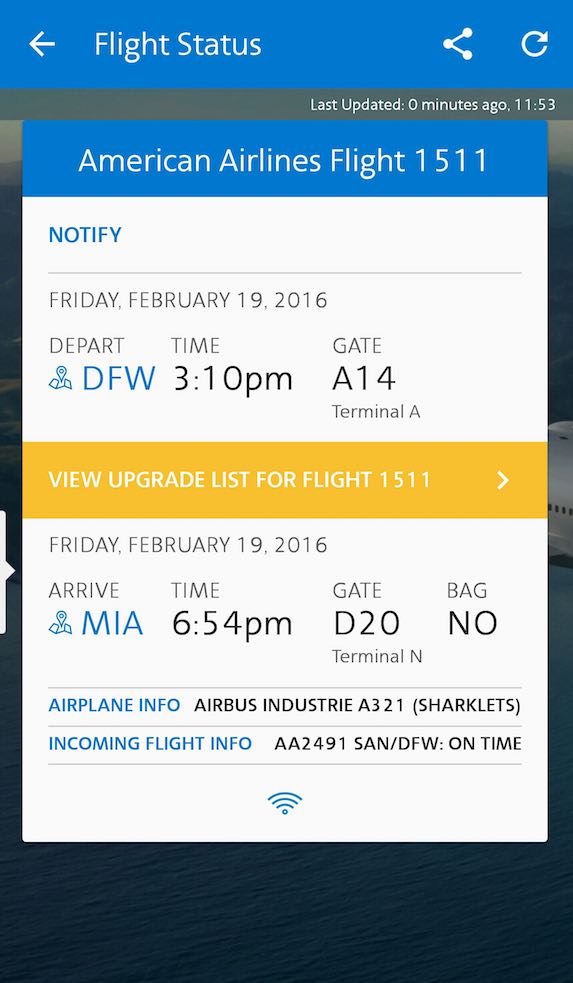 I’ve never been to Ostrava until last month. I was speaking at a conference organized by TBEX and the local Ostrava Tourism Board.

Ostrava is a quiet town in the Czech Republic trying to pivot itself after the steel era ended. Although there are still some working steel factories there.

The town has an amazing infrastructure and is just as beautiful as any other European city with it red rooftops.

I found the people to be very welcoming, albeit a bit serious, but under all that they are fun. I speak no Czech and when I tried to pronounce something, I got blank stares since the Czech words don’t sound like how they look.

Despite all that I had a good time for the five days I spent there.

There isn’t really a home airline as none of the airlines serving the city is based here. Two of the local Czech Republic airlines do fly here though: Czech Airlines (OK) [a SkyTeam member) and Smartwings (QS).

The city is served by the Leoš Janáček Airport Ostrava (OSR) http://www.airport-ostrava.cz/en/. There is an Airport Lounge which accepts Priority Pass, Dragon Pass and Lounge Key. You may also pay to enter the Lounge.

Here are also some social media links so you can keep in touch and communicate with them if necessary:

There are a few hotels at the Prague Airport. The Marriott Courtyard and the Holiday Inn are both within walking distance. The Ramada is a little ways out and requires transportation. You can book using the search box below:

There are a number of trains that serve the city from all over Europe. Plus there is tram service from the airport into the city. The city is very accessible by public transit. The major train services are Regiojet and České dráhy.  You may also use Eurail.com for booking trains.

Ostrava has several bus companies serving the city. Here are some services:

The currency of the Czech Republic is the Czech koruna (CZK). I recommend getting money at an ATM. They won’t take USD for purchases. Use an ATM as opposed to currency exchange places as their rates are usually higher despite the no commission signs.

Czech. English is not widely spoken here, but you can still get around.

No visa is required for U.S. citizens and you can stay up to 90 days. Plus your passport must be valid for at least three months after your departure date. Other citizens should check with the Czech Republic consulate/embassy in your region for specifics. Alternatively, you can use the IATA Web site for visa/health requirements.

Places To Eat and Drink

The city is full of bars, restaurants and all kinds of eateries. You’ll have zero issues finding a place to eat here. 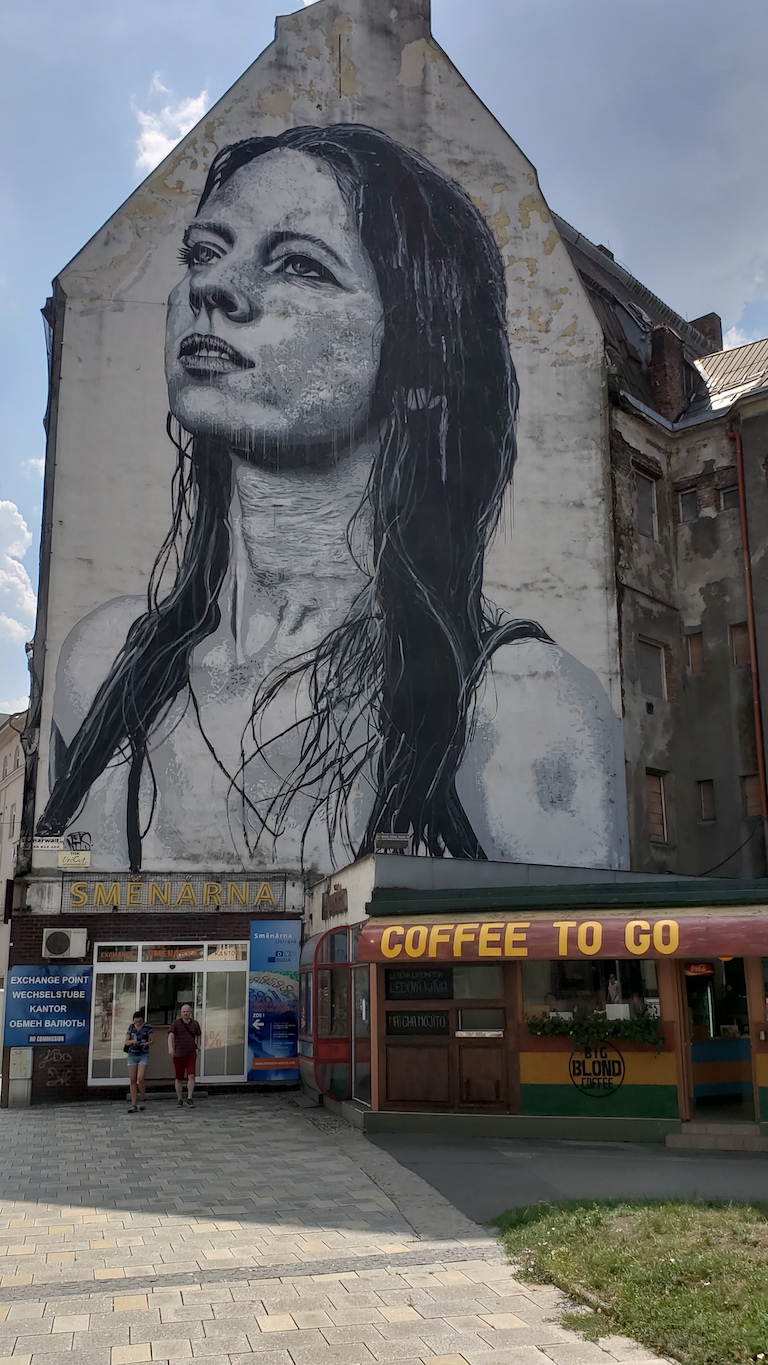 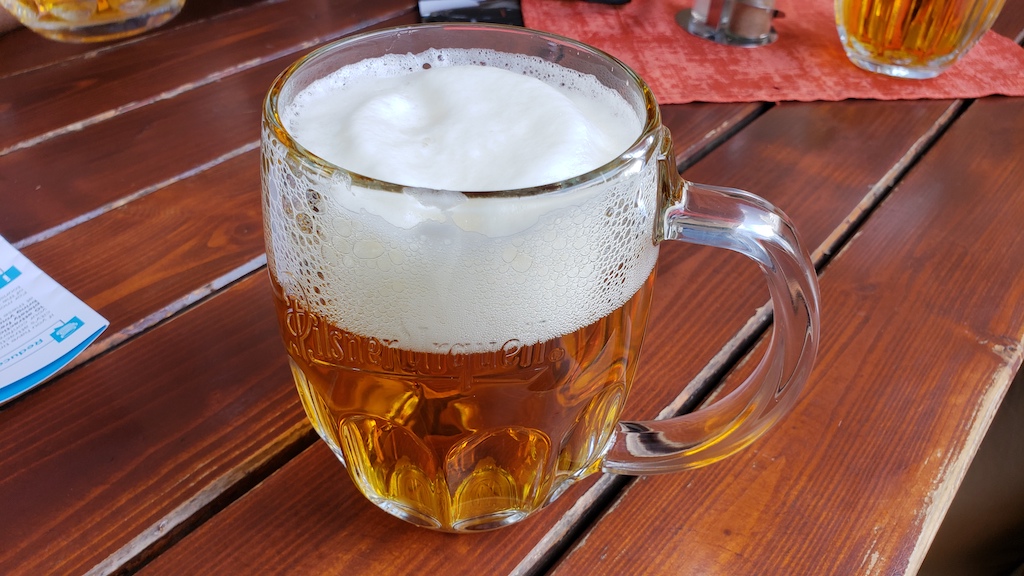 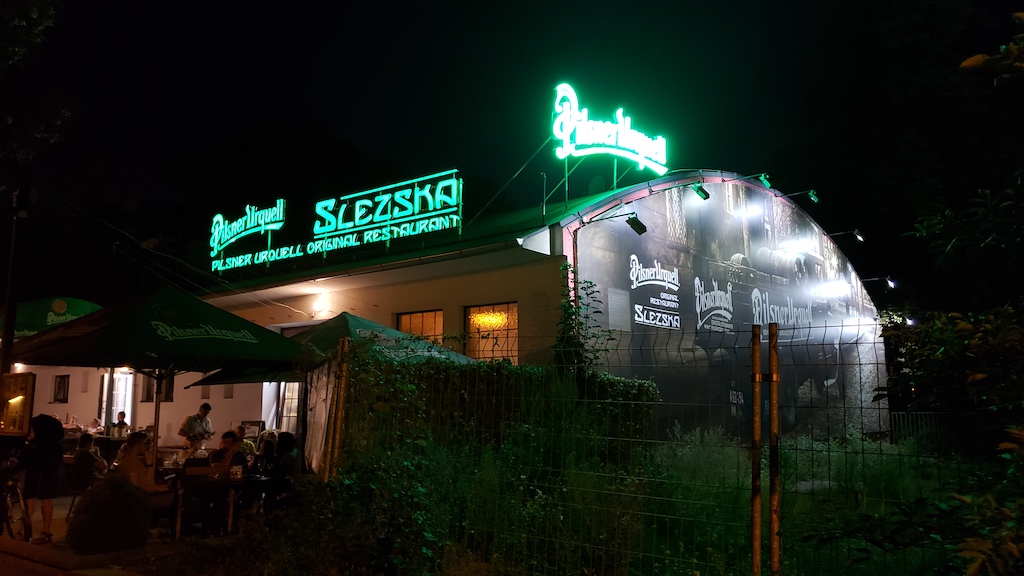 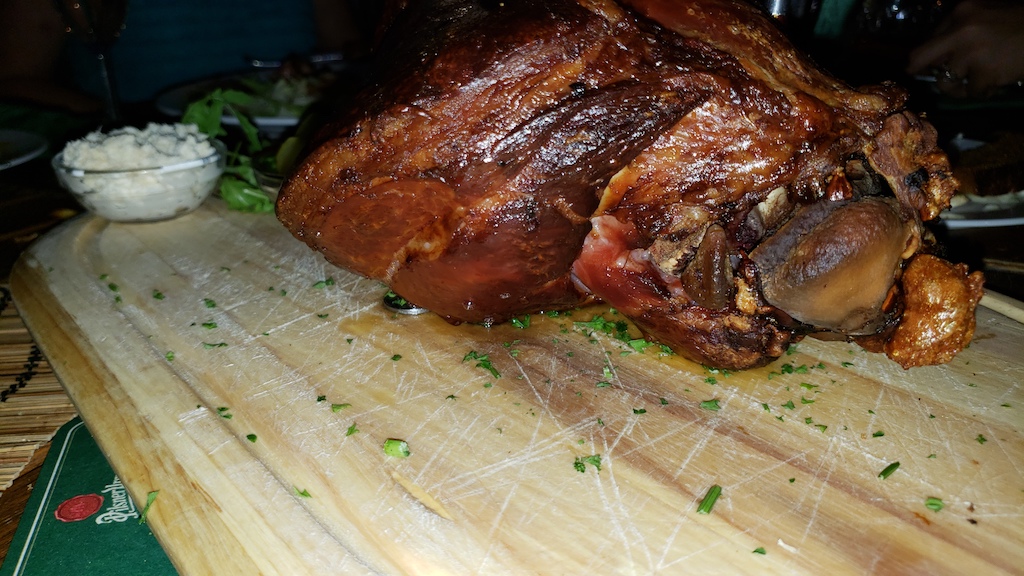 Places Worth Seeing in Ostrava

The Czech Tourism Web site has a ton of information about Ostrava, I suggest checking them out first. I’ve listed some information below as well.

First let’s talk about the Party Street. This street has a lot of bars, restaurants as well as other party places. Lots of fun to be had by all who visit.

Almost everywhere I go Usain Bolt is famous. And Ostrava is no different. He has a Tower at what’s called the Gong named after him. They have World Championship Athletics here and Bolt has been here so they named a Tower after him. 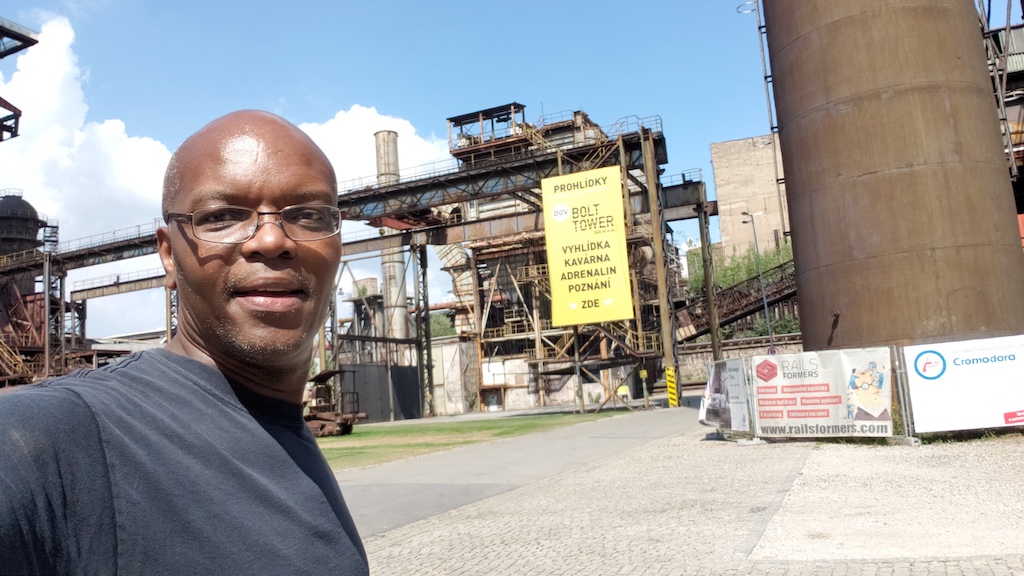 This brewery is not far from the Park Inn Hotel. I did try to visit but first the tours were closed and then they were cancelled.

Ostrava has a unique City Hall. It’s a tall Tower (73 meters) with 360 degrees views of the city. Just ride the elevator up to the base of the Tower, pay a nominal fee and voila! The Tower dates back to 1930 and not only have the amazing views, but also is very beautiful inside as well.

This place takes you back to the time when mining was the only game in town. It’s pretty amazing to see and think about what workers went through to bring you coal.

There’s even a working train; the one used back in the day to take the miners through the mines.

Perhaps the most moving are the miners’ clothing hanging from the ceiling in the very room where they got ready each day to make the trek down to the coal mines. 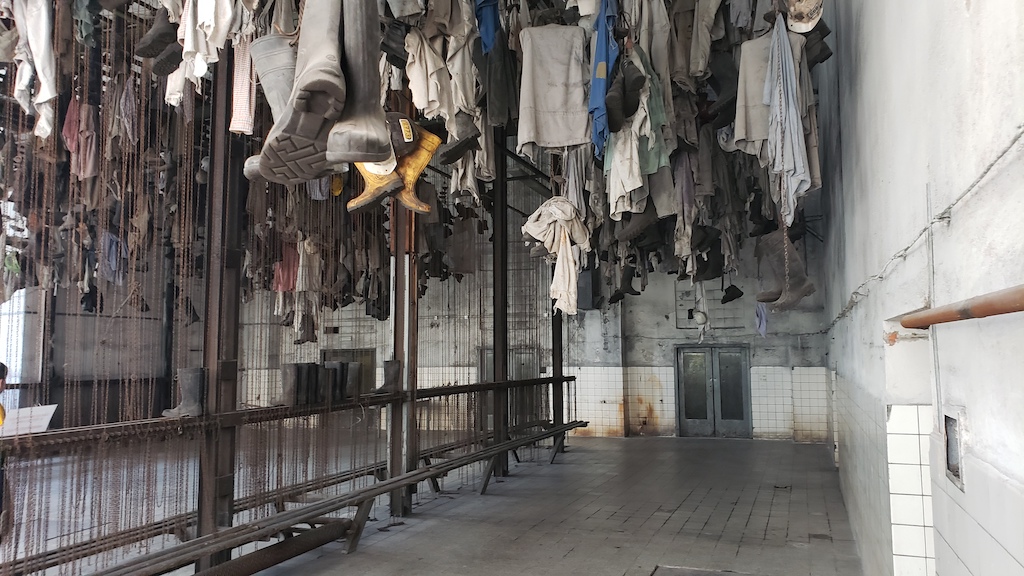 This area of Ostrava dates back to Stallin’s time. You could literally just spend an afternoon enjoying the architecture in this area. It’s also very quiet as its now a residential area. 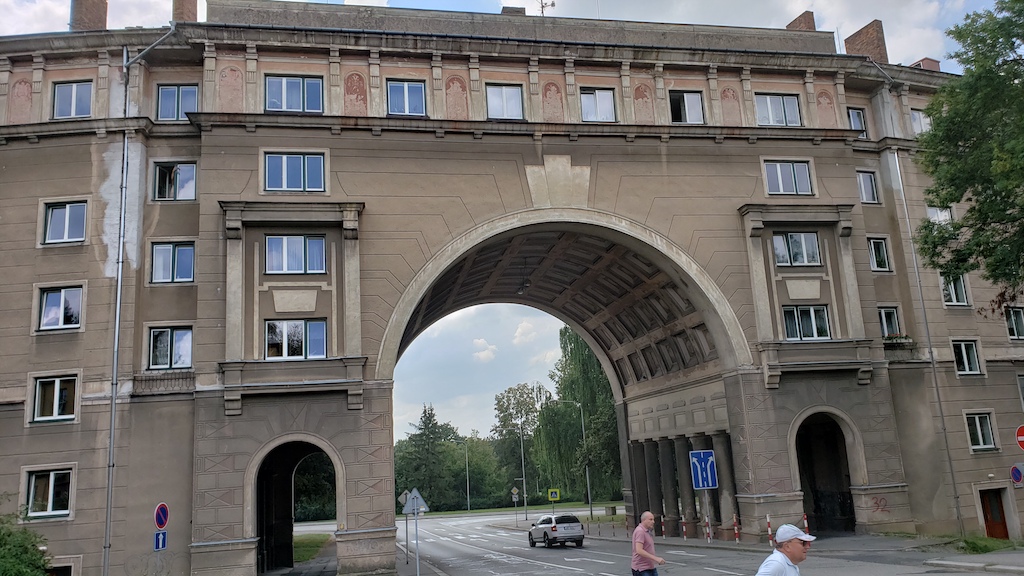 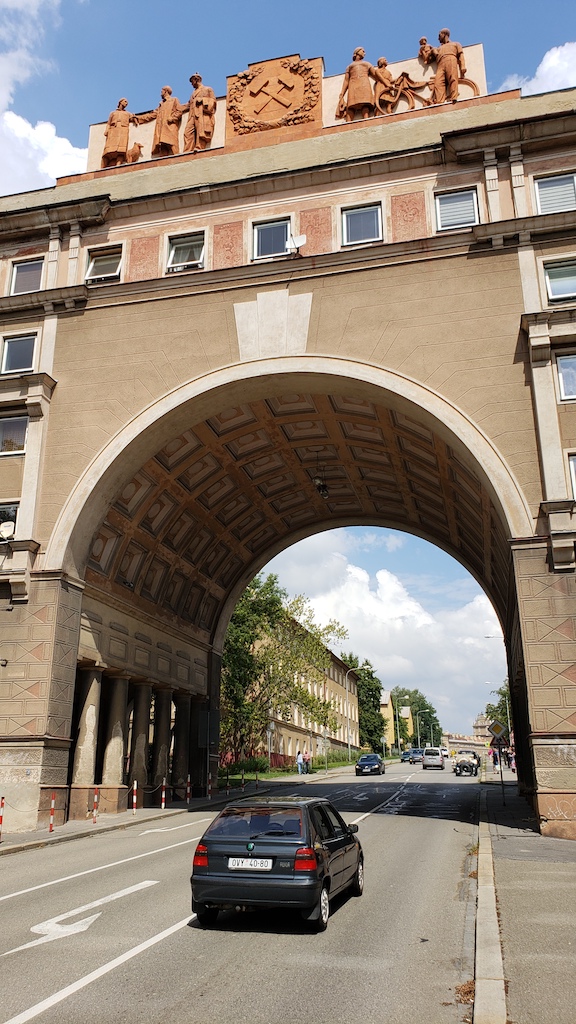 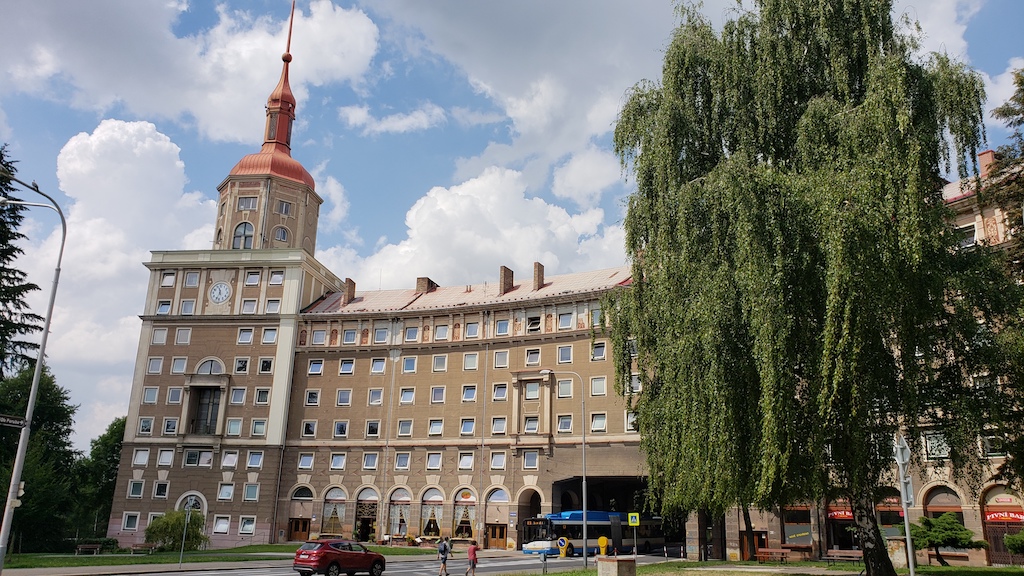 I stayed at the Park Inn Radisson which is on the outskirts of town in a quiet neighborhood. It’s actually a nice hotel and you get the Radisson standards. 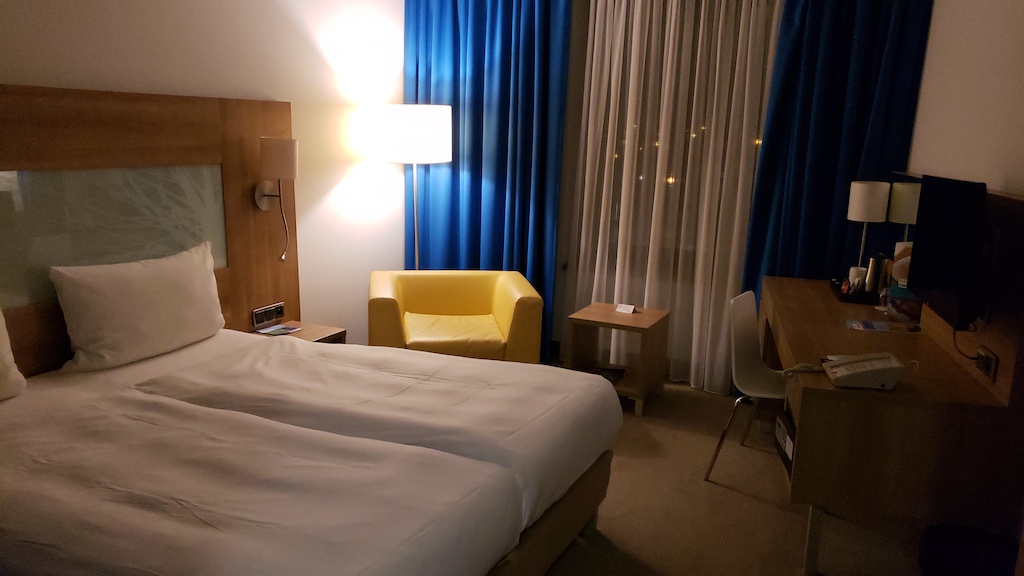 Not far away is another hotel with a Soviet tank outside; Hotel Corrado. Yes, an old Soviet tank. It gets better; inside, there is also a shooting range which is open at noon. The hotel is quite quaint as well. Totally retro!

In the downtown area there are several hotels as well. Plus you can do AirBnB as well.

You can find most of the major hotel chains in the city in case you need to earn points and miles.