I was visiting a friend in Berlin and had the opportunity to visit the Berlin-Tempelhof Airport (THF) compliments of GetYourGuide.com back in 2013. Unfortunately, I was not able to log this airport while it was operational, so this was shaping up to be a real treat. Plus, the airport grounds minus the buildings is now a Park. At the time of visit a number of winter sports were taking place on the runways and the taxiways. 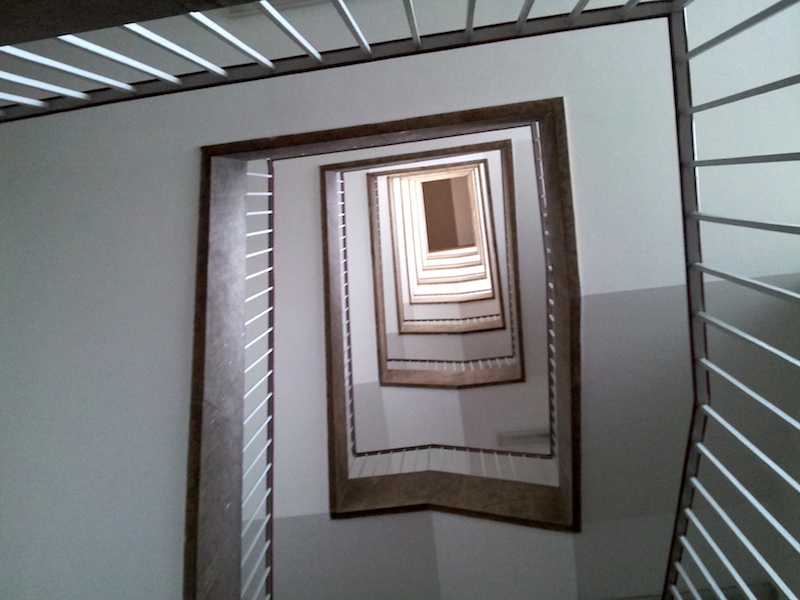 If you are an aviation geek, like I am, this is well worth your time and efforts and at 12 EUR, its pretty inexpensive as Guided Tours come.

I felt silly as I was the only one lost it seems :-(. Anyways, once I found them, it was great. the Tour Guide gave a brief history and then hearded us all into the building.

We basically entered through a side door, but it was right at the level where the departure gates once stood and also where the flights would arrive, customers would deplane and go collect their baggage. It was weird as it was this huge hallway with a grand view of the apron and the airfield, but it was empty!

I paused to take in the atmosphere while listening to the Tour Guide spill the history as if we were sitting down for tea. Then he opened one of the doors and allowed us to go down to the stairs. The only thing missing was the waiting airplane at the end of the stairway. I was super excited and it showed. Everyone was taking pictures and videos and just in awe of the place. A few trucks kept going back and forth as they were having a party upstairs. The building is used for a lot of events these days as its so grand and beautiful inside.

As we continued our tour, we got to walk around the Apron a bit soaking up the ambience. It was bitterly cold, but none of use cared. Then we had an opportunity to head inside the belly of the beast; the baggage area. It was erie as it was empty except for us; also the baggage belts were not moving. It was strangely beautiful.

We then walked through the Baggage area and disappeared beyond a door that led us upstairs. The stairwells are very wide and well constructed; we stopped for a History lesson, then moved on.

We were able to walk up to the top of the building, well the top floor where a no longer used basketball court is located. It was used by the US military (Berlin Braves USAF-TAB)when they were stationed there. There is also a restaurant right next to the area. Unfortunately, we could not make it up to the roof as they were fixing it :-(.

We then headed down to the bunkers, which was really eerie as you could see lines where people had marked the number of days they stayed there during the air raids. Our next stop was another bunker that was even lower than this one and then it was over…

I was elated, but sad. I want to go back and you should visit as well.

Have you visited this airport? Did you fly in while it was operational? Leave a comment below and let us know please.