Update July 25, 2017: There are no longer any Electronics Travel Ban to the U.S. by the carriers listed below.

On March 22, 2017, the U.S. Authorities instituted a travel ban on electronics items (Laptops, Tablets, E-readers, Cameras, Portable DVD players and Electronic game units larger than a mobile phone, Travel printers and scanners) being transported in the passenger cabin of airplanes coming to the U.S. on select airlines from select countries in the Arab Gulf, The Middle East and North Africa. The affected airports are: The affected airports are:

These items can only travel in the cargo bins. Your mobile phones and medical devices are excluded from this ban.

This is pretty major for me as I do a lot of my work when I fly. It’s catch up time for me. I’m not alone as other travelers do that same. Plus parents use tables to keep the children occupied and/or listen to podcasts, etc. So this is a major pain.

Now, whatever you think about the electronic travel ban, and I hate it just like the next traveler at the moment its in effect, so we just have to figure out how to work around it.

You can read additional information about the ban here.

Here’s what some airlines have done or will be doing to make your lives a little easier as well as the details of the ban and markets:

All flights from Cairo, Egypt (CAI) to the U.K. 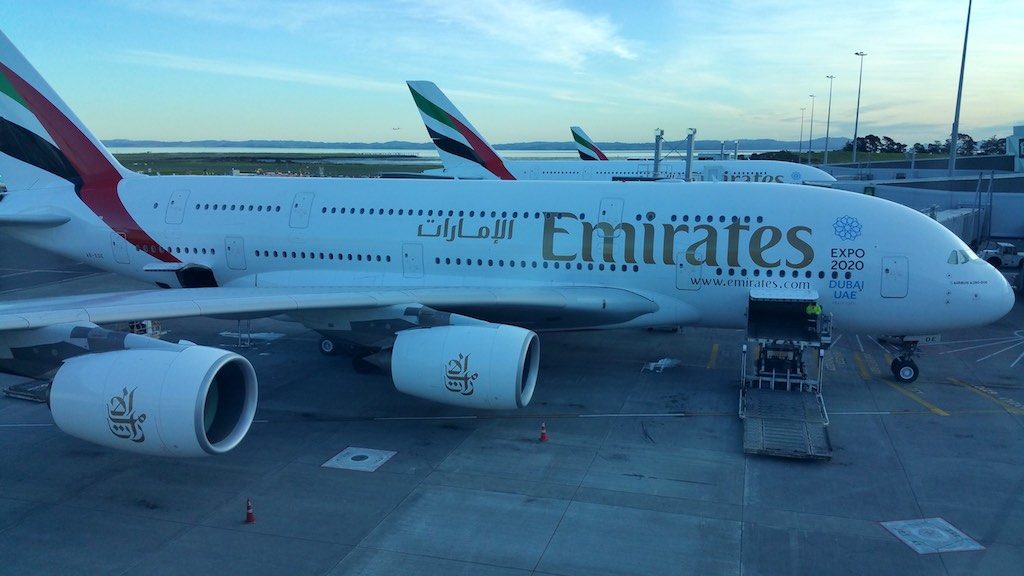 The exception are the flights that fly to the U.S. from Athens, Greece (ATH ) and Milan-Malpensa, Italy (MXP), although these flights originate in Dubai, UAE.

Emirates will allow check your devices the gate and return them to you once you arrive in the U.S.

Qatar is offering a complimentary laptops for Business Class passengers whose computers are checked at the gate. The computers will be packaged and returned to customers in the baggage claim area upon arrival in the U.S. Wi-Fi will also be offered on a complimentary basis. 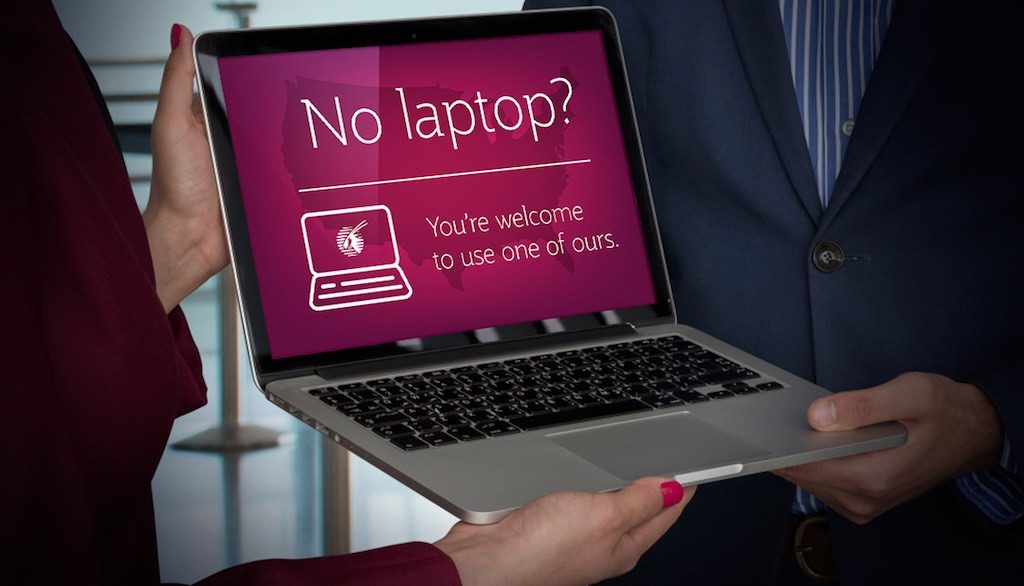 Plus all passengers will receive one hour of free Wi-Fi, then if they wish to continue using the service, it will be USD $5 for the duration of the flight.

Affected U.S. Cities: Flights from Jeddah (JED) and Riyadh (RUH) to the U.S.

I recently flew Turkish from Istanbul to Houston and they have a procedure at the gate where they will take your computers, tablets and the plugs, place them in a padded plastic bag and load them in a suitcase onto the place. Once at your arrival, they offload them and setup a station at baggage claim and return them to you. Effective March 31, 2017, if you check in a computer or tablet at the gate, they will give you free Wifi onboard.

For all other affected carriers please check with your airline for the procedures.