Where Should I Go This Fall To See The Fall Foliage

It’s already Fall, Autumn in the northern hemisphere as the British would say. That means its time to get out there and enjoy the trees changing colors as they prepare for winter. 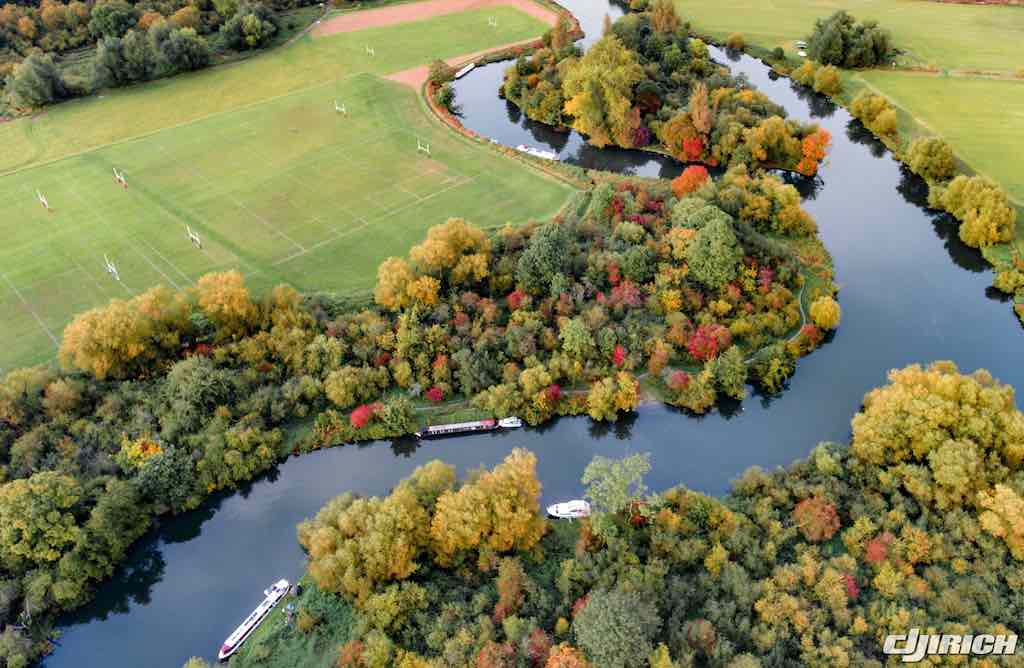 Autumn along the Thames – from www.instagram.com/djirich

As Fall arrives, the trees in the colder climates prepare for the colder months by shedding their leaves. But they don’t shed the green leaves of course.

First they change color, the stems weakens and the leaves “Fall” to the ground. Which just creates a ton of work as then you have to rake them and get rid of them.

One other thing is that the fruit harvest also starts. Apple picking is very popular in upstate New York and other northern states.

Its quite amazing as the orchards open up and you can go pick your own fruits. Later in the season nearer to the end of October, you can pick pumpkins usually for Halloween. So lots to do.

Growing up in Jamaica, I saw none of this since its almost always green there and its a temperate climate so no need for the tress to shed their leaves.

But in the parts of North America and northwards to the pole, its a site to behold. As you fly over the land its pretty amazing to see all the different colors. 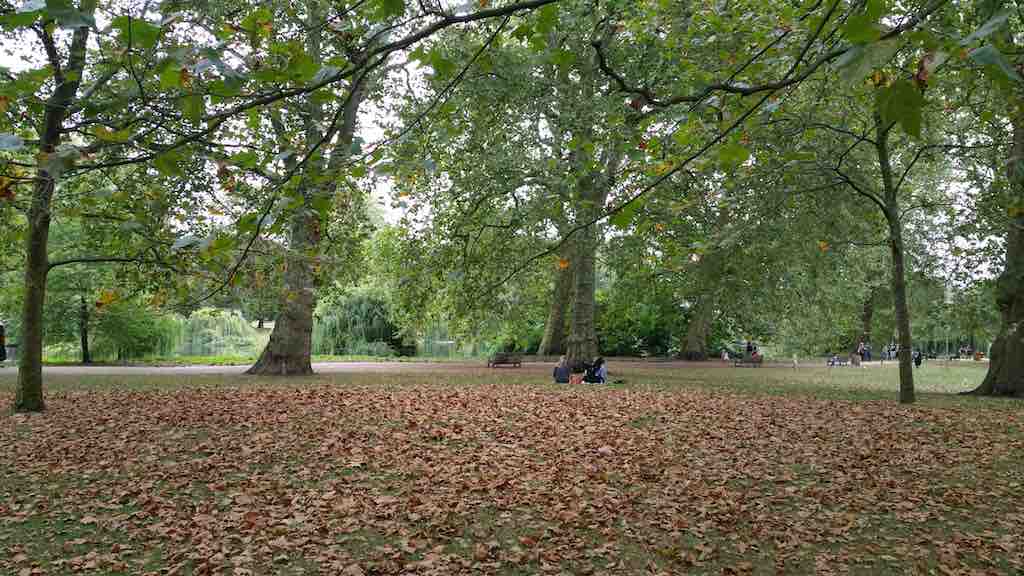 I sent out a note to some of you asking where do you go to see the Fall colors. And thank you for responding and sharing your ideas with us all.

I’ve included your suggestions below as well as some of my own and given you information on which are the closest airports as well so this way you to can enjoy the beautiful Fall Foliage.

If you have additional spots where you go to see the Fall Foliage, please leave a comment below and I’ll incorporate them. Here goes:

So you just have to head north of the U.S. to find Fall Foliage. You don’t even have to go far either. A trip to Toronto will suffice.

Porter Airlines (PD) and Air Canada (AC) will get you to the both airports in Toronto (YTZ, YYZ). Most of the U.S. airlines will get you into Toronto-Pearson (YYZ). 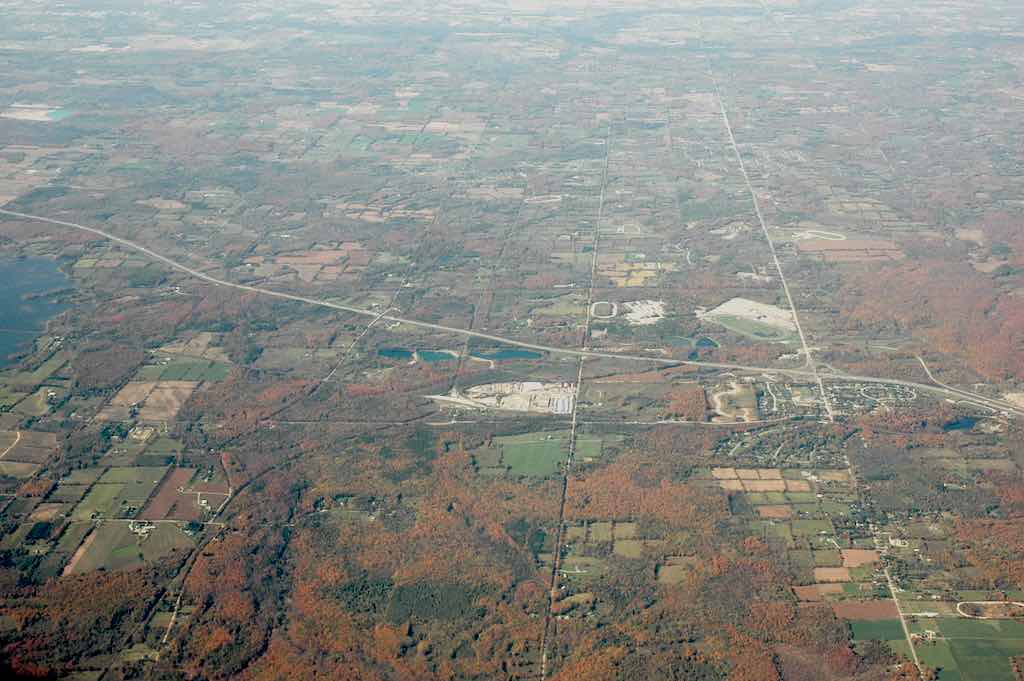 Patricia says ” I own a beautiful B&B TheRedHookInn.com in the HEART of Dutchess County and the most beautiful fall foliage ever. We are surrounded by 3 COUNT EM’! mountain ranges and the mighty HUDSON RIVER…as well as 10 historic mansions primarily situated shoreside of the Hudson.

I’m prejudiced..but with good cause!”

She’s right, you can fly into Stewart-Newburgh Airport (SWF) and see what she means. Here’s a photo of Beacon, NY which is in Dutchess County. 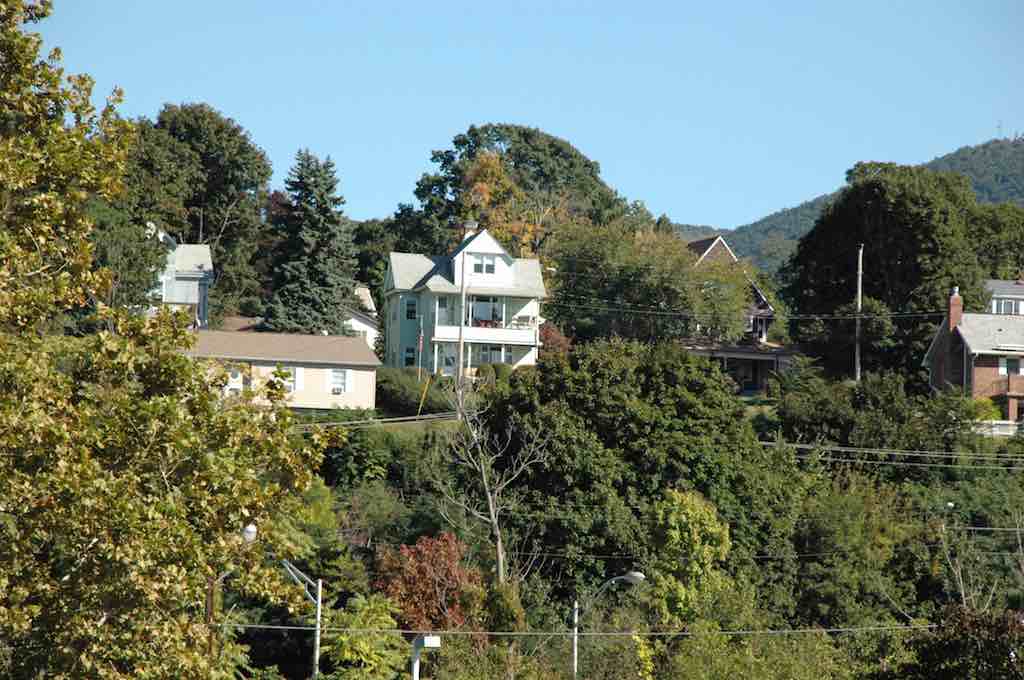 During the Fall (Autumn), Europe offers some very amazing views of fall foliage. You can see this from pretty much every country. It does happen a bit earlier that the U.S. though. Usually in early September.

Also, the more north you go the prettier the colors are and the earlier the change occurs. The key would be to head to the major European hubs and then head out to the countryside via train, bus or car. 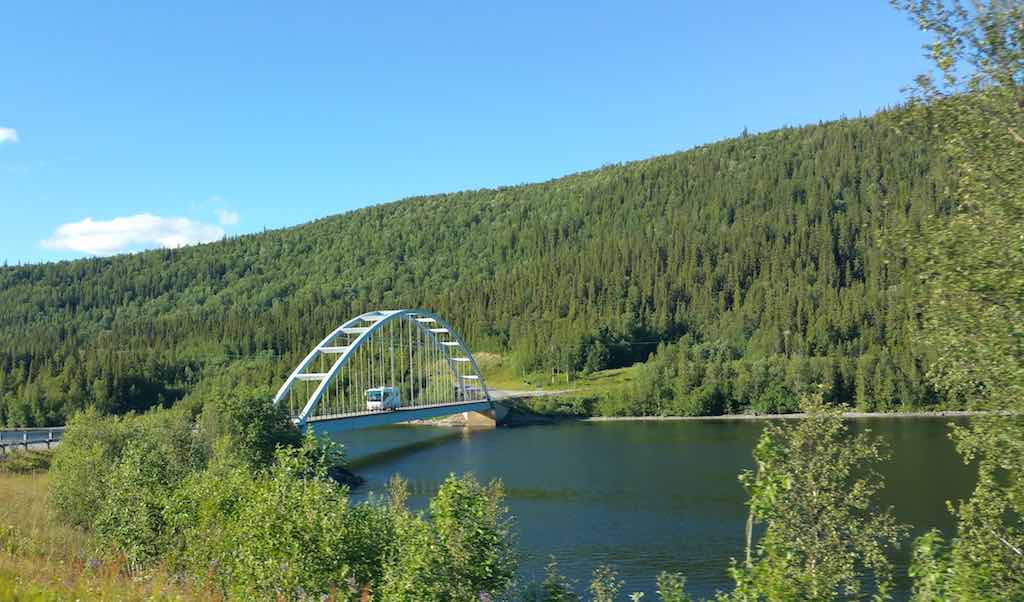 A beautiful bridge in Saxnas, Sweden

I visited Fairbanks in late September of 2006 and it’s a very beautiful place. The trees were already deep in their color change. Alaska in general is worth it for spotting Fall Foliage. The following airlines has service into the airport: 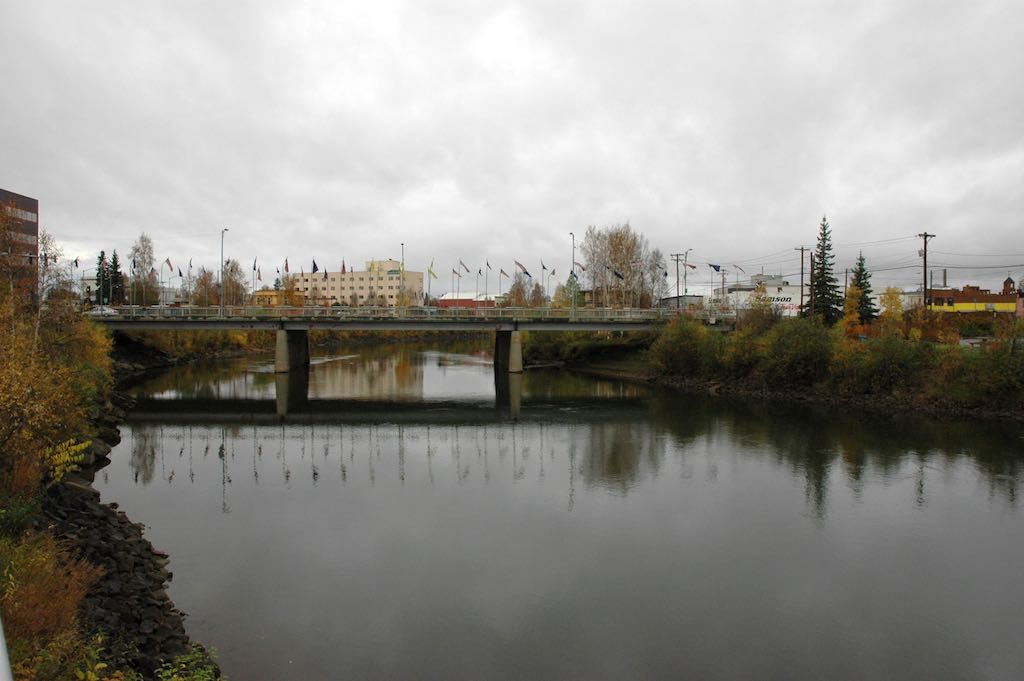 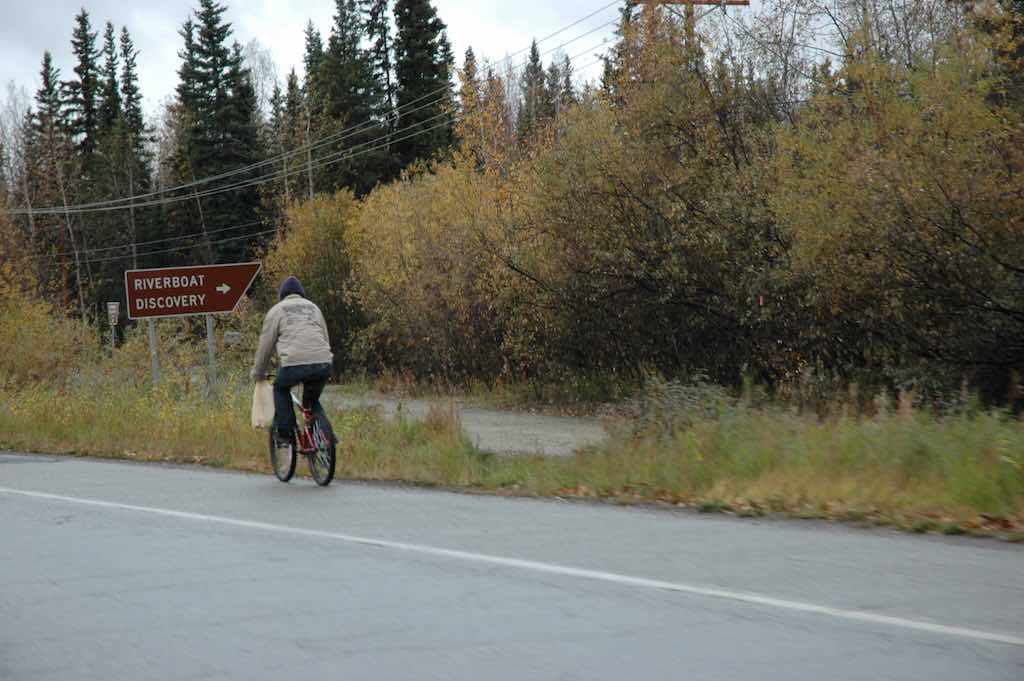 Sheila says “A train ride up the Hudson river towards West Point from New York City is absolutely amazing.” I agree with Sheila that upstate New York is pretty amazing when it comes to Fall Foliage. The train she references here is Metro North which you can take from Grand Central Station in Manhattan.

You can even fly in Stewart Newburgh on JetBlue (B6) as well. You’ll be sure to see foliage on your way in. There used to be a Fall Foliage train at the end of October, but I can only find information back to 2009, so they may have discontinued it.

Andy says “I love going to Portland, Maine”.  There’s no doubt this area is in the heart of Fall Foliage. I’ve actually been in this area during Fall and its truly amazing.

But how does one get here? The airport to use is the Portland, Maine Airport (PWM) which has service from the following carriers: American Airlines (AA), Delta Air Lines (DL), JetBlue (B6), Frontier (F9), Southwest Airlines (WN) and United Airlines (UA).

Lisa says “Smoky Mountains or the New England states.” The Smoky Mountains are gorgeous mountains between Tennessee and North Carolina and in the Fall they get all the cool colors.

You can fly Greenville/Spartanburg, SC (GSP), Chattanooga, TN (CHA), Knoxville, TN (TYS), into American’s hub in Charlotte, NC (CLT) or Delta’s hub in Atlanta, GA (ATL). From any of these cities just rent a car and head towards the mountains.

Carolyn says “my favorite place to see the fall colors is in the Upper Peninsula of Michigan. The best time is about mid September. The foliage is spectacular.

The Traverse City area in Michigan is another great place in the fall. Lovely little city on the bay. There are more than 30 wineries close by most with free tastings. It’s a fun place to spend a weekend. I am from Michigan so I may be a little biased.”

Dena from twitter says “Leafpeepers will tell you Stowe is amazing. Hikers will enjoy the view from Stowe Pinnacle.” She also has an article at http://www.danahfreeman.com/top-5-thing-to-do-this-fall-in-vermont/ to help you decide.

Being in the northeastern U.S., this entire state will give you great Fall Foliage to enjoy.

You can fly into Burlington (BTV) with service on American Airlines (AA), Delta Air Lines (DL), JetBlue (B6), Frontier (F9) and United Airlines (UA). The other airport to try is Rutland (RUT) with service on Cape Air (9K) from Boston, MA (BOS).

Ray says “I’ve lived in Montana for 30 yrs, so , I have to say that Yellowstone park is hard to beat for fall colors and just being outdoors.”

Most of Yellowstone is in Wyoming, but much of it on on the border with Idaho and Montana. This year is a great time to visit since the National Park Service is celebrating 100 years of service.

There are several airports that will take you within the vicinity, then you have to rent a car and drive. Of course you will get a great view while flying in which is the best part I think.

Here’s a page to help you get to the Park: https://www.nps.gov/yell/index.htm.

And here are the closest airports:

If you are looking for other ideas in search of the Fall Foliage, try these links from my fellow travel bloggers: 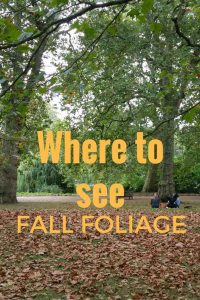 Where to see the Fall Foliage